A little late with this press release and you likely already read the release but here it is. Despite it’s huge initial print run with tons of variants, Undiscovered Country is going back for a second printing. We’ll likely see a 3rd as well..

I think with this huge initial print run, the winner books will be the Ashcan from SDCC and then the NYCC issues. On with the press release below: 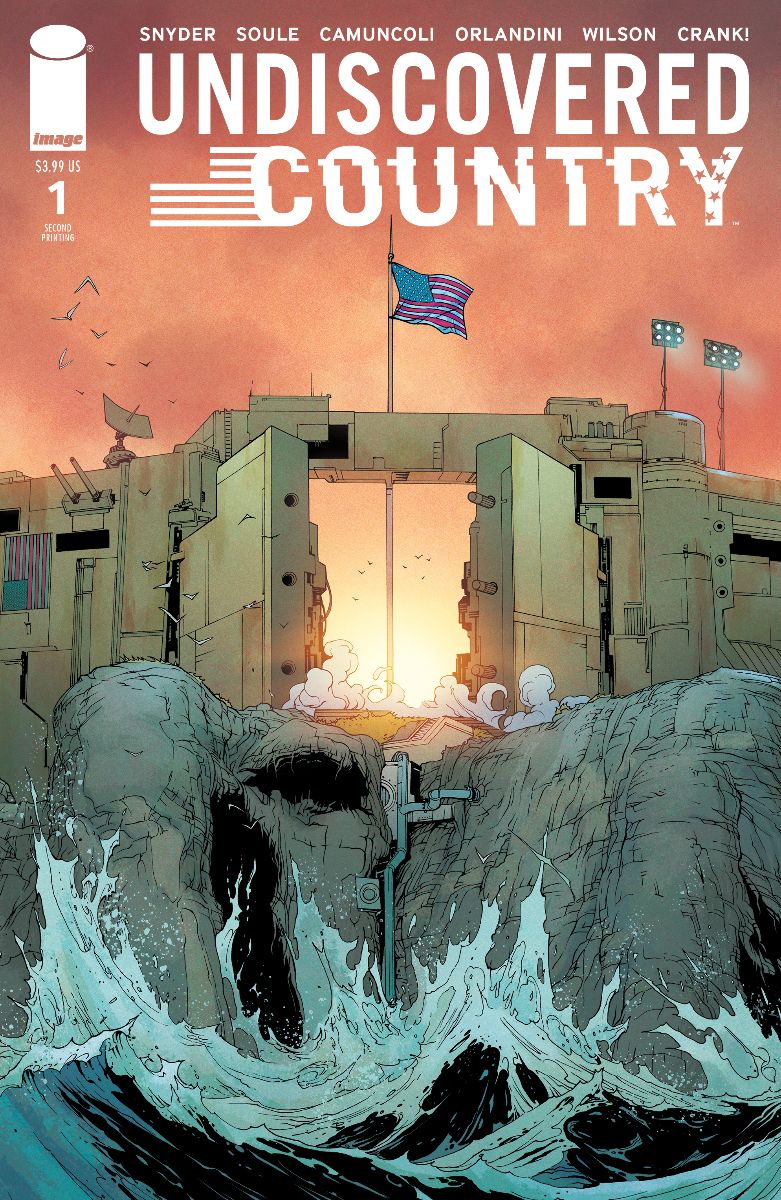 The full color, ongoing science fiction/adventure has been pegged as “the next Walking Dead” by many for its similarly sweeping worldbuilding and dystopian DNA. Entertainment Weekly likens the story’s landscape to that of Mad Max and predicts, “there are probably way more twists coming, and the art from Camuncoli and Orlandini promises that this will be a fun future to explore.”

In Undiscovered Country, readers journey into an unknown region that was once the United States of America—a land that’s become shrouded in mystery and literally walled-off from the rest of the world for decades. A small expedition enters the former US in search of a cure to a humanity-ending pandemic. They travel inward and learn the secrets of what America has become; each member seeking their own form of truth in the undiscovered country.

“The response to Undiscovered Country at all levels has blown my mind, especially for an original concept,” said Soule. “It’s tough enough even to get people to give your story a shot when there are so many other amazing books on the stands, so to get a second printing at this point… well, it’s a fantastic way to set off on the journey together. On to Issue 2!”

Camuncoli added: “This lovely news certainly corroborates the feeling that everyone on Team UC has had since day one—that is, that we’re doing something special here. I just want to thank every single one of you out there, friends and readers and colleagues, who either bought the book or sent us their love through the internet or at conventions: your support has been fundamental for us. Seems like we’re off to a great start, here’s to an even greater continuation! See you all down the (Undiscovered Country) road!”

Snyder said also of the second printing news and positive reception for the series: “I’m just floored. You never know how things will go when you do a book like this, because you’re building everything with your teammates from scratch, the characters, the world. All you can do is hope readers sense your passion for it and give it a chance. To see this kind of support for Undiscovered Country is overwhelming and, above all, inspiring. The best part is we’re just getting started! The series gets bigger and better as we go, promise. Can’t wait to take this journey with you all. Best fans.”