This one of Tom King’s best works to date and if you missed out, this is the next best way to read it in it’s entirety.

A super hero story like no other. He was created to kill the Avengers – but he turned against his ‘father.’ He found a home among Earth’s Mightiest Heroes and love in the arms of the Scarlet Witch – but it didn’t end well.

Now, the Vision just wants an ordinary life – with a wife and two children, a home in the suburbs, perhaps even a dog. So he built them. But it won’t end any better. Everything is nice and normal – until the deaths begin.

Collecting the first 12 issues of one of the most talked about titles out of Marvel is the next hardcover pick.

An ancient and primordial evil has surfaced beneath the streets of New York. With it, something equally disturbing has been awakened in Venom, that most wicked of web-slingers! The symbiote may still be a lethal protector of innocents in New York, but this never-before-seen threat may force Venom to relinquish everything it holds dear – including its human host, Eddie Brock!

Eddie and the symbiote summon the strength to defend New York against the most powerful foe they’ve ever faced, but one more thing stands in their way: Miles Morales, the newest Spider-Man! And relations between Eddie and the symbiote become ever more strained when new questions about the creature and its otherworldly origins come to light! Collecting VENOM (2018) #1-12.

Bradley of Him GN

Bradley’s gone running for a role, but his life is as hazy as a hot-road mirage.

A somewhat familiar method actor prepares for a role as long-runner under the heat and bright lights of a near future Las Vegas.

The lines between character and actor are blurring under the verisimilitude of the Vegas strip, the desert sun and the impossibly shiny surface of Bradley’s shades.

I’m not entirely sure what this is about. Maybe that’s how it made my list of books to check out as it makes it that more intriguing.

Pass Me By Gone Fishin GN

A queer, rural, Canadian, romantic tragedy. In this first book in the series, we are introduced to Ed as a retired man spending his time fishing with his close friend Rory.

Rocked by a recent dementia diagnosis, Ed attempts to keep a semblance of a normal life. As his health worsens and daily routines become increasingly difficult, his panic begins to grow.

Forget-ting what he orders every day at the diner, disoriented by a grocery list, lost in familiar spaces, Ed’s memories become a faded photograph of a past with the potential to disappear forever.

I love original graphic novel stories so this is another check out book this week.

This last pick we got a hold of an advanced review copy and intend to read. For anyone who loves stories from HG Wells and Bram Stoker, this one should be in your list of graphic novels to read. 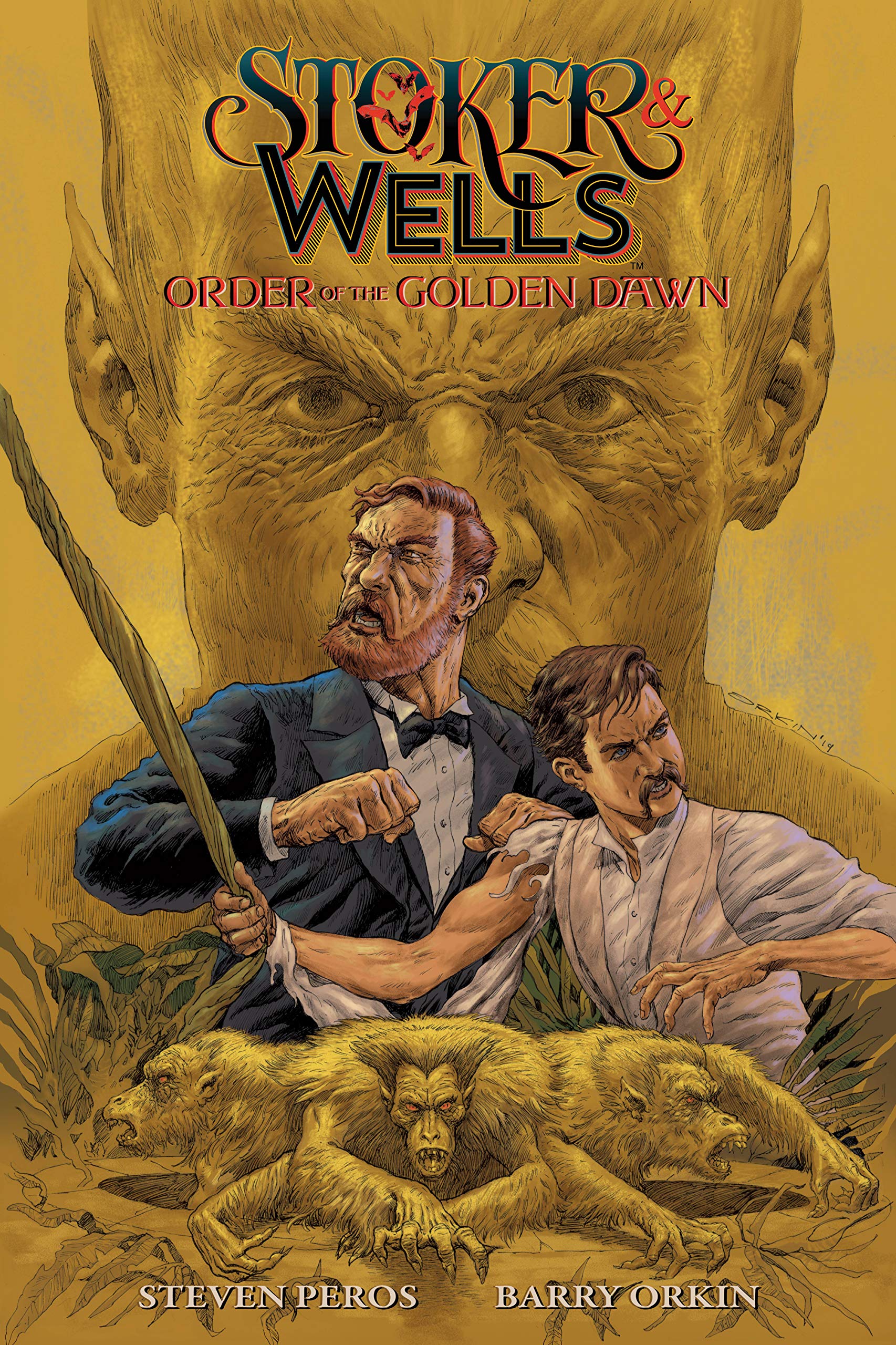 THE ABSOLUTELY TRUE STORY OF BRAM STOKER AND H.G. WELLS! …give or take 48 hours.

In London of 1894, a 20-something screw-up named H.G. Wells and a 40-something theater manager named Bram Stoker meet and have a thrilling, frightening, and extraordinary adventure that causes both men to finally step into the lives they were meant to live!

It is this shared journey that leads to the creative inspiration for each writer’s first great success – THE TIME MACHINE and DRACULA!