Weird week, very small week as things ramp back up, Dark Horse is all trades, with no new comics.

New #1’s
Deep Blue #1 – new series from small press publisher Mythos Comics that looks interesting. Dobbs is the lone human survivor of an artificial intelligence apocalypse. Tortured and interrogated by “mechs” who believe he is their creator, his only desire is to be freed from his torment… until he makes a shocking discovery that changes everything.

Faithless II #1 – mature themed book returns for a second chapter. There is an incentive Thank You cover that was one per store that could be a good grab.

Old Haunts #1 – New series from AWA worth checking out, will at least be a good read.

Rick and Morty Go to Hell #1 – Hell Yeah! Rick and Morty take a trip down below. I know a lot of spec is off the series but still a fun read.

Cimmerian Red Nails #1 – the next book in the mature themed Conan series that brings him back to his pulp roots.

Adventureman #1 – New series from Terry Dodson and Matt Fraction. In this WILDLY AFFORDABLE TRIPLE-LENGTH FIRST ISSUE, revisit how the legend of the greatest pulp hero of them all, ADVENTUREMAN, ended in a heartbreaking CLIFFHANGER with our hero facing execution at the vile hand of his ultra-nemesis BARON BIZARRE on the eve of the MACABRAPOCALYPSE…or did it?!? Eighty years after his apparent demise, single mother Claire and her Adventurefan son Tommy seem to be the only two people alive that remember the thrilling ADVENTUREMAN sagas…but from that memory burns THE SPARK OF RESURRECTION! WHERE HIS STORY ENDED…HER STORY BEGINS! This sense-obliterating, earth-shaking, imagination-quaking adventure that spans generations 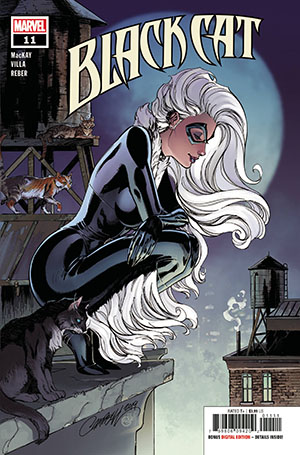 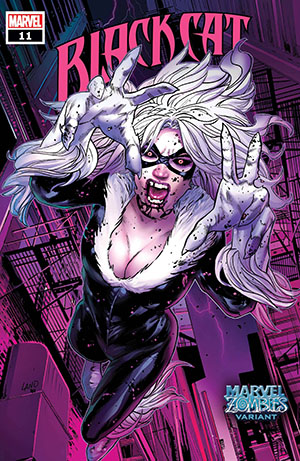 Black Cat #11 – Loving the J Scott Campbell cover on this regular edition. But I am liking the Zombie Variant by Greg Land as well.

Ones to Watch
Ice Cream Man #19 – We have seen Ice Cream Man random issues heat up because of covers. This cool how to be a ghost cover could be one of them.

Archangel 8 #2 – Midtown is limiting this one, shows the new publisher is getting good attention right from the start.

The Ones Everyone is Watching
Bitter Root #8 Purple Rain Cover – Nice looking homage to Prince. This book has a store exclusive virgin variant but if you see this one grab it.

Joker 80th Anniversary 100-Page Super Spectacular #1 – Punchline’s origin. We did spoilers on this one if you haven’t seen it

Small Press Pick of the Week
Zero Day Threat #1 – new series from Red5 which looks good. They have had several books optioned, so will be picking up one book at least. There is a 1:10 variant that could be a ghost. The 21st century arms race is a digital one. Instead of stealth bombers, governments are developing stealth malware for political and economical gain. Neumann, a secret government agency co-founded by the FBI, CIA ,and NSA, protects the United States from these next generation threats. However things go astray when a woman with no past washes up on the shores of Geneva with secrets that could bring down the agency in order to protect the United States real assets: its citizens.

Pick of the Week
Legion Of Super-Heroes #6 – a new character being introduced has driven the price up on this one. Find it and flip it.