New #1’s
Batman Superman Worlds Finest #1 – A new series teaming up Superman and Batman again. The Artgerm cover is really nice. Superman fan Jerry Seinfeld makes a cover appearance, and the Chip Zdarsky Batman Meme and Superman Meme covers are funny. Thats all before the 1:50 Doc Shaner Variant featuring Batman and Superman high-fiving on the cover. Hope the book has the same cheesy feel as the covers.

Rad Wraith #1 the A cover for this book is awesome, 80′ awesome. Rad Wraith is the story of a young skateboarder named Grom who falls victim to a prank-gone-wrong and dies at the bottom of a half-pipe. What his killers don’t know is that this half-pipe was built on cursed land, and now that curse is coming for them! This February, it’s time to skate…or die!

Slumber #1 – The writer behind Child’s Play and Kung Fury is behind this new Image series. Stetson is a nightmare hunter. A dream detective. She runs a shoddy back-alley business where she helps clients sleep at night by entering their dreams and killing their nightmares. But Stetson’s past comes back to haunt her when she tracks down a literal living nightmare – a serial killer that murders people in their sleep.

One and Done
Clay People Colossus #1 – Crossover potential. A biracial boy in the Midwest uses a supernatural gift from his grandfather to push back against two older boys who are terrorizing him. In a tale inspired by the song ‘Colossus’ by heavy metal band THE CLAY PEOPLE, intolerance, drug addiction, poverty, and boredom collide into a perfect storm of grisly revenge! THE CLAY PEOPLE is a rock band hailing from Albany, New York.

Stillwater By Zdarsky & Perez The Escape #1 – I love this series. They say that no one ever dies in Stillwater and no one gets to leave… …but even for those who have freed themselves of the town, is there truly any escaping Stillwater? In this groundbreaking extra-length special, CHIP ZDARSKY & RAMÓN K PÉREZ have assembled a dream team of acclaimed creators to answer all your BIGGEST questions before the final chapter of STILLWATER begins!

Notable Reprint
Land Of The Living Gods #1 2nd Ptg – Cool new Aftershock series that sold out before release. Going back for a second printing. Tons of store exclusives on it so Cover A for the win. 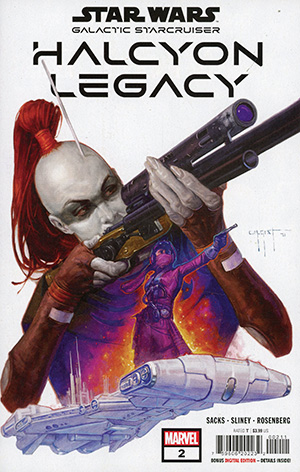 Small Press Pick of the Week
Playthings #1 – So true story, the writer Jon Clark and I went to middle school and high school together. Jon introduced me to horror movies in middle school and I have been hooked ever since. Anyway, fish forward a few years and I have helped get Jon get published and hooked up with Scout Comics. Anyway, this is Jon’s new book. Alison Hart wakes up inside a bright candy-colored room to discover that she’s tied down with licorice, small toys around her move because they’re alive, and her hands are no longer real. She struggles to piece together the surreal and horrific events that led her to this place and more importantly what has happened to her young daughter, Emma. I read this as a script and as he had the art coming in. Jon writes great horror.

Pick of the Week
Carnage #1 – Ram V. brings a fresh take on Carnage. We found out in Carnage Forever that we Carnage is now no longer tethered to a host. The solicitation promises that this story is going to be bigger and bloodier. Needless to say Carnage is hot and the new series will be a fun ride