Each week hundreds of new comics hit the stands, each with potential. We pick the ones we think have the best shot at heating up. Here are our picks of the week for delivery 11/30/16:
Man, this year has gone by quickly. Really, really, quickly. We have some great stuff coming up, and this week breaks the streak for small weeks for me. Here is what I am looking at.
Returning Favorites Image Plus #8 – Negan’s origin continues. This is a great quick read plus previews other comics. Seven To Eternity #3 – Book keeps selling out and going back for reprints. Bet this one sells out too. First issue going for over $20 Hillbilly #6 – Eric Powell returns with the story of the boy with no eyes who grows up to be the witch ass kicking, well, with hunter.

Kodoja 2 #1 – Loved the 215Ink first mini series about a man made giant kaiju. The story returns! MASK Mobile Army Strike Command #1 – The 80’s child in me is so excited. I loved the toys as a kid. Totally different size than GI Joe and Star Wars. Anyway, Paul Pope has a variant that I want but not sure if I will be able to find it. None on eBay right now and everyone is sold out. 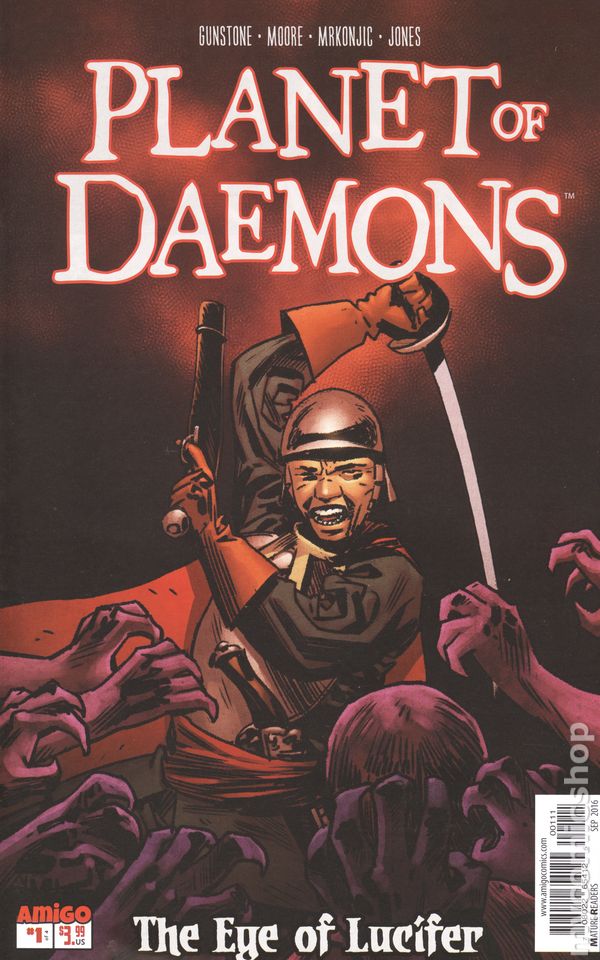 Planet of the Daemons #1 – New series from Amigo, but not written by El Torres. Good looking premise and art.

In the occult realm of the Qliphoth, the puritan magistrate Amos Deathridge serves as jailer of the daemons who cast a sinister influence over Earth. Arriving on the world of Sathariel in search of a spirit of war, Amos learns of the hatching of an all-powerful Succubus Queen. Travis is a cop. And a family man. And he’s the star of a reality show that follows his police exploits in his small town. The only problem is that ratings are slipping. When a group of killers target Travis, the small town cop must go to war to protect himself and his family, while trying to figure out who’s really after him. After all, ratings are king, no matter who gets hurt – or killed. 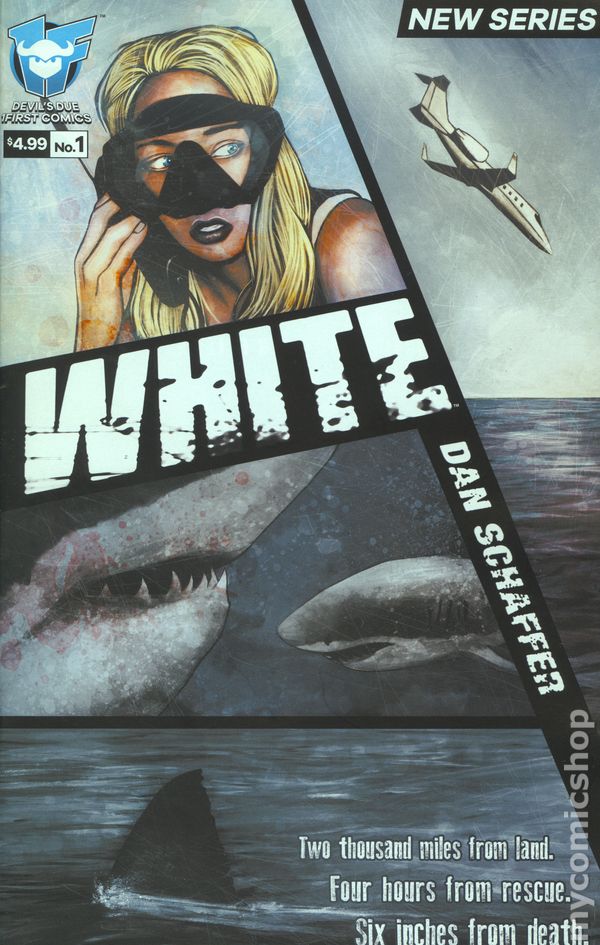 White #1 – Sharks are getting a lot of love. Three books, at least, with sharks as the villain. This one is done by fan favorite Dan Schaffer who did Dog Witch (think Tarot minus the nudity, I know why buy Tarot if there is no nudity). Man I love great white sharks. Dan’s graphic novel, the Scribbler is rare, valuable, and was turned into a movie (but a reprinted version can be found for $19 here.)

Eighteen-year-old small town girl Willa Harba starts a new job as a producer’s assistant at an LA film studio. It doesn’t take her long to discover the ruthless and brutal nature of the Hollywood apex predator. On the way to an oversea location, the studio’s private jet goes down in the Pacific. Willa is now faced with a purer kind of predator after surviving the crash. Two thousand miles from land, five hours from rescue, six inches from shark-infested waters.

Also, do not forget to get your free copy of DC Direct Currents, the new Wizard Style Previews magazine we reported about at Baltimore Comic Con