It’s that time again, the Tuesday evening pre-Wednesday new comic book day, the best day of every week (except last week, I didn’t buy a single comic). The day we spend all our hard earned cash on books we either cherish or sell to buy more books. That’s what’s money is for right? Spending.. cause we all know you can’t take it with you when you die, so you might as well spend it.
I’m also counting down the days to NYCC, it’s now just 1 month away. I’ve been trying to scrape together some books for signings in Artist Alley (the best part of the show) so in the process I’ve been gathering up books to list and sell

, so I have beer and food money while in NYC. Yes, it’s my shameless plug to sell my books. So  buy my books

, you’ll be making this chicken very happy with more beer (it’s really the only way to put up and tolerate Anthony anyway… ).
On with the picks….
DC/Vertigo
Savage Things #7 (Vertigo) – There’s not a whole lot going for DC this week except a bunch of reader issues. So I’m going to throw out some love for Justin Jordan’s Savage Things which has been a great read so far. Read more later in my “Avoid Picks” about DC Bombshells..
Marvel
Astonishing X-Men #3 (Marvel) Magneto Venomized Variant

– It’s a Mattina cover, at cover price. I love Magneto, one of my favorite Marvel villains of all time so this one is a cool cover to own for the PC. There’s a slight chance it goes up in value but if it does, it will be slowly over time.. 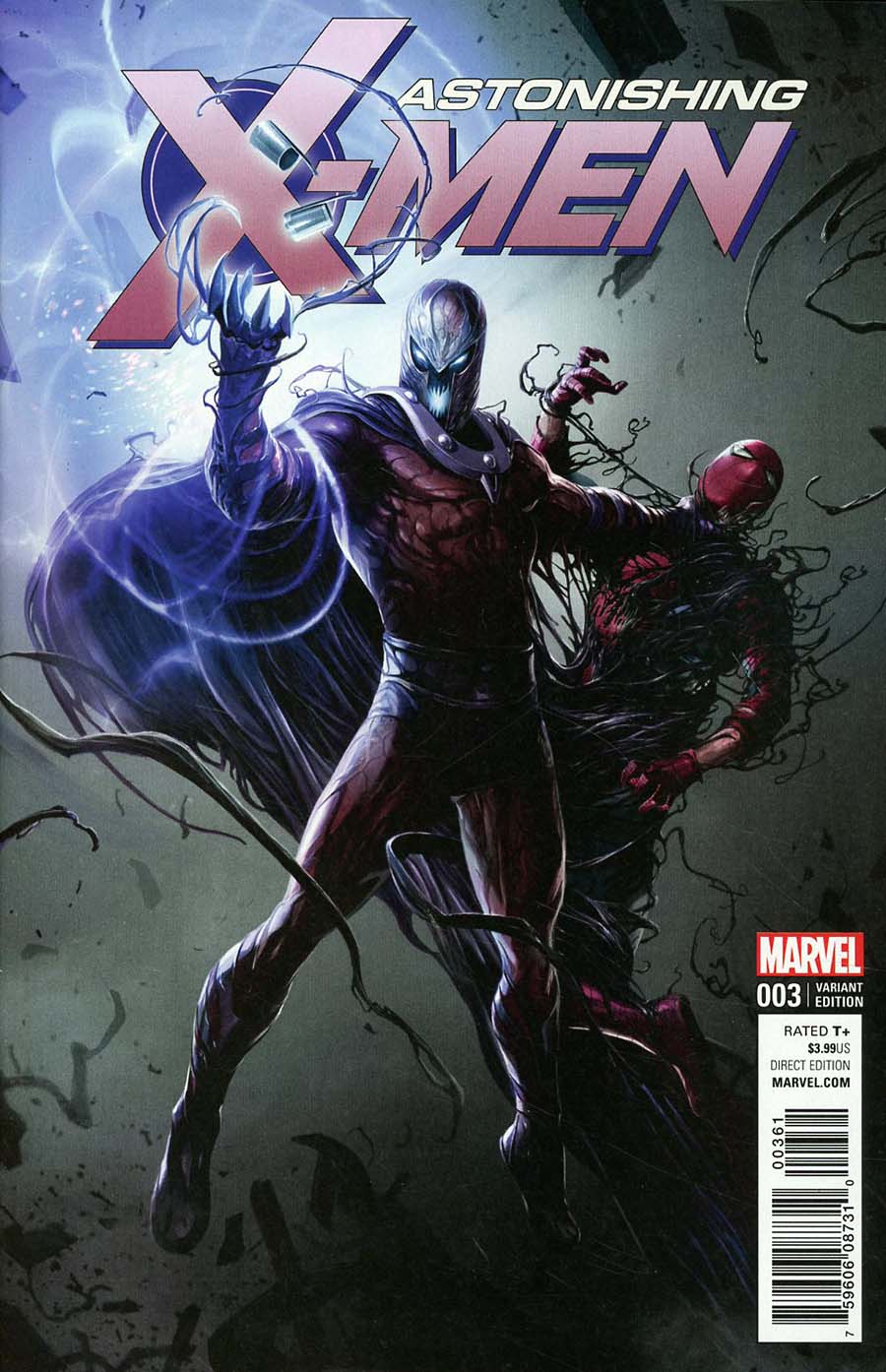 Small Publisher Pick
Of course I’m going to tell you to pick up a copy of the The Walking Dead #171. It’s got a new character, the Princess. Although I love Walking Dead, I hate this cover. There’s just something not right about her body proportion and Adlard’s covers are just getting worse and worse as time goes on (and this one shows he had help too by Dave Stewart). Maybe his hand is getting tired cause the art inside is getting worse too. Starts getting any worse, I’m gonna start a petition to make WD issues at $1.99 price tag for the sub par artwork.. Don’t get me started on Cover B (I hope this doesn’t turn into a normal thing with WD, I really liked the single covers for the most part on regular issues)… but Cover B just doesn’t make sense to me and Rick just looks weird.
My other small publisher pick goes to
Star Wars Adventures #1 (IDW) – Probably not as small since it is Star Wars but every Star Wars collector will seek these out, even if they’re meant for the kiddos.. cause you know, every kid can afford the $50 variants they’re putting out with this series.. Regardless, it’s Star Wars and I’m picking these up myself because I love Star Wars.
Indie Pick
Lazarretto #1 (BOOM!) – A story similar to Lord of the Flies, where youth try to govern themselves with freedom from authority but chaos emerges after a pandemic locks them within their University. Sign me up, sounds interesting.
Now on with the dreaded AVOID picks.. yes, there are books you should just avoid, whether it’s avoiding the potential high price tag or just books that might just likely suck, here they are.
Kingsman Red Diamond #1 (Image) – Yes, it’s on the Avoid list. Not because it’s a Millar book, but because it’s a Millar book he’s not even writing. Yeah, you heard that, Millar isn’t even writing this. Now, hat’s off to Rob Williams though. Spectacular writer. I think his “The Grievous Journey of Ichabod Azrael” was so underrated. It was one of my favorite reads. So he’ll likely do a great job, maybe even better job than Millar could have. But this is just a book for a cash grab. With 7 covers to choose from, avoid. If you do pick it up to read, that’s all you should do and just pick the cover you like best. This will not be a flipper book nor will it rise in value. If anything, over time, shops will over order and we’ll find these in the 50 cent bins.. My shop loves Millar books in the 50 cent bins. So wait if you want, you’ll find this book for cheap or just wait for the TPB to save some money (and hopefully no delays, so you can read it all at one time instead of spread out over 9-18 months).
The other avoid book is Fruit Ninja. Really? Fruit Ninja? Is this based off the stupid swipe game you download to play while your on the toilet cause you have such a bad case of ADD that you have to be doing something while even going number 2? Seriously, this maybe selling out online at some retailers but this will be that gimmick book very quickly, basically worthless and paper you couldn’t even use to wipe oneself with.
That’s all I got. BUY MY BOOKS