Final Order Cut-Off is the last day that shops can guarantee their orders for comics. After Final Order Cut-Off, or FOC, these books will only be available to retailers on Advance Reorder. And that is not guaranteed. So here are the highlights for Monday, 4/15/19’s FOC list. STAR WARS AOR BOBA FETT #1 – The Age of Republic series of one shots has focused on some of the most popular characters. Boba Fett appeared in the Jengo Fett issuers but here he stands on his own. (I will be shooting for the Concept Variant personally.) 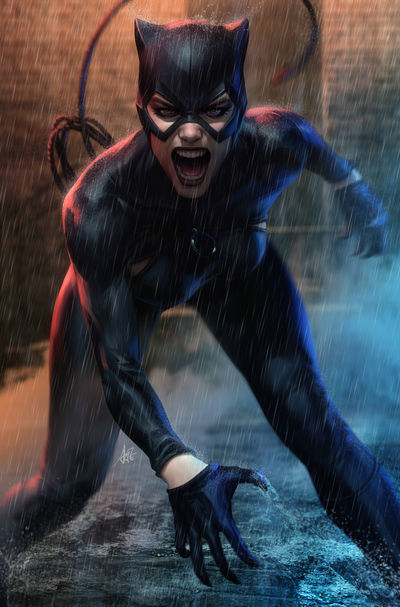 BATMAN WHO LAUGHS #5 VAR ED – Viktor Kalvachev cover. Not sure why the Batman Who laughs is white on the cover but it is pretty darn cool looking. I have been grabbing a lot of the artist B covers for the series.

CATWOMAN #11 ARTGERM VAR ED – Honestly the only reason I buy the series is for Artgerm’s covers. He has some awesome ones still coming up. Unnatural #9 CVR B CAVAZZANO – This book is an awesome read and keeps getting better. It is more than just pig nudity. Great series, great read, and has some issues that have popped on the secondary market.