Every week, hundreds of new comics hit the shelves, each with potential. Some live up to that potential. We pick the ones we think have the best shot at heating up. Here are our picks of the week for delivery 9/11/19:

Killer B’s
Justice League Odyssey #13 Lucio Parrillo Cover – Cover price Parrillo. If this was a store variant people would pay multiple times cover for the art. $3.99 for this one. 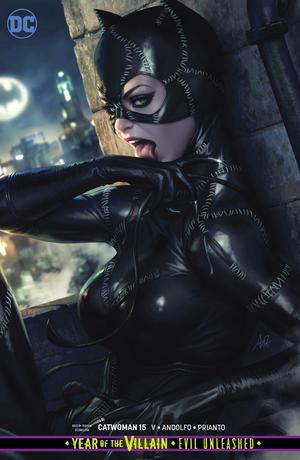 – Could this be IDW’s next hit?

Absolute Carnage Symbiote Of Vengeance #1 – We dropped the spoilers on this one already. A death and a change for Carnage.

King Thor #1 – Man, wait until you see the last page. But even without that, it’s Jason Aaron and Esad Ribic on Thor.

– The nefarious NIGHTMARE has come to Earth, and only Loki, ‘The God of Nothing,’ can stop him from trapping all of New York City into the Nightmare Dimension! But first, he’ll need to strike a bargain with a new and powerful force that will change the Marvel Universe forever. Who or what will Loki become when he steps foot into the mysterious HOUSE OF IDEAS? The solicit says it all. (Check Mycomicshop.com)

– Starling gets a back up story, but this is a 250th issue anniversary. Mile Morales has been awesome lately. (Check Mycomicshop.com)

Powers Of X #4 – Each issue has been going up in price. Grab them. Plus, it has been a hell of a story. (Already selling for $14 on eBay)

Small Press Gems
Beware The Witchs Shadow #1 – sold out early at many places online. Written by my friend Jason Pell. Worth the pick up.

– first issue was awesome and set the universe up well. Looking forward to this one. (Check Mycomicshop.com)

Midnight Sky #1 – New series by Scout Publisher James Pruett. We love Scout and glad to call James a friend. His writing is awesome and this is a can’t miss.

Small Press Pick of the Week
Once & Future #1 4th Print

– I have done well selling this book. Going to try again with this one. (Check Mycomicshop.com)

– Wait for the full spoilers. It is an awesome issue that will be the beginning of a change for certain characters. (Check Mycomicshop.com)