I’m big on trades and hardcovers and I meant to get to this press release a few days back. The holidays are busy busy, but here it is as this is a book I’m looking forward to as I never read the floppy issues.

The critically acclaimed indie superhero title—Cla$$war by Rob Williams, Trevor Hairsine, and Travel Foreman—will be available in trade paperback for the first time from Image Comics this July 2020. 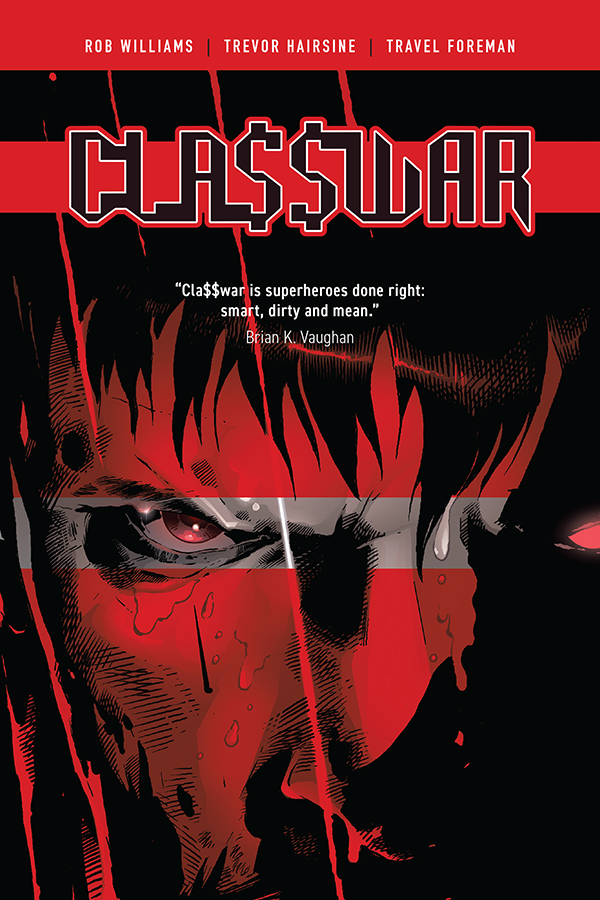 Love your country then rip it down! In Cla$$war, beloved supersoldier, American, uncovers the dark truth behind the White House and burns the word “Liar” into the forehead of the president on live TV. Now on the run with a rogue CIA agent, he intends to reveal everything he now knows to the world. Can his former teammates, the superteam Enola Gay, stop him?

“Cla$$war somehow feels more pertinent now than it did upon its initial release,” said Williams. “Taking down the liars, the charlatans, and the criminals in high office. That’s still a story we can all get behind.”

You can still find the single issues for fairly cheap on eBay as well.