A few days ago, Sony unveiled the title to the next Venom movie that also got a new release date, pushed back do to the current COVID-19 pandemic.

Here’s a brief look at the early key books that define who this character is and where he originated from.

For those who know the history of Carnage already, I’m willing to bet there are a lot of people who think Carnage primarily starts off in Amazing Spider-Man #361, which is the front runner in terms of popularity, value and collectible by most.

Carnage is similar in nature like Venom, Carnage isn’t Carnage until it bonds. The first bond was with Cletus Kasady, a pyscho serial killer who ends up meeting Eddie Brock as his prison mate in Amazing Spider-Man #344, which is considered his first appearance and a bonus, first full appearance of Cardiac. 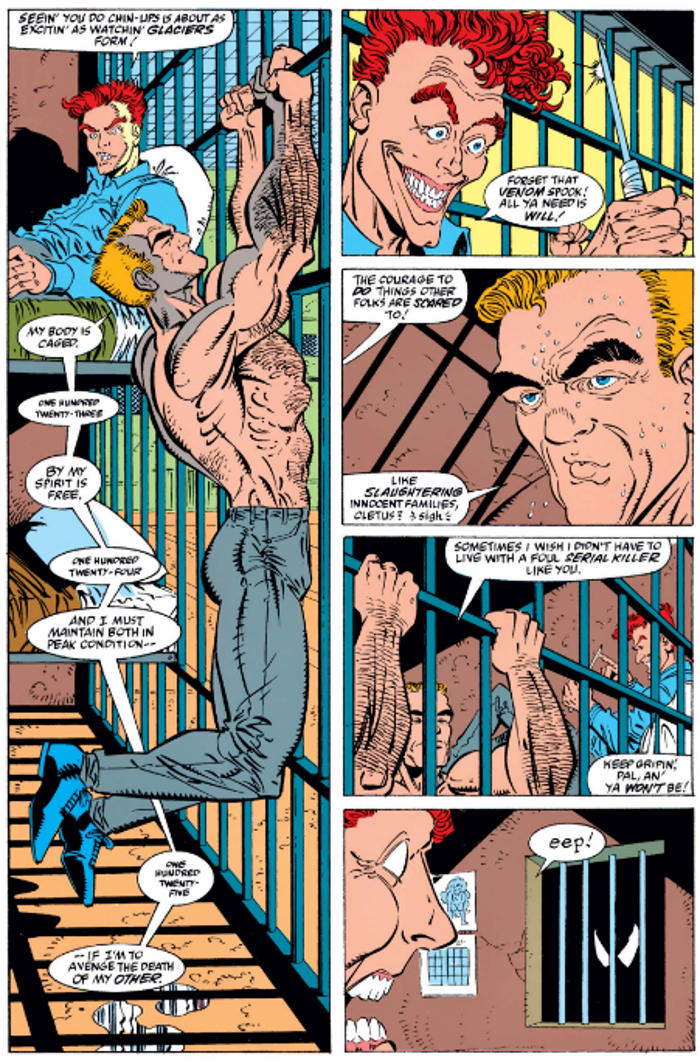 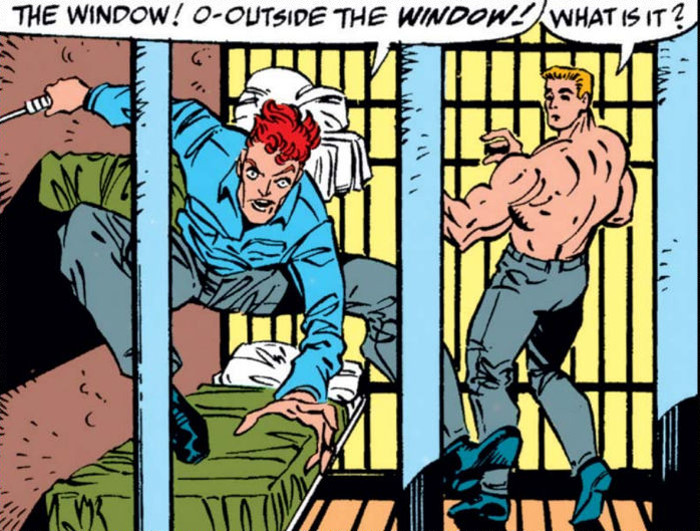 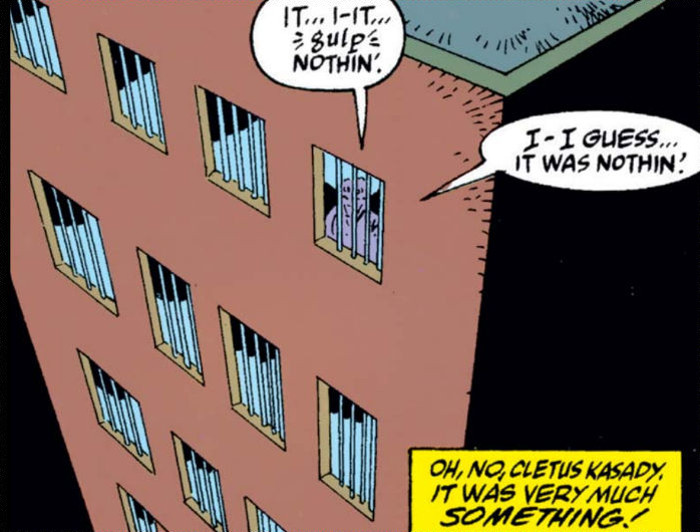 As you can see, they were setting up Cletus Kasady to be so much more from the very beginning in his first appearance.

Now, some will debate if the next issue is Carnage’s first actual appearance. Let’s review the panes from Amazing Spider-Man #345 where we see the next step in Cletus becoming the first host to what becomes Carnage. 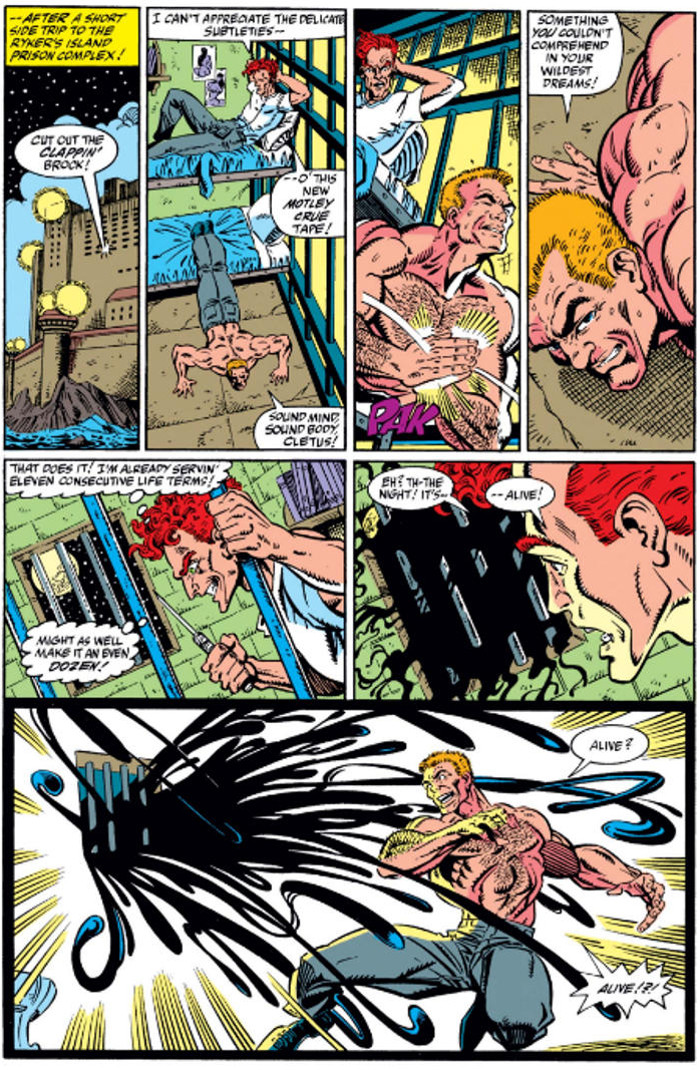 Let’s take a closer look at the last few panes, where we see the Symbiote that got left behind dripping near Cletus’s hand, which is where it eventually enters his bloodstream through a cut in his hand, to become Carnage, a new bonded type of Symbiote, instead of bonding on the outside of the host.

In Amazing Spider-Man #359 there is also a one pane shot of Cletus and the symbiote to show that they’ve now bonded, it’s still doesn’t show Cletus fully transformed in what most would call Carnage though. Let the debates begin, but this is still a very brief cameo if you ask me. 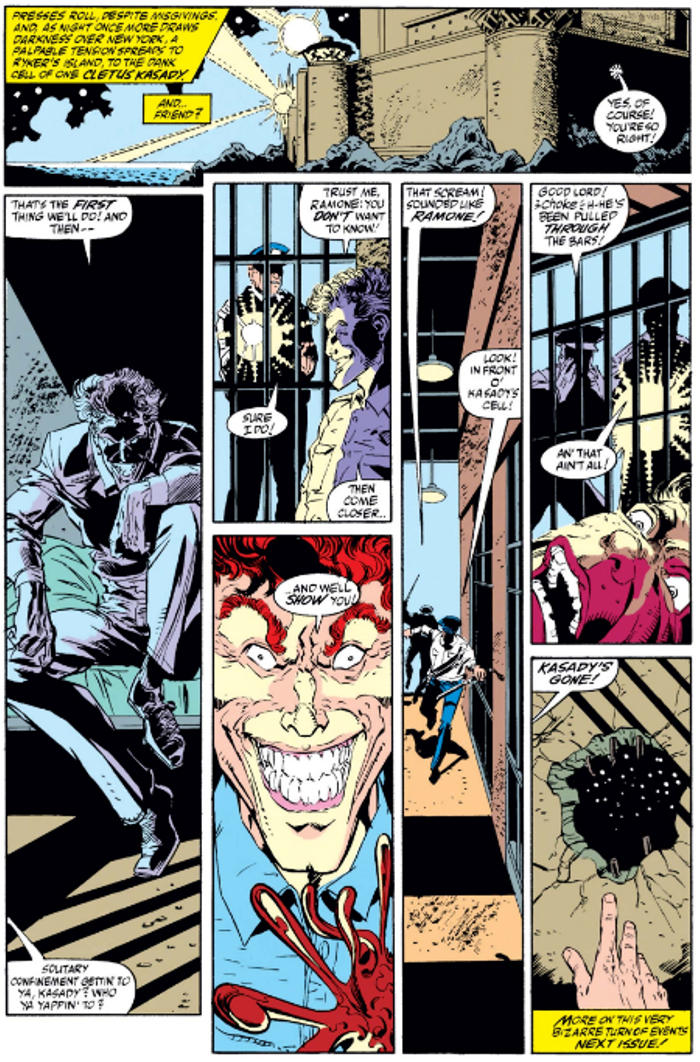 Now we fast forward to Amazing Spider-Man #360, where we get a one page appearance with most describing as a cameo of Carnage. Honestly I think Amazing Spider-Man #360 is an underrated appearance for Carnage. It shows him in more than one pane, he’s named and we get a glimpse of his face.

Now we all know Carnage kicks into high gear starting in Amazing Spider-Man #361 but with the new Venom movie now titled with Carnage as a major character, backed by Woody Harrelson who is a very popular actor, I think all these keys are great pickups if you don’t already have them.

So here are the Cletus Kasady/Carnage key books: LET THERE BE CARNAGE!

Editor Note: Added the new screenshot and inclusion of ASM #359 information as it was overlooked in the first publish.