Every week, hundreds of new comics hit the stands, each with potential. Some live up to that potential. We pick the ones we thin have the best shot at heating up. Here are our picks of the week for delivery 12/16/20:

Immortal Hulk #41 – Still going strong as a great read. We get a throw down between the Thing and the Immortal Hulk. There is also the King In Black Immortal Hulk one shot that looks interesting.

For the Cover
Rorschach #3 Jock Cover – Jock has a track record for putting out some cool covers. This is a pretty good one.

New #1’s
Post Americana #1 – New Image book. The Cheyanne mountain installation, aka The BUBBLE, is the most sophisticated super bunker in the world. It was built to ensure the survival of America’s executive branch of government and its most important citizens, should the unthinkable happen. When the world ended, the executive branch failed to reach the sanctuary, but the elite citizenry did. Eighty years later, one of their own has named himself the new President of the United States. His plan? Subjugate the survivors of the American Wasteland using the same bunker resources meant to rebuild it. The only thing standing in their way is a deadly Wasteland girl, hellbent on revenge!

Sam And His Talking Gun #1 – New Scout Comics Book. Sam stands in a room full of bodies, blood, and broken things. The only thing on his mind? Colt. His brother, blood or not. Colt, who killed the only other person Sam had left. Colt, who broke Sam’s mind, and left the shattered pieces in an asylum. But Sam is back. He has his talking Gun. And no matter the cost, no matter the consequence: Colt has to pay.

Sh*tshow #1 – New Scout Comics book. The world once had an Age of Heroes, where Legend, the Principled Protector of Peace, and his Legion defended the Earth from threats far and wide. Then, in the blink of an eye, unimaginably horrific forces catapulted the Age of Heroes into extinction! Now, as people wander aimlessly through a hero-less world, The Magnificent McCoys travel far and wide to showcase their powers for the almighty penny. Led by the drunkard Richard McCoy – the hero once known as Legend – the McCoys try to find normalcy in a world that is just slivers of what it once was. As the dust finally begins to settle, the dark force that looked to conquer the world returns to finish the job it started. Can Legend remain sober enough to put this mysterious force down once and for all?

Expanse #1 – Media tie-in, crossover potential. A new limited series event set between Season 4 and Season 5 of Amazon’s hit series The Expanse, the former longtime Secretary-General of the United Nations, has found herself relegated to Luna after losing the latest elections…and she doesn’t plan on going down without a fight. So when Bobbie Draper – a former Martian marine – brings her intel on an intergalactic black market weapons ring, Avasarala sees a chance to reclaim her former political position of power through a clandestine operation. But as Draper digs deeper into this secret cabal, she soon realizes the threat they pose is far larger – and closer to home – than either of them ever imagined

Variant To Watch
Firefly #24 FRANY Cover – Justine Frany seems to be the next trending artist set or a break-out. Find any of Frany’s work cheap, grab it. 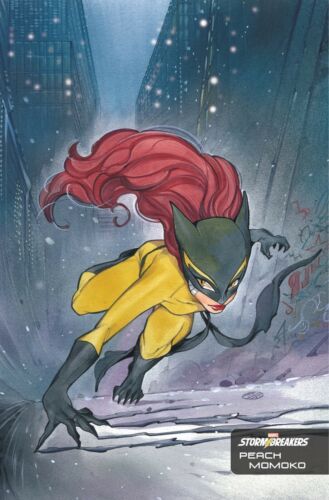 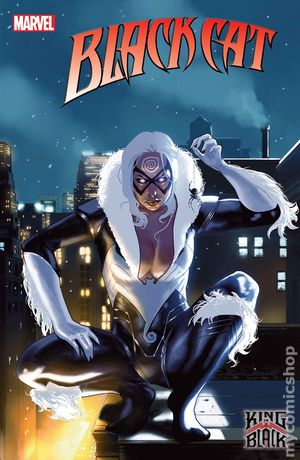 Iron Man #4 Peach Momoko Storm Breaker Variant – Peach is one of Marvel’s up and coming hot new artists, not that she hasn’t been a hot commodity all Covid season. This is a pretty sweet 1 per Hellcat cover.

Star Wars Darth Vader #8 Concept Design Cover – Best armor design for a Star Wars character in a while. Not the first cover, but a cool concept design cover. Both Asking and Completed prices are trending up

Black Cat #1 Knullified Cover – Just a cool looking Knullifed variant. Really just like the looks of this one. I am a dope for a great Black Cat cover.

Small Press Gem
Night Hunters #1 New small press book by Alexis Ziritt (Space Riders) and Dave Baker (F*** Off Squad) tells the tale of two brothers who have to navigate the futuristic cyberpunk world of Venezuela 100 years in the future. If you want to live in Gran Caracas you have two options: become a cop or die.

Large Publisher Flip of the Week
Wolverine Black White & Blood #2 Secret Variant – Maskless secret variant. These haven’t been holding value but are fun to collect. Grab a couple and flip.

Pick of the Week
Solid Blood #17 – This one is a weird one. No one is exactly sure what to make of this one. Rumors swirling. We will have spoilers on this one tonight. Needless to say, a lot of buzz on this one.