Every week hundreds of new books hit the stands, each with potential. We pick the ones we think have the best shot at heating up. Here are the picks of the week for delivery 2/3/21

This is a huge, wallet busting week, for new releases. Lots of cool things on tap so let’s dive in.

Amazing Spider-Man #101 Cover C Facsimile Edition – Great week for reprints as we also get the Facsimile treatment for the first appearance of Morbius.

Fear Case #1 – New Dark Horse series from Matt Kindt and Tyler Jenkins. 100 Bullets meets Repo Man. A no-nonsense Secret Service agent and his new-age partner investigate a mysterious box known as the “Fear Case,” which has appeared throughout history at sites of disaster and tragedy. Whoever comes into possession of this case must pass it on within three days or face deadly consequences. The agents must track down this Fear Case while staying one step ahead of a psychotic cult and the otherwordly forces behind the Case’s existence

Chained To The Grave #1 – Outlaw Roy Mason has come back from the dead, chained to the headstone that marked his grave. It’s a lawless time, a magical time, and the undead Roy soon finds himself caught between a rock and a hard place as he sets out in search of treasure. But Roy, trying to do right by the wife and children he left behind, soon finds out that everything is not always as it seems…

Deep Beyond #1 – Very cool new Image book from Mirka Andolfo. The 100 meets LOW, with a hint of Death Stranding. In an underpopulated future Earth, devastated by the dire consequences of the millennium bug, the survival of mankind – and, maybe, of the planet itself – is handled by a small number of people. Talented scientists who, despite the adverse situation and the stupid feuds that continue to divide the small number of people still alive, try to understand and study what is hidden in the depths of the abyss. Something mysterious and dangerous, which could eventually cause an even worse and more destructive catastrophe!

Devils Dominion #1 – Interesting looking new series from Blackbox Comics. Devlynn St. Paul sold her soul to the Devil to stop the horror being done to her by her brother. However, Devlynn reneged on the deal and now uses her demonic powers to hunt others who are demon possessed and have lost control of their lives.

Encoded #1 – New small press series from Devil’s Due. The Variant on this one is pretty awesome. What if our fears of a tyrannical A.I. turn out to be unfounded, but nevertheless, humanity forces this machine intelligence to fight back? In 2045 we survive a brush with oblivion when the A.I. AURELIUS achieves singularity, quickly deactivated but not without a fight. A decade later governments ensure it never returns by activating the “Analog Protocol,” frequently and without warning. Citizens must expect, at any time, to lose all digital capabilities. What they don’t know is that AURELIUS left a piece of its mind behind in a simple hemp farmer known only as Epictetus.

Luna #1 – New Boom series with a strong Jenny Frison B cover and Frison 1:25 Variant. There is also a 1 per store Thank You Variant. For fans of Faithless and Die comes a new dark thriller from acclaimed writer & artist Maria Llovet about a young woman named Teresa, who’s plagued by prophetic dreams that connect her to something powerful, something…divine. When Teresa fatefully crosses paths with the Family of the Sun, she believes them to be exactly what anyone else in the late ’60s would expect – a hippie cult whose leader claims to have met the divine. But secret blood rituals, powerful drugs and sex runneth amok will bring Teresa face-to-face with the truth about the Family, herself and the dark secret behind her dreams. Immortality, magic and alchemy, and the true power of enduring love collide in this new series for Mature Readers.

Redemption #1 – New AWA series, which have been awesome reads. The B Cover is an incredible Death by Frank Cho. The dusty desert town of Redemption survived the apocalypse but is hanging on by a thread. A despot rules the town with an iron fist and controls its most precious resource: water. When that strongman marks her mother for death, young Rose Obregon ventures into the perilous wasteland to seek the help of the legendary gunslinger Cat Tanner, only to discover that the so-called “Butcher” is long retired, living in solitude, far from what’s left of the world, and preferring to keep it that way. When Rose arrives on Tanner’s doorstep, with gunmen hot on her trail, the Butcher has a choice to make: sit on the sidelines or pick up her guns and do what she does best?

Specter Inspectors #1 – A book I am really looking forward to from Boom. For fans of supernatural stories like Blackbird and Vampironica comes a new series from Bowen McCurdy (The Long Way Home) & rising star Kaitlyn Musto introducing the Spector Inspectors, who live that Scooby Doo life chasin’ ghosts! True believer Noa, her cynical little sibling Gus, credulous camera man Ko, and skeptical Astrid head to one of the most haunted towns in America to prove that ghosts exist, for all the social media likes! The investigations of hauntings uncover something more devilish than just a couple of ghosts, something that will put Noa and Astrid’s relationship to the test……and reveal the centuries-old sinister secrets of the town itself. Every issue of Specter Inspectors is oversized, featuring more than 30 story pages.

Ones to Watch
Avengers #42 – Spoilers later, we get a look into Thor’s parentage, who the momma really is.

Returning Favorites
Venom #33 – The Cates Stegman run is coming to an end. She interesting developments happen this issue. Look for spoilers later.

Immortal Hulk #43 – Just an all around great series mixing super-heroics and horror themes. Shooting for the Homage cover myself. 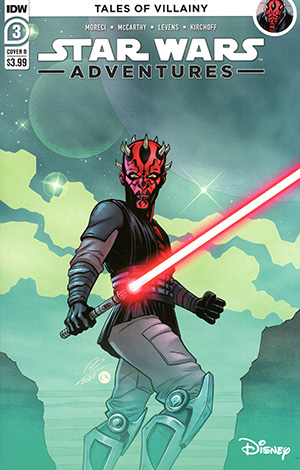 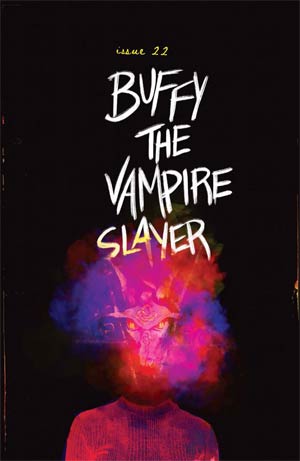 Star Wars Adventures #3 – Pretty sweet Darth Maul B Cover. I try to grab Maul appearances when I see them.

Buffy The Vampire Slayer #22 Becca Carey Ring Of Fire Cover – I loved the old Buffy movie and TV show, but just have never followed along with the comics, but this is a great looking cover

Small Press Picks of the Week
Star Wars High Republic Adventures #1 – tons of new first appearances. You have to love a new title for Star Wars in the midst of Star Wars-mania. If you can find the 1:10 Variant, grab them

Maniac Of New York #1 – Slasher stalking New York City in this new Aftershock series. This is the book I am personally most pumped for this week. This is another one that if you can find the Variant for, grab it. Four years ago, a masked slasher began stalking the streets of New York City. Maniac Harry is inhuman, unkillable and unstoppable. Which is why the authorities’ solution has been to ignore him, and let New Yorkers adapt to a world where death can strike at any mo-ment. When Maniac Harry starts killing his way through the subway system, trauma-haunted political aide Gina Greene and disgraced NYPD detective Zelda Pettibone become determined to go rogue and destroy him. But how can they fight a monster when they can’t fight City Hall?

Pick of the Week
Star Wars High Republic #2 – Star Wars hype is at an all 2time high. No way to pass up the second issue of a hot new Star Wars series. This is a no-brainer. Again, 1:25 incentive is gonna be hot.