This first one makes the list only because I just absolutely love the cover art for Haha #4 (of 6) (Cover B – Shea). This new series seems to have most enjoying it. I was iffy from the first issue but have not had the time to read the second yet. However, if this Radian Black series stays on track and ever becomes more than just a comic with a following as well, these additional prints could be worthy as they’ll be harder to find.

Radiant Black #2 (2nd Ptg) is on FOC this week. I like this cover. It’s simple yet draws you into what’s likely happening in the pages within. I love Godzilla so this next one with the photo variant is a likely must for me. Big fan of Hans so this next one for Alien #2 (Hans Variant) is a no brainer pick up. And just to mention, it’s not on FOC until next Monday, I still feel the need to point out Alien #1 (2nd Ptg Larocca Variant) is pretty cool. Given the fact that Alien #1 was probably a huge print run, most shops might not go heavy on the 2nd printing so if this series proves worthy over time, could be a cheap gamble (unless you’re buying for the personal collection). What’s going on in Captain Marvel #28? Is she now a sorcerer supreme? I’m not into the Reborns event but I do like this next cover being a Thanos fan for Spider-Woman #11 (Pacheco Reborn Variant). Black Cotton #1 gets a second printing. A story where the societal roles are reversed between whites and blacks. I’ve only gotten through the first issue so until they do something groundbreaking, this title is on probation for me. I believe the next issue comes out May 12th. 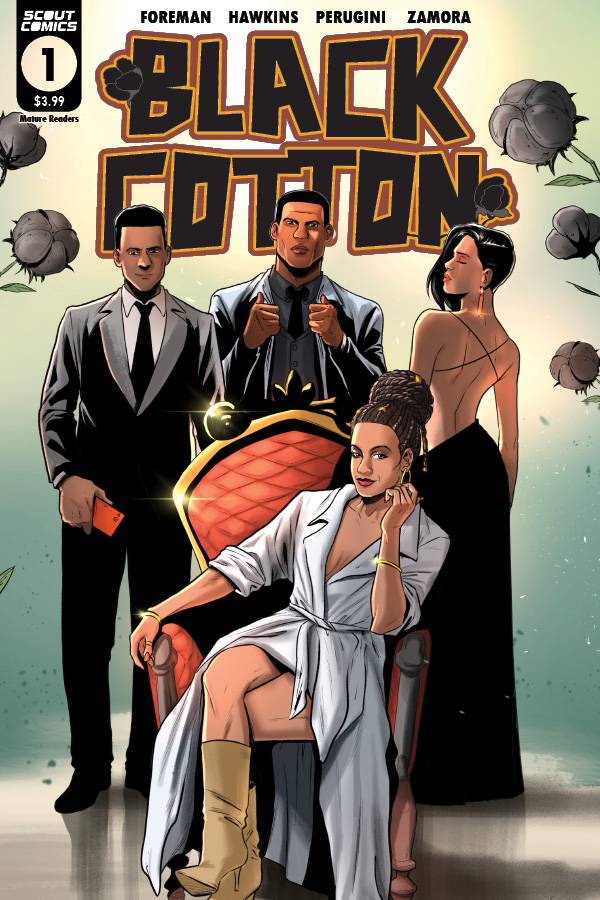 Specter Inspectors #1 (of 5) gets a second printing and if this turns into an ongoing series since most BOOM! titles always start out as mini-series, we could see rise of the additional prints that BOOM! loves to create demand over with their marketing shenanigans. I have yet to read this, is it any good? Sounds like Scooby Doo all over, which kind of puts me off since I love Scooby Doo and I think the Scoob’s sets the bar pretty high with teenagers and such chasing ghosts..