Every week, hundreds of new books hit the stands, each with potential. We pick the ones we think have the best shot at heating up. Here are the picks of the week for delivery 4/21/21

Smaller week than normal, we combined the Picks of the Week with the Pre-game report somewhat. Still some money to be made this week.

New #1’s
Cojacaru The Skinner #1 – New book by Mike Mignola. Cojacaru the Skinner, the strange and enigmatic bane of Eastern European witches, has been dead many years. But from a bloodied French town in the throes of World War II, a plea for help carries across the winds of time. A desperate band of resistance soldiers and their white witch allies rest their fate in the hands of Cojacaru’s ghost. And when she answers their call, it will be heard near and far.

Godzilla Monsters & Protectors #1 – I love kanji books and Godzilla is King of the Monsters. Hard to pass this new one up.

Way Of X #1 – New X-Men series. Mutantkind has built a new Eden… but there are serpents in this garden. Some mutants struggle to fit in. Some mutants turn to violence and death. And the children whisper of the Patchwork Man, singing in their hearts…Only one mutant senses the looming shadows.

Many Deaths Of Laila Starr #1 – New Boom series, and Boom has been hot (or full of FOMO at least) so do not miss out on the first print of the new series, it has already gone to a 2nd Print (which will probably be allocated). A powerful new series for fans of The Wicked + The Divine and The Dreaming from Ram V (Justice League Dark) and Filipe Andrade (Captain Marvel) that explores the fine line between living and dying in Mumbai through the lens of magical realism. With humanity on the verge of discovering immortality, the avatar of Death is fired and relegated to the world below to live out her now-finite days in the body of twenty-something Laila Starr in Mumbai. Struggling with her new-found mortality, Laila has found a way to be placed in the time and place where the creator of immortality will be born… But will Laila take her chance to permanently reverse the course of (future) history…or does a more shocking fate await her?

Unikorn #1 – New all ages from Scout. Book has already been optioned. Not many copies on eBay but a ton of sold ones. Cover price is $1.99 but selling for $3. 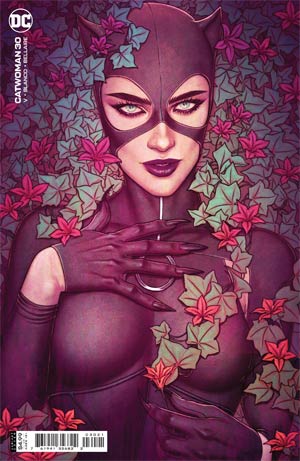 Catwoman #30 Jenny Frison Cover – loving Frison on Catwoman. These are just great covers to have.

Nightwing #79 – New character rumored to appear. Sold out at many of the bigger online stores. Will have spoilers later tonight. Already selling in the $9-$10 range. Check Mycomicshop.com tonight.

One to Watch
Captain Marvel #28 – Not sure if she gets mystical powers from her one night with Dr. Strange, but the cover proclaims Captain Marvel Sorceress Supreme. Sold out at Midtown.

The No Brainer Pick
Geiger #1 GITD Cover – I love Glow in the Dark covers and Geiger #1 is releasing a GITD Variant (a few weeks late). The other covers are doing well on the secondary market and we are already seeing sales o $15 for the GITD cover. Check Mycomicshop.com for these tonight.

Small Press Pick of the Week
You Promised Me Darkness #1 – Clearly the winner based on Secondary Market Sales. Find it and grab it. Approximately every 75 years, Halley’s Comet orbits around the sun, and every time this happens people around the world are born with incredible abilities, special auras that grant them with supernatural skills, but those auras can also be cursed. Yuko and Sebastian, two siblings with special auras are constantly running from an evil being, known as the “Anti-everything,” who feeds from these special auras, getting stronger with each intake. This being is obsessed with these brothers’ auras and will not stop until he feasts on them. Check Mycomicshop.com tonight for copies.

Pick of the Week
Batman Fortnite Zero Point #1 – Comes with a code for a free Fortnite Skin…. These are selling for $14-$18 on eBay already. Now the skins will come out in the item shop later, but good chance to flip the book and the digital code quickly.