Small week for comics, feels like a fifth week.

New #1’s
Collector Unit 731 #1 – Historical Horror. A man can go by many names, and when someone has been around as long as Michael, he can gain more than just a few aliases. Now he’s Michael Smith, but back in the 1940s he went by James. When the obituary for John, who Michael met during WWII, comes up in the paper, Michael finds himself reflecting on a lifetime he left behind–and the horrors and experimentation he, John, and others, endured at the infamous Manchuria-based Japanese facility known as Unit 731.

Corollary #1 – New Source Point series. In a galaxy filled with twin moons, twin suns, and twin planets, everything comes in twos. Even the people. And if your twin dies … so do you. This is the way it’s always been. So, when Captain Andromeda’s twin loses her life in a far-off military battle, and Captain Andromeda herself DOES NOT die, needless to say, the universe demands answers. Answers that the Captain is willing to give … to the highest bidder, of course. This is COROLLARY – a four-issue bombastic sci-fi romp.

Dark Beach #1 – Earth has been drifting away from the sun for three hundred years, but that doesn’t stop Gordo, a crime scene photographer living inside the dome-protected city of New Reykjavík, from dreaming about its warm glow. Is the sun as dangerous as the NRCE (New Reykjavík Corps of Engineers) led everyone to believe or will a murder rife with old sun mystery throw Gordo down a rabbit hole to find the truth?

One and Done
Secret History Of The War On Weed #1 – by by Gerry Duggan by Brian Posehn. A true story and lost chapter from our nation’s sad and failed war on drugs. The year is 1985. The First Lady decides to crush Northern California cannabis farmers and deploys the biggest tool in the armed forces: Scotch McTiernan (collectible first of many hilarious appearances). ‘If it weeds…we can kill it.’ Scotch puts his boots on the ground in Humboldt and does what he does best-but what happens when he gets high for the first time? This one-shot has it all: laughs, tears, heart, action-plus, an activity page! A portion of the proceeds from this comic will be donated to organizations dedicated to helping casualties of America’s immoral drug war.

Captain America #0 – Next chapter in the two Captain America’s lives. When Arnim Zola launches a catastrophic attack on New York City, he meets his match – in Sam Wilson and Steve Rogers! In the explosive battle that follows, two Captain Americas prove better than one, and Sam and Steve decide they might just keep a good thing going.

Doctor Strange Nexus Of Nightmares #1 – Nightmare has invaded Doctor Strange’s dreams and turned them into terrible nightmares! These dark feelings now inhabit every fiber of Doctor Strange’s waking life and has left him weak and unable to protect the realm! Now, Baron Mordo and Nightmare are ready to strike! Can Stephen shake Nightmare’s grip over him? Or will the world be lost to Nightmare’s dream realm forever!

Rags Sailor Ragowski #1 – The awesome self published book Rags returns, Rags vs Yokai. In an alternate reality, Regina Finnegan Ragowski is a newly minted Marine stationed on Okinawa, a dream assignment for a super-weeb. But what happens when she finds out her Japanese tutor is one of Japan’s top-ranked superheroes? And what happens when that mantle is suddenly thrust upon her? The firing range is hot! READY! TARGETS!!!

Classic Pulp Robots – Not sure where to put this, on the notable reprints or the “For the Cover.” This issue features the cover to Startling Comics #49, with the cover that looks very much like Bender from Futurama. Anyway, the insides feature reprints of Golden Age Sci-Fi comics. Win win. This one will sell for the cover alone, however, such a classic. 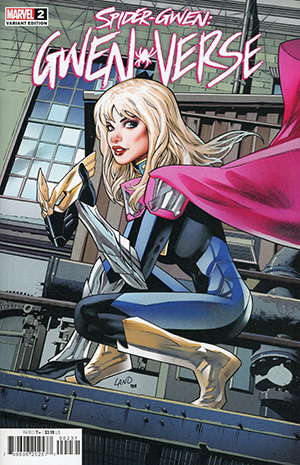 Small Press Pick of the Week
Black Caravan Premiere David Byrnes Canceled #1 – Friend of CHU and all around good-guy David Byrne Returns to Scout’s Black Caravan imprint with this new horror series. When washed-up kids show host Larry finds himself replaced by Cruncho the Clown, he tries to destroy the local town television tower, but instead gets himself electrocuted…and sucked into the airwaves. Canceled crosses four eras with four different artists

Pick of the Week
Hulk #6 – Titan Hulk arrives. Being called a key as the deadliest form of Hulk hits the comic pages. Spoilers tonight.