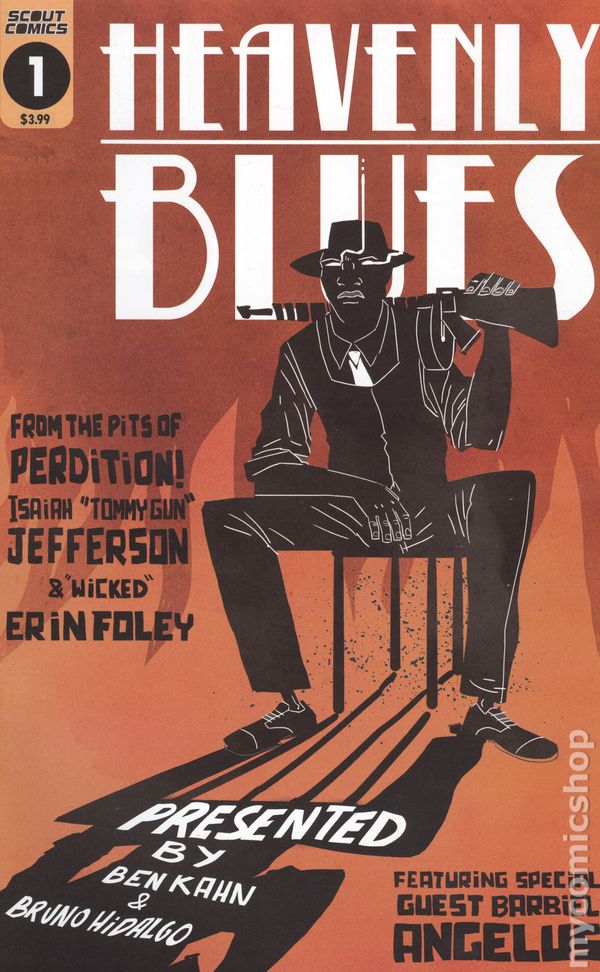 You can still find some at cover price here. The news just came out so there has not been many sold on on eBay

. There are several exclusives, including a NYCC one

, which are reasonably priced.
Created and written by Ben Kahn with art by Bruno Hidalgo, Heavenly Blues is published monthly by Scout Comics, with issue #3 hitting comic stores this past Wednesday.
An OCEAN’S ELEVEN-type story set in the afterlife, this stylish, commercial, and organically diverse crime-adventure story is centered on the greatest thieves in history – a witty team consisting of a 1920’s mobster, an Egyptian grave robber, a Salem witch, a 16th century Ninja, and an outlaw from the Old West – who team up to pull the ultimate heist for an Angel in heaven, in order to finally escape an eternity in hell.
“We are thrilled to work with the team at 51 Minds to bring the world of Heavenly Blues to life,” said Scout’s CEO Brendan Deneen. “Ben and Bruno have created a remarkable story filled with fantastic characters and we can’t wait to bring them from paper to screen.”

11 thoughts on “Heavenly Blues Optioned as Movie, Announced at NYCC﻿”