Long ago, there was a book Robert Kirkman put out called Hardcore

that had potential to be a pretty good book. I actually liked it and owned it when I first started to get back into comics. I was actually confused on why it didn’t have any issues beyond issue #1.
It now looks like that book is coming to life again, from writer Andy Diggle and Alessandro Vitti.

immediately appealed to me,” said Diggle. “It’s been a pleasure to write and expand upon this idea, and I can’t wait for comic book readers to see where HARDCORE goes.”
Imagine being able to take over the body of anyone on Earth in order to track down a rogue nuke or assassinate a dictator. Sound crazy? Not for Agent Drake and the Hardcore Program. They can turn anyone—your neighbor, your co-worker, your spouse—into a human drone to get to targets that normal soldiers can’t.
Drake is the best soldier Hardcore has to offer. But when the Program itself gets hijacked, he finds himself stranded in a body—with only 72 hours to neutralize the threat. But who can he trust when his enemy can change their appearance as easily as the rest of us changes a shirt?
“I’m very happy and honored to have worked on HARDCORE,” added Vitti. “Seeing my name next to Andy Diggle for this project is fantastic. I’m thankful to Jon Moisan and his colleagues at Skybound, and Image, for giving me this opportunity. I can’t wait to share this project with readers!” 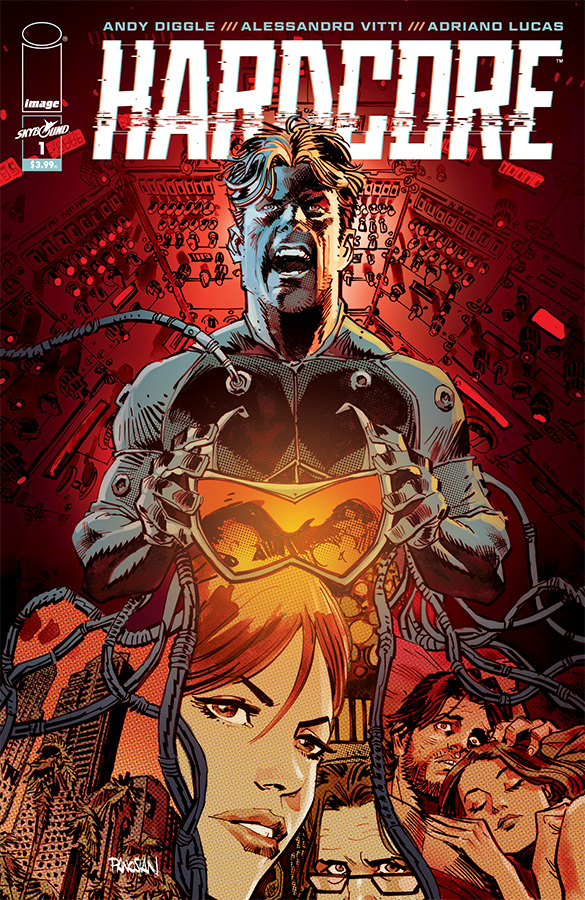 2 thoughts on “Hardcore Gears Up To Save The World”