Welcome once again to the second installment of the One Week Later Report. This week we’ll cover the books released for 10/03/2018.

A new Mattina book heated up before release date with some retailers claiming they were shorted. We saw some really horrible foil covers all arrived damaged from for DC (bad idea using such thin stock) and many others. Let’s do the week in review.
DC Books 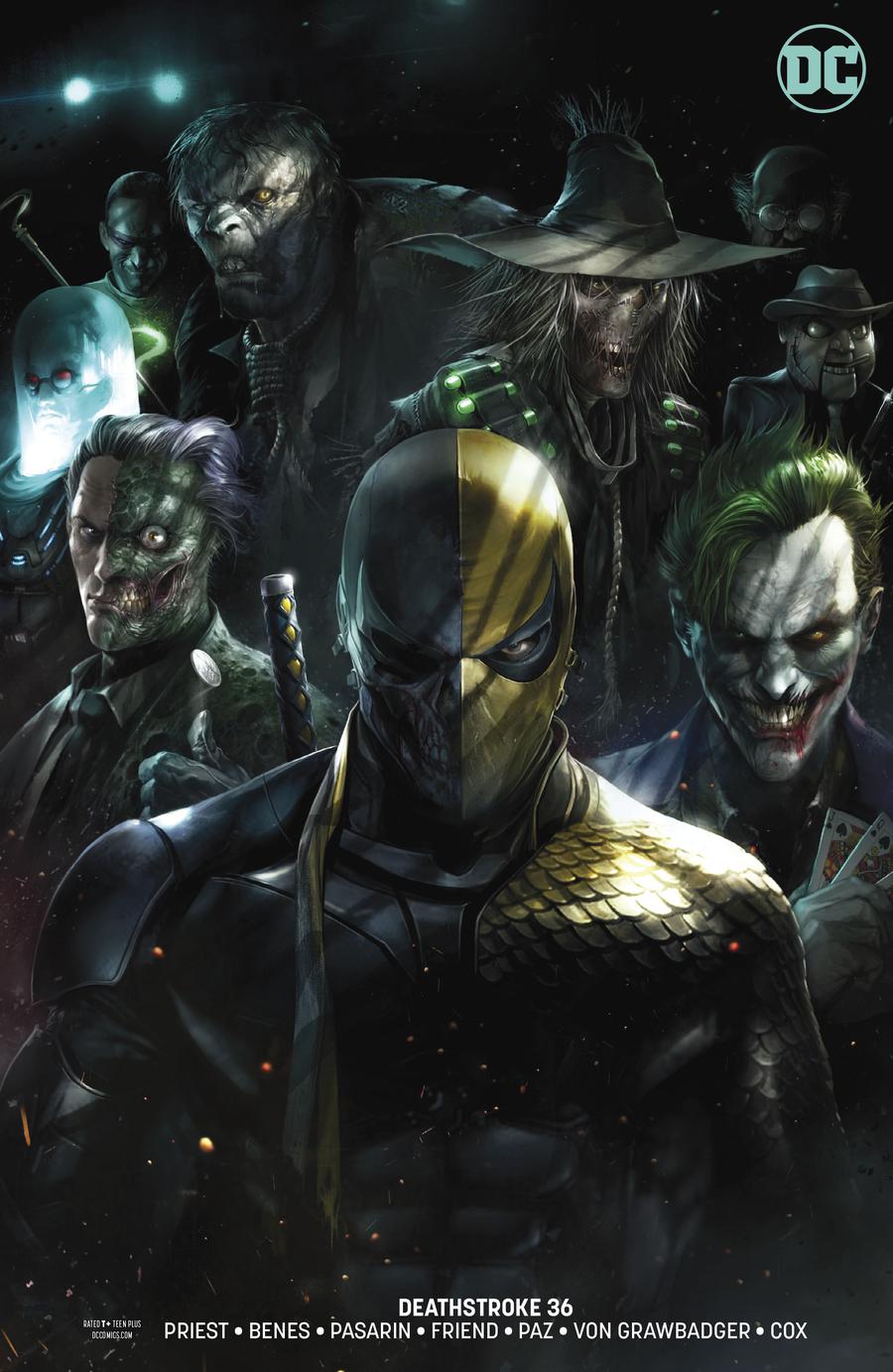 The clear winner from last week was the book it seems no one could even get in some areas. This was Mattina’s Deathstroke #36

Cover Killer B.
I was actually at Midtown in NYC and they all claimed they were shorted copies everywhere. That’s the word on the street at least and from what I overheard one employee telling a potential customer at the store in Times Square.
This quickly jumped to be around a $50 book but some recent sales are now around the $10 to $15 range. If you missed out and you need this for your Mattina collection, now’s likely the time to buy.
It’s strange that we always mention or point out these Mattina covers but the once we stop spending time on them, an issue pops. Was it due to limited availability or because it’s Mattina or just the artwork. We can keep guessing how many licks it takes to get to the center of a Tootsie Roll lollipop but the world may never know. 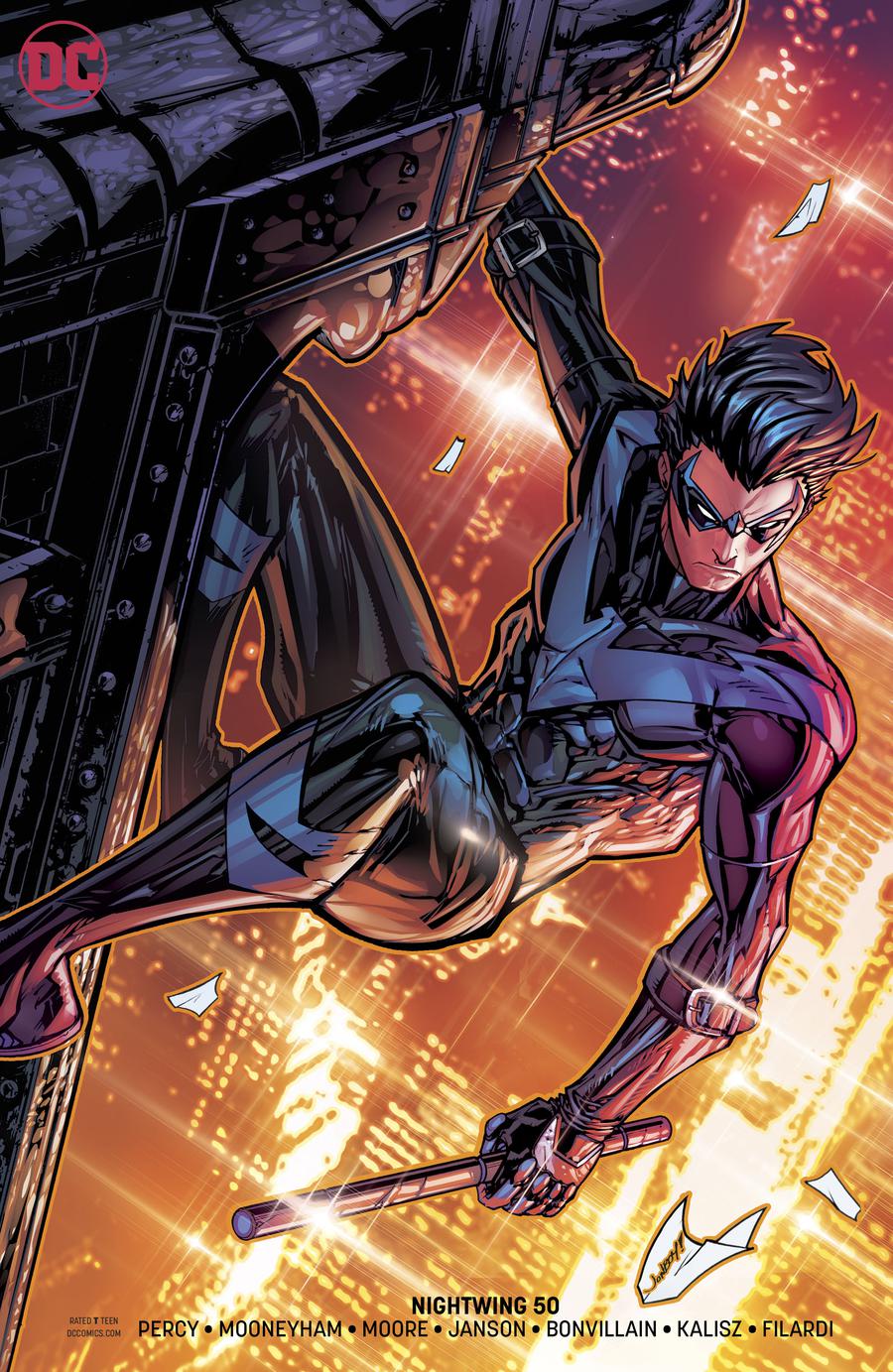 actually was sort of a surprise after digging around recent sales. Seems sets of both A & B have sold as high as $20 range.
Most sales have been cover price or a little over but with the few sales peaking over $10, might not be a bad flip if you find some out in the wild.
The winner out of both covers is the Jonboy Meyers

cover that most are listing from $10 to $15 currently at time of writing. 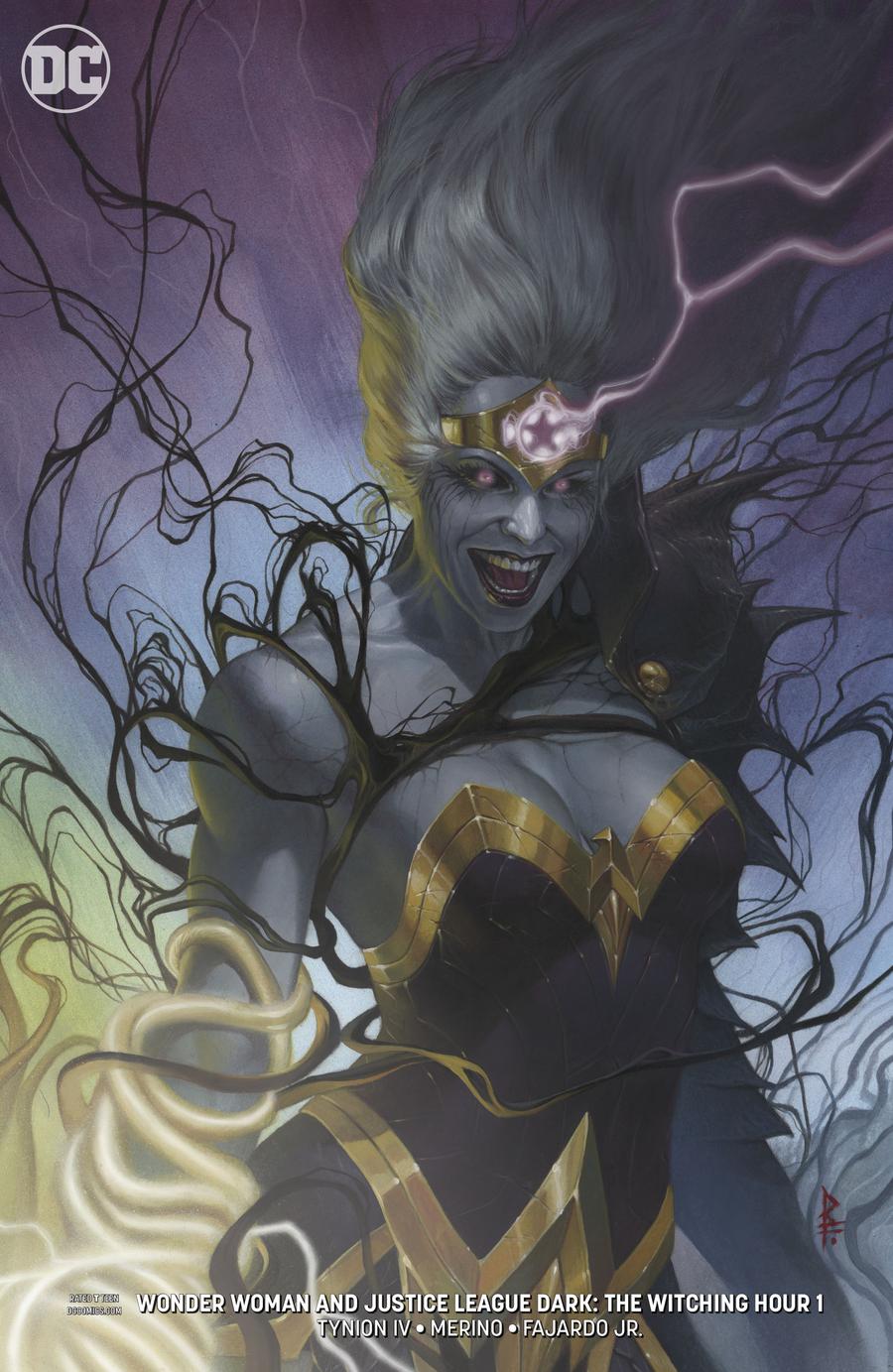 Variant Riccardo Federici Cover   Killer B cover done by was not a bad pickup either this week to round out the top DC books, which surprisingly had a really good week for flip potential.
These saw a peak of up to $20 range, had solid sales in the $15 range and still are being listed in the same range of $10 to $15. I’m kind of kicking myself now as I saw a nice stack of these at Midtown last Wednesday.
I guess with the convention, I just didn’t have that much time to be looking up sales and such for the week in review. I’ll just have to do better next time so I don’t miss out on potential flips.
Marvel Books 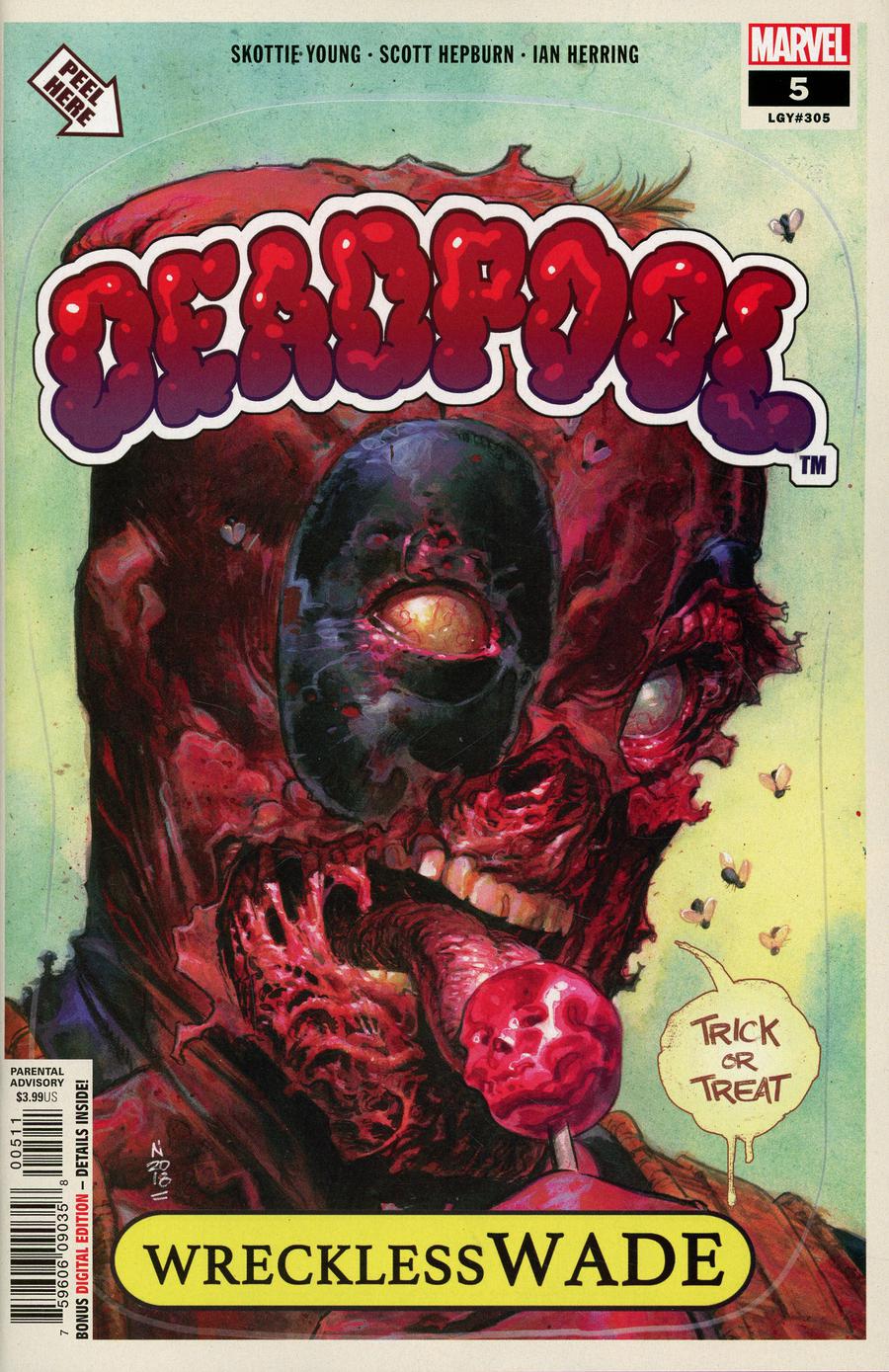 The Marvel winner isn’t that much of a surprise but it’s also a regular cover A, which was hard to come by. That winner goes to Deadpool #5

Nic Klein’s Garbage Pail Kids parody cover.
This cover peaked at around the $40 range but has since settled and been a solid $20 book since, give or take a few bucks on some recent sales.
Regardless of the flips, this is just a great cover, particularly for any Garbage Pail Kids

fan. I was able to snag 2 copies at Midtown and there were probably only around 2-4 left in the stack. Nobody was going for the Gwenpool

cover B, despite it being sold out online now at Midtown, I’m sure you can still find these in the local shop and your own local shops.
That’s really all the exciting stuff out this week from Marvel. The Battle Lines covers have sold out at some or all online retailers but these are or have sold at, under or slightly over cover price for the most part. I think these themed variant sets each month fair well for some collectors but judging from history, these don’t hold any value long term for the most part.
Indie and Small Publisher Books 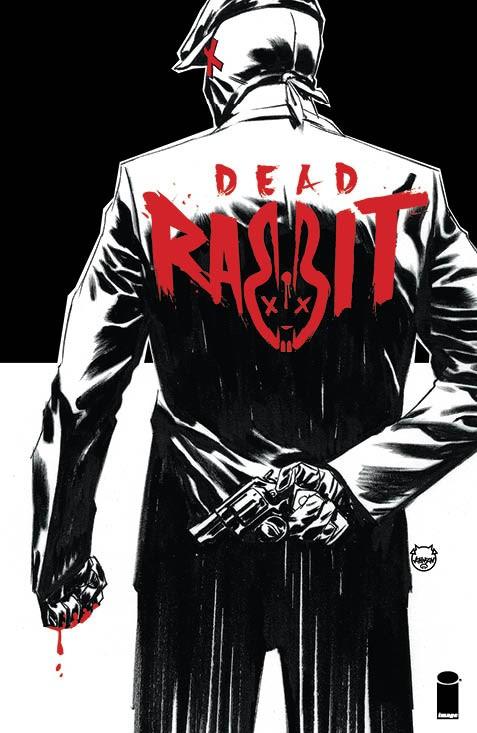 If you could find them cheap, the Dead Rabbit #1 Dave Johnson

incentive variant wasn’t a bad flip for some, reaching at peak prices of around $30.
It’s still an easy $20 book if you can still find it out in the wild for cover price or under $10 for the quick flip profit.
The Dead Rabbit NYCC Exclusive

(for those in attendance) was reaching peak prices of around $24 dollars. But at $10 initial retail price, that really cuts into the profit. That’s a far cry from past con exclusives coming out of Image which in the past would see prices in the $50 to $100 range for some books.
Long gone is the days it seems for Image to put out really hot convention books. Unless they get optioned and become popular TV shows later on, I’ve tread lightly lately on Image convention books. I didn’t even bother picking up any of their exclusives this year. I did pick up a few of their ashcans

, which qualified me for the exclusive Deadly Class #1 NYCC

Reprint, which will come in another article more than likely.

That’s about it for the week in review. Most if not all the unmentioned books you can likely find at your local retailers or online for cover price.