eBay Returns
I learned this past week that even when you have your return preferences setup to only accept returns automatically with your own parameters, those are just ignored now according to eBay’s new return policy.
So I had an item returned (no, it wasn’t a comic) and the buyer returned it under the reason of, “doesn’t fit”. My return settings were set to only allow if the item is valued at $200 or less and the buy claims it’s defective, wrong item sent or arrived damaged.

The thing that really got me is not only the settings are just ignored, I was never notified of the return until it showed up on my door step. About an hour after that I then get the eBay notification message saying “Return Item Delivered, prepare to refund the buyer”.
According to eBay representative, if the return is within the 30 days that was selected as the default return window, any reason selected was just considered “buyers remorse”. What does this mean? Your return preferences mean nothing. eBay did nothing to help rectify the issue, they said they could only refund the seller fees associated. That’s not being very nice or helpful, you get the fees returned on any return or closed case.
The item I sold was new and sealed. It came back opened and now considered used, despite it not really being used. I lost all potential value. That’s what really hurts. I explained to eBay that I’ve made them thousands of dollars but they couldn’t throw me a bone when their system failed me in an item that was under a hundred bucks. The rep even admitted the system failed me.
This seriously makes me reconsider selling on eBay, at least on the standpoint that I should just turn off all return options which lowers your seller ratings overall. That means buyers can only open a return case if the item is “not as described”.
The Hulk Has A New Power Revealed?
We all know that the Hulk is pretty much indestructible but we now learned in issue #8

that if he’s somehow split up, his body will reattach itself and consume matter to become a part of his own.
That’s cool right? Well, sort of. My only problem is I’m not buying the fact that they simply used adamantium to cut him up into pieces and placed into jars. Maybe I’m being too pedantic. 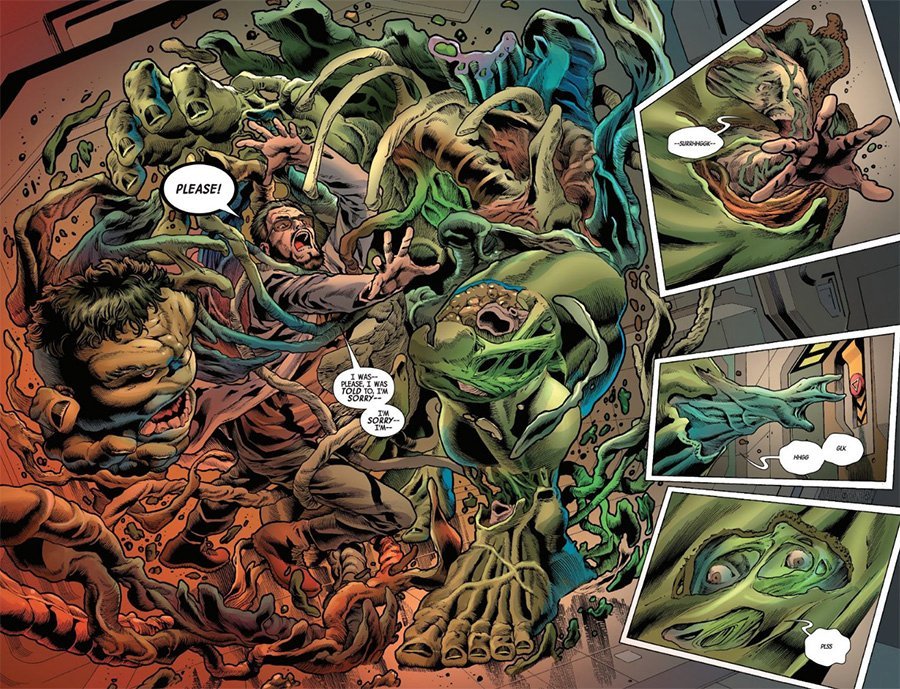 FireFly Flies Once Again
I’m looking forward to this new series out from BOOM! Studios, written by Greg Pak.
We get to see how it all began. Maybe a popular comic will revive the TV Show. Meh, now I’m just dreaming.
The only dislike I have for this one is actually the Jock

cover. It’s pretty bland for a Jock cover. I think comic fans should demand more from a guy who has the influence to turn a common issue book into a highly sought after book based just on the cover art.

It’s a light week for likes and dislikes. Tell us what’s grinding your gears this week by commenting below.