During the weekend of February 22nd to 24th, I had one of the most unique experiences in the near decade I have been attending and reporting on cons – Brian Pulido’s Fiend Fest in Mesa, AZ.  A 3-day party was thrown by Brian and his Coffin Crew of the most fiendishly…notoriously…infamously…endlessly……NICEST and warmest people you ever met! Honestly, Brian and his team have an inviting and inclusive culture about them that spread across the fan base.  I met so many friendly people in this ocean of black shirts, made some new friends, and had a great weekend.

The first night was a reception to meet and greet with the artists/creators and fellow fans.  I talked with people from all over the world; California, New Mexico, Ohio, Florida, Canada, and Australia. 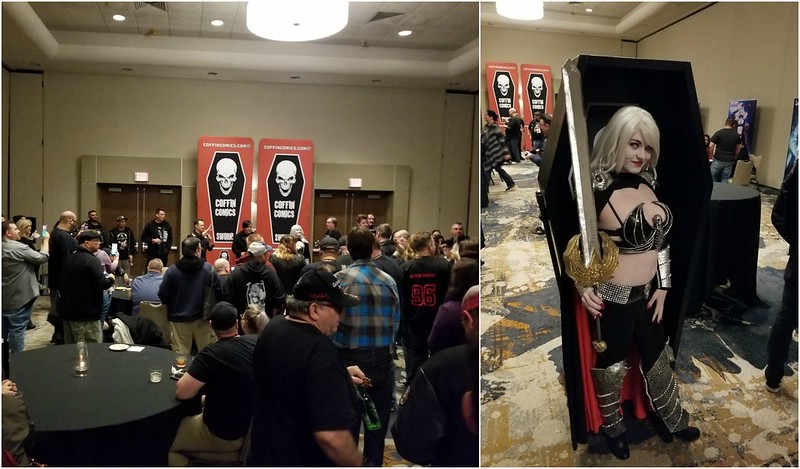 Saturday was packed!  There were about 300 people there which was a crowd for a hall this size.  Every table was busy, especially Coffin’s CGC table. Coffin is now an authorized CGC Dealer and being their first event offering the service, they signed up for quite a challenge. The event was so targeted to a fan base that is REALLY into Pulido’s work and all of the guests, they were hustling from table to table witnessing all the signatures.  Special thanks to Nick G from Coffin Comics for running the CGC table, their CGC staff was swamped all weekend and managed to get everyone taken care of in a timely manner.

Many panels were held around the Coffin-verse – Lady Death, Hellwitch, La Muerta, Zack the Zombie Exterminator.  Without leaking any secrets, Brian has been slowly world building over the last few years and has big things ahead for his characters. There were live instant covers created for all to watch, then printed and delivered overnight. 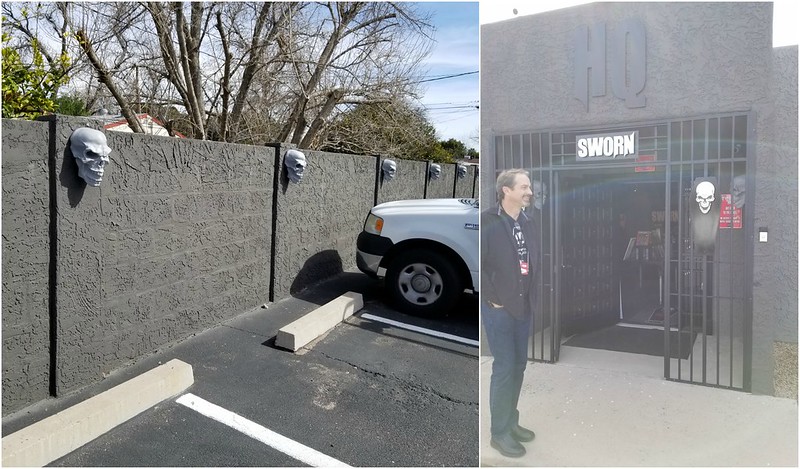 One very unique part of this experience was a guided tour of Coffin Comics Headquarters, complete with bus transportation from convention to HQ.  The tour started with the shipping center. It was spotless and efficiently setup, I have never seen the inside of an operation like this. Not knowing what to expect, I was impressed with the level of professionalism.  Shipping guidelines were posted throughout and a mission statement for perspective. 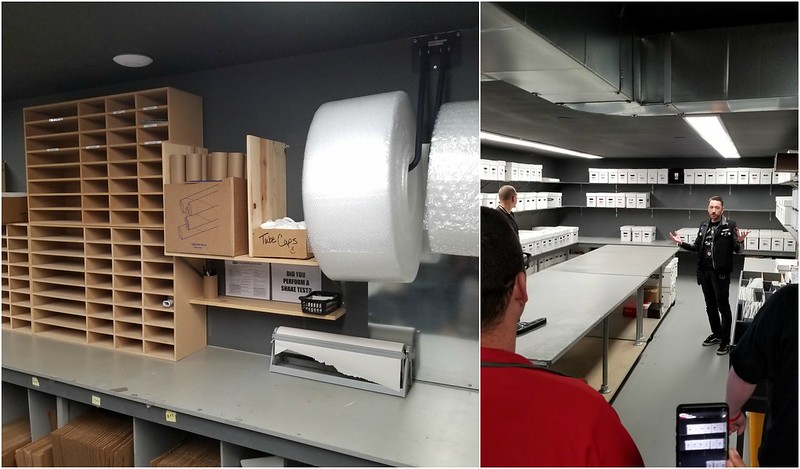 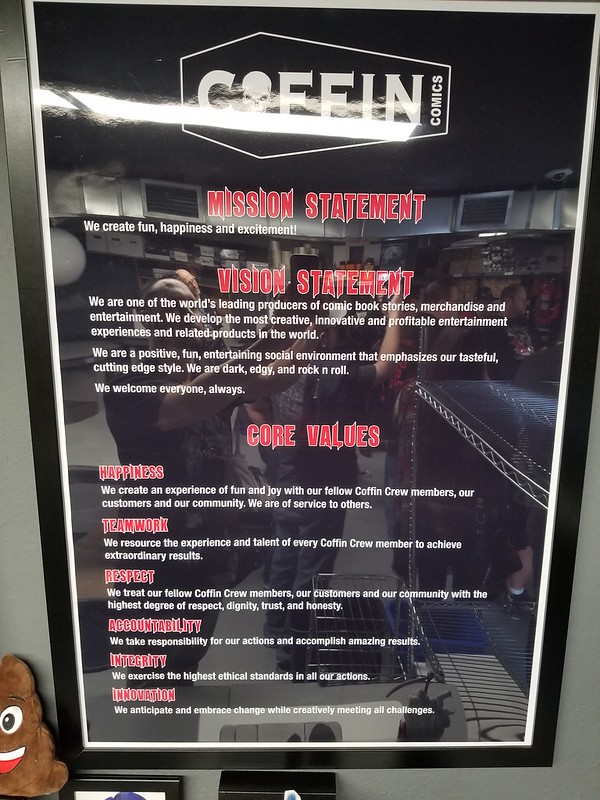 Next was a museum of Pulido’s work from Chaos to Coffin: 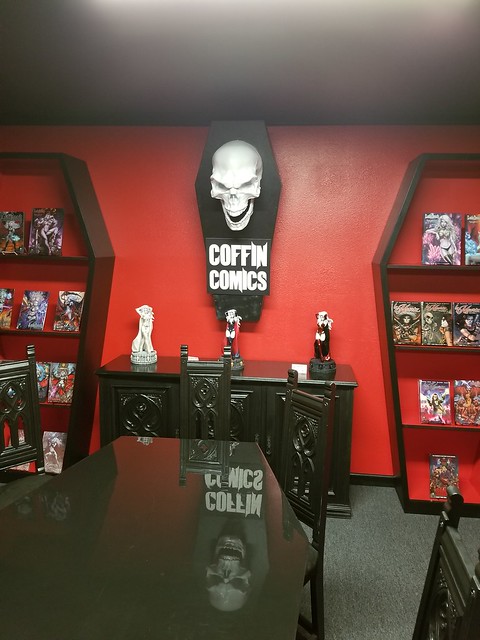 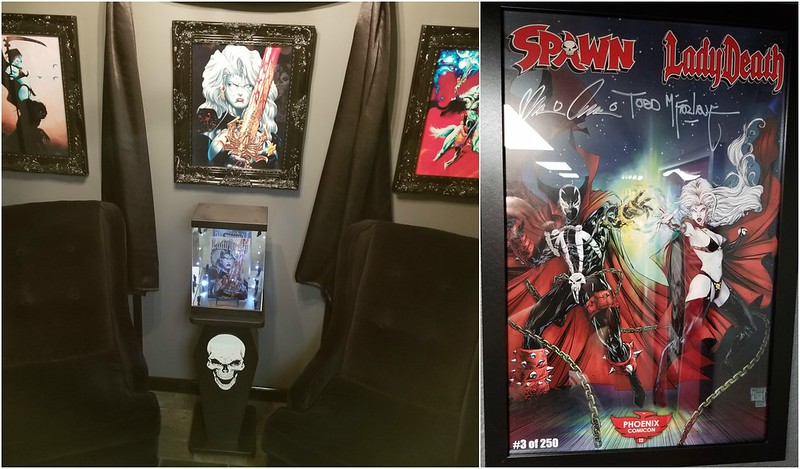 The tour ended with the a gift shop loaded with exclusives and items from the vault.

I really enjoyed my 3 days living in the universe Brian and his team has created.  I believe he said there are no current plans for another Fiend Fest so I have no idea when or if I will see an event like this again. However, keep an eye out for the next Lady Death Kickstarter on March 6th, many sick covers are guaranteed including a gorgeous and very limited Adam Hughes Cover. 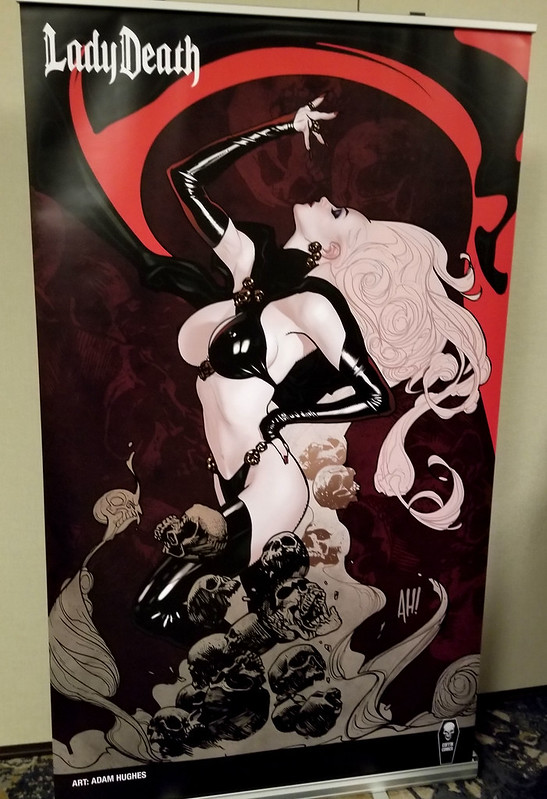 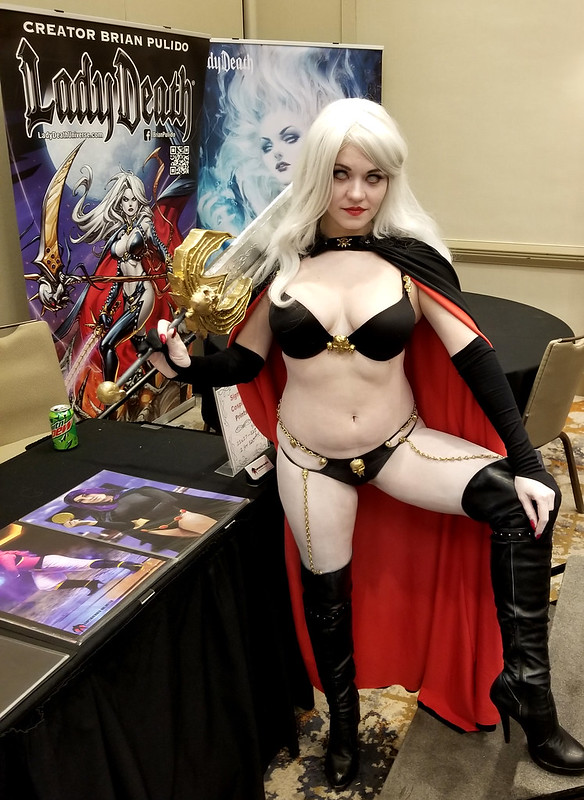