Celebrating his birthday in monstrous fashion, writer-artist Graham Nolan teams with Ominous Press once again to launch the Kickstarter campaign for his graphic novel RETURN TO MONSTER ISLAND today. 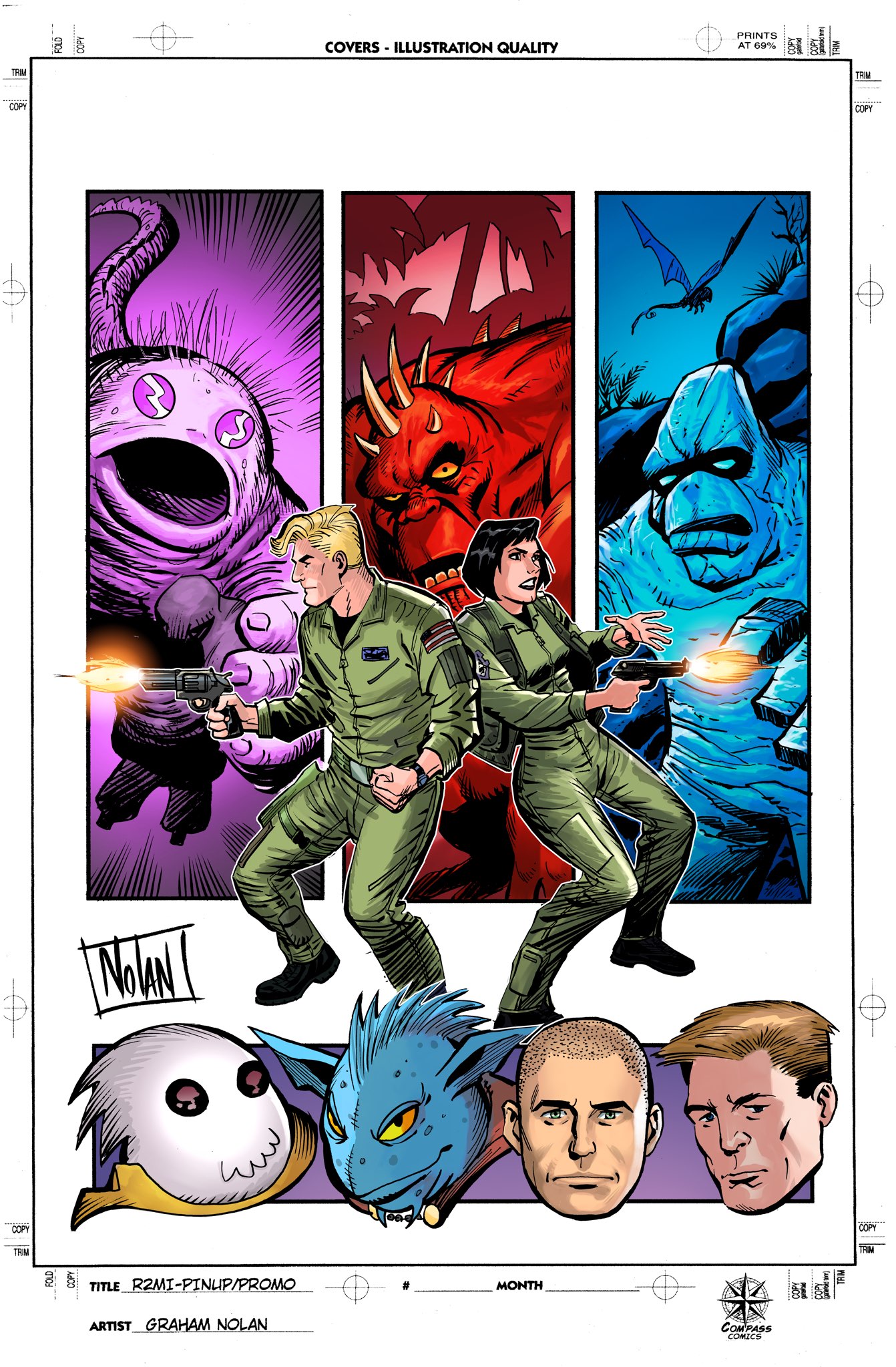 Best known for his famed run on Batman for DC Comics, as well as co-creating the Bat-villain Bane, birthday boy Nolan is hard at work writing and drawing the sequel to his classic adventure tale MONSTER ISLAND

. Set two years after the original story, RETURN TO MONSTER ISLAND sends Navy pilots Mac and Duke back to a mysterious island that is a repository for monsters from across the cosmos. 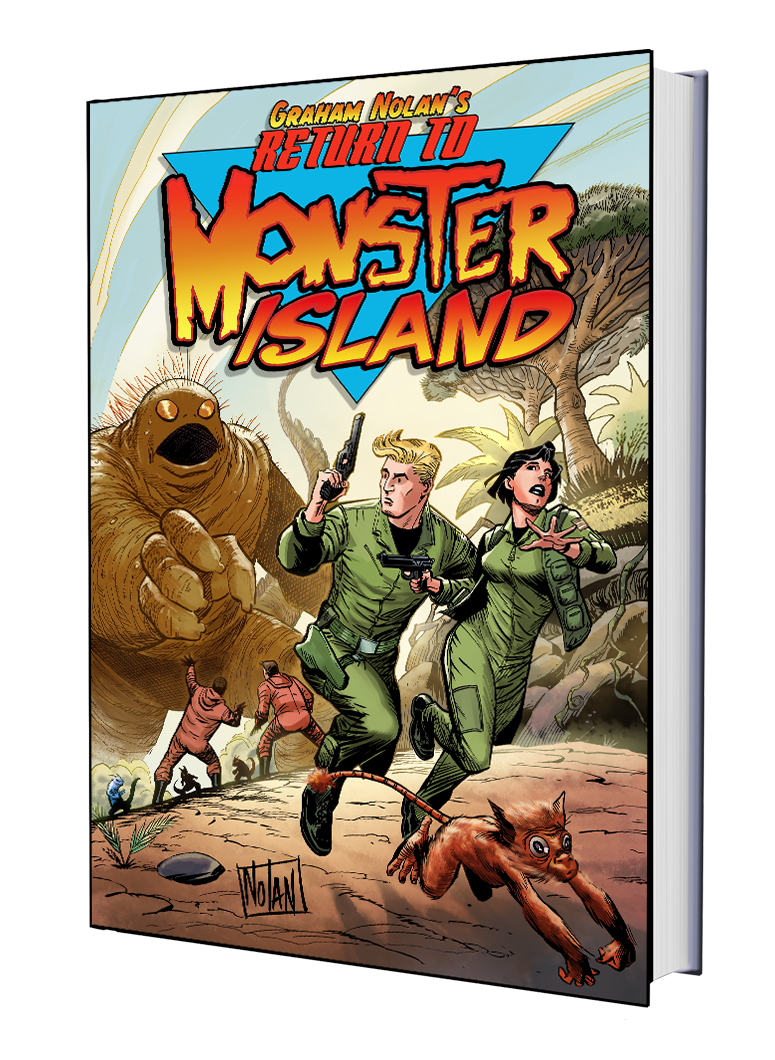 “I can’t think of a better way to celebrate my birthday than to get our RETURN TO MONSTER ISLAND Kickstarter up and running. These characters and stories are near and dear to me, and I’m very thankful that Ominous Press and our great supporters are with me,” Graham Nolan said.

If fully funded, RETURN TO MONSTER ISLAND will be a 96-page, full-color hardcover graphic novel. Written and illustrated by Graham Nolan, with color by Nanjan Jamberi, it is the sequel to Graham’s MONSTER ISLAND. Last year, Ominous Press and Graham Nolan joined to publish the MONSTER ISLAND CREATOR EDITION for the property’s 20th anniversary, a deluxe, oversize hardcover lovingly reproduced from Graham’s original 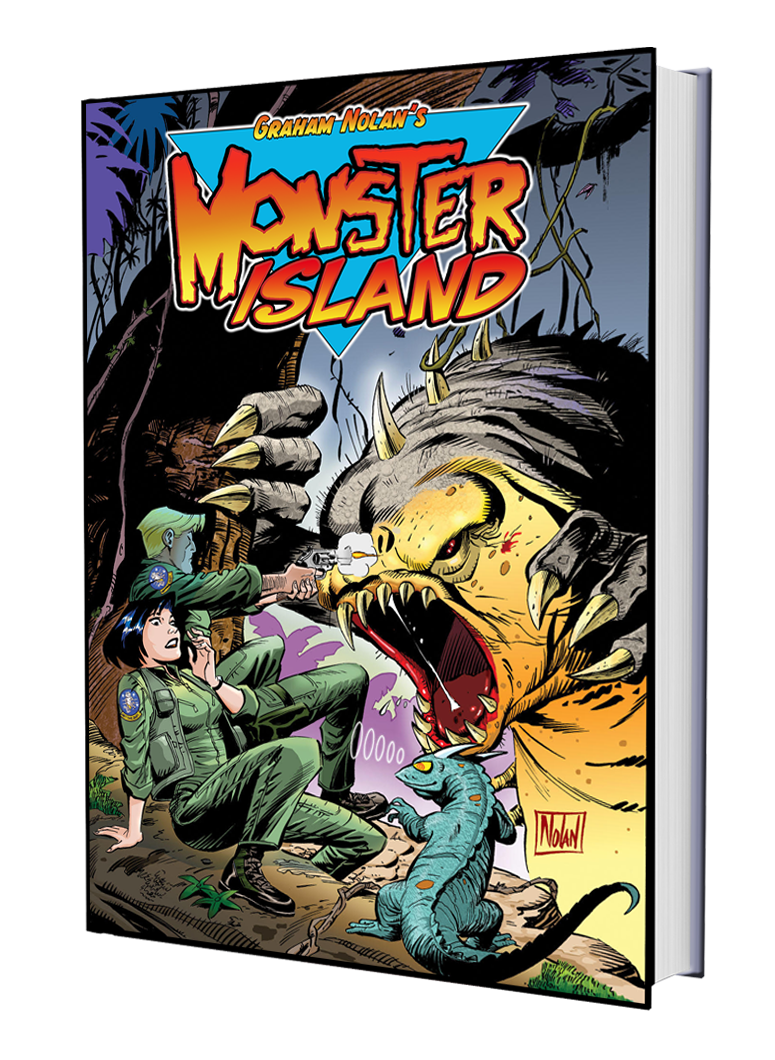 However, Ominous Press is going back to press with a new MONSTER ISLAND edition, printing the entire story in color for the first time ever. The new edition of MONSTER ISLAND will be an oversize 96-page hardcover, matching RETURN TO MONSTER ISLAND, with color by Gregory Wright. The new MONSTER ISLAND will include a bevy of added content, including sketches, designs, and even pin-up art by comics legends including Jose Luis Garcia-Lopez, Lee Weeks, Butch Guice, Bart Sears, and many more. The graphic novels will be offered separately, or as a set.

A range of additional rewards will be available for the campaign, including original art commissions by Graham Nolan, the new art book Black Book: The Art of Graham Nolan, art prints, and more. There will also be very limited number of copies of the MONSTER ISLAND CREATOR’S EDITION remarqued by Graham Nolan.

Ominous Press Publisher Sean HusVar, said, “Our mission at Ominous Press is to empower creators, and help them tell their stories, so we’re thrilled to be partnering with Graham Nolan again. MONSTER ISLAND is a classic concept, and we hope that this is only the first of many happy returns for Graham and Ominous.” 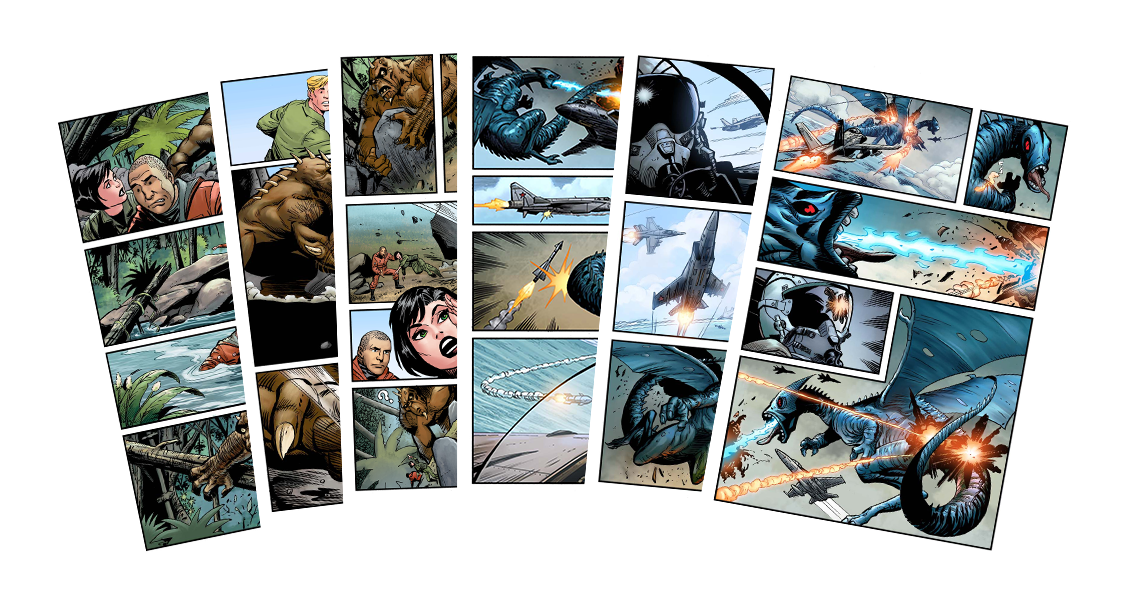 With the help of supporters, this special, limited-edition project will be ready for delivery the second half of 2019.