May 2019 has come and gone. Let’s dive into the top ten to start this review off cause we got 5 Wednesdays to cover from May.

Now onto the highlights from May. These will mostly include books we spec’d on and or books that are likely sold out (not necessarily from Diamond).

The 17k print run was likely a mix of both remaining first print stock from Diamond with second print mixed in for the May numbers. So knowing the actual print run of this 2nd print we can imagine is much smaller.

Prices for this second print are all over the place. Anywhere from $2 and then a sale around $10. I’d say if you calculate the median average, it’s a cover price book. A signed Liefeld went for a cool $20 though. 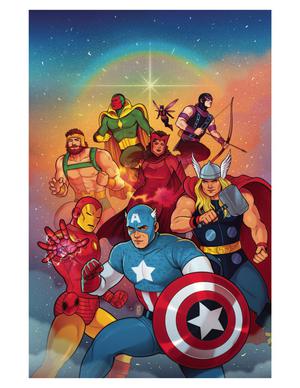 way more appealing but sadly, these didn’t take off like the Thanos

Sales put this around the $50 to $60 range. Midtown lists these starting at the $80 range and that’s after their 20% off. While checking out these prices for the Bartel virgin variants, seems even the Black Widow and Thanos are coming down in value.

If you really like those Marvel Tales virgin covers, patience is a virtue. Wait a bit longer and you can likely find them even cheaper.

The shocking death issue of Rick Grimes, well, he starts to die in this one and it’s the one that seems to be key to the market despite Rick dying in issue #192

Print numbers were continuously falling for this series. Once a 85k to 95k top ten book each month is now only producing half the amount of books it once did. The last time Walking Dead was seeing publishing numbers under the 50k mark was before issue #100

hit shelves, around the time it really started to take off as the show was growing in popularity (that was around the time I was getting back into comics and the Walking Dead).

The 48,743 likely includes the second prints as well as they hit store shelves May 29th, the last Wednesday of the month.

This book you can still find at your local shops, at least you can find it at most online retailers.

This one is a long term spec I think. It’s the reveal of the Arkham Knight, in which we all likely assumed it was one character but ended up being someone completely new.

Could be a key book if this version of Arkham sticks around.

The feel good book, not just of the month but probably for the year.

Introducing Spider-Bite. This book reached as high as $24 at one point. Now sales are anywhere from $2-$3 up to $10 on a good day. With the prices all over the place, I’d say this is a solid cover price book now but could possibly grow over time. The 2nd print hit shelves this past Wednesday, it even had an incentive ratio variant for the 2nd print.

I’m not liking these inventive ratio variants for additional printings. These are suppose to be printed due to demand from actual orders. If shops are ordering just to get the incentives, this is just bad for overall business if you ask me.

Small print run. Great series. This issue isn’t commanding large dollar amounts but it sort of slipped under the radar with a few sales reaching the $12 range on a good day.

Other sales put this anywhere from cover to $10. So it’s a double your money type of book if you find them. I’d watch the market though. Unless you’re reading this, might not be worth the gamble. Buy to read, then flip if you don’t care about keeping the single issues.

War of the Realms New Agents of Atlas #1

Lots of new characters and introductions. After the War of Realms they’ll be getting their own series. This book is likely attracting new readers.

This is a good thing right? Anything to attract more readers and collectors is great for the hobby.

Bigger print run, I was expecting this one to be a bit smaller but it’s still a solid $10 book. You might be able to find these at your local shops as well.

I actually just sold a set of #1 and #2 over Fathers Day Weekend for around $20. Not bad for picking up under cover with my discount from Midtown.

If you were able to nab the ratio variant at cover or cheap, it’s doing quite well on the secondary market. The Suayan Variant

is still hot as heck too.

We won’t ever know the real print number of the Dell ‘Otto variant of Wyrd #3 but this reached as high as $18 to $20 on a good day, numerous times. Prices were all over the place though.

Most of these sales were all in May, the only sold listing in June was for a whopping 94 cents.

That’s the first part of May in review. Stay tuned for part II that will cover the last 3 Wednesdays of May 2019.

Friendly reminder, if you haven’t commented on the forums to win a signed copy of Silver Surfer Black #1 or win 1 of two copies of the Adi Granov Comicspro variant, you have exactly 2 more days to do so. Winners will be announced on Wednesday evening.