Straight from the Image Press Release is the solicitation that Undiscovered Country #1 is getting a 3rd printing.

I’m not totally sure what shops are continuing to order these as my local shop this week still had a pretty heavy stack of the first prints available.

You can still find the first printing and the second printing (doesn’t hit shelves until December 4th) available online. The real winners from this series so far are the NYCC variants, the BW Version and then the exclusive convention variant that’s foil and embossed you had to buy at Soule and Snyder’s booth.. 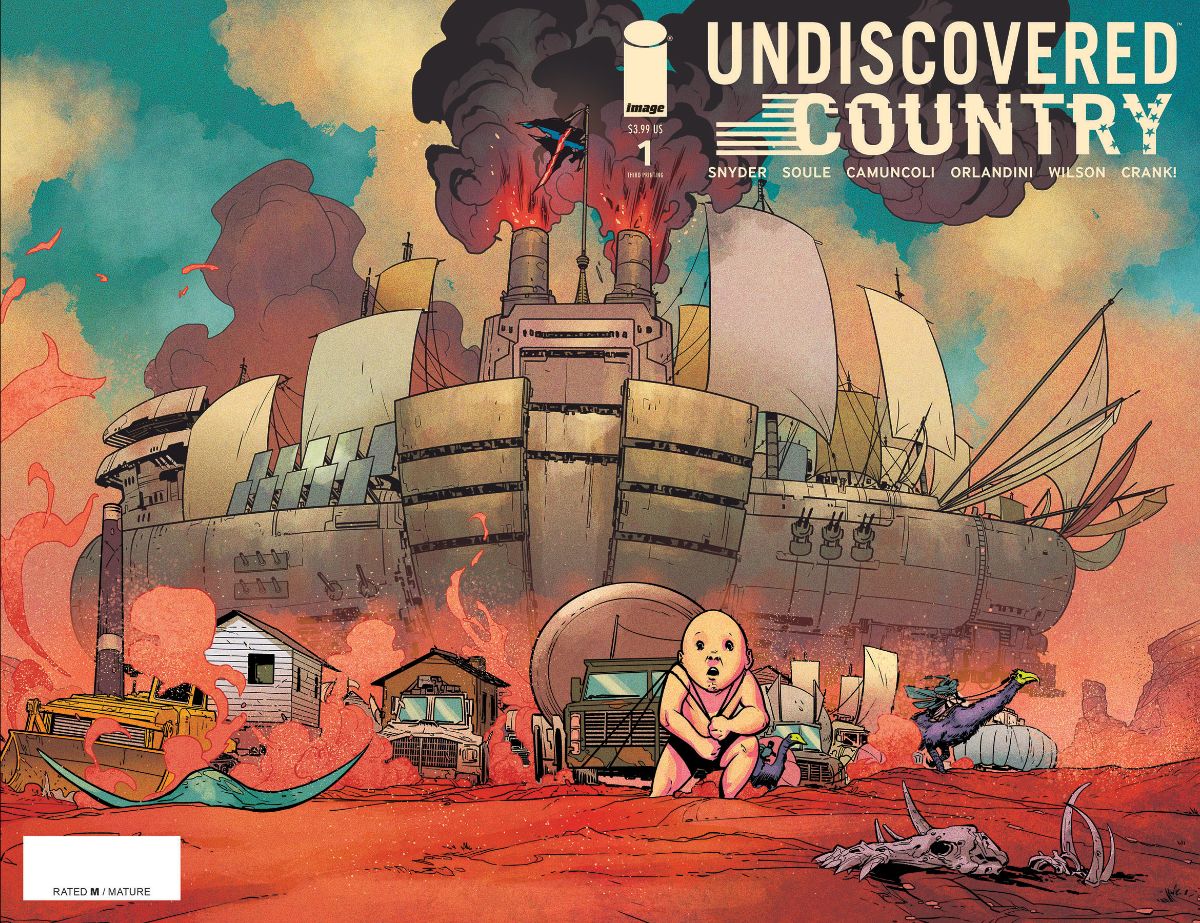 “Undiscovered Country has been an absolute hit at our stores,” said Phil Boyle of Coliseum of Comics in Florida. “Image has been great working with us on the Comics Omnivore program and Undiscovered Country is another massive success for both Image and retailers alike!”

In Undiscovered Country, readers journey into an unknown region that was once the United States of America—a land that’s become shrouded in mystery and literally walled-off from the rest of the world for decades. A small expedition enters the former US in search of a cure to a humanity-ending pandemic. They travel inward and learn the secrets of what America has become, each member seeking their own form of truth in the undiscovered country.

Django Bohren of The Comics Place in Washington added: “We discussed Undiscovered Country on our weekly Perfectly Acceptable Podcast by Comics Place, and the concept seems to have resonated with our customers. It’s selling off the shelf faster than expected.”

Curtis Sullivan of Vault of Midnight in Michigan said also of the hype for the series: “We were chomping at the bit waiting for the release of Undiscovered Country. Both our staff and customers alike were beyond excited for a release from some of our favorite creators and the book did not disappoint. We can’t wait for the next one.”

One thought on “Undiscovered Country #1 Gets 3rd Printing”