We first mentioned this back in May of last year, Vault Comics released a book called “The Mall”, same name as the already released Scout Comics Series by writer James Haick. Vault and the creative team were contacted, however nothing changed and Vault is still releasing the series. James Haick has filed suit in Florida District Court against Michael Moreci and Gary Dauberman, the series creators, as well as Vault Comics, for trademark infringement.

The lawsuit claims that the creative team of Scout Comics’ the Mall, James Haick and Don Handfield, contacted Vault Comics informing them of the trademark infringement. The claim was based on the fact that the titles would cause confusion with the series. The notice was sent to Vault Comics in May of 2019. Vault responded that they planned on proceeding with the comic under the name. They heavily promoted the series at SDCC.

You can download and read the full Lawsuit Filing Here. Or we’ve attached as images below: 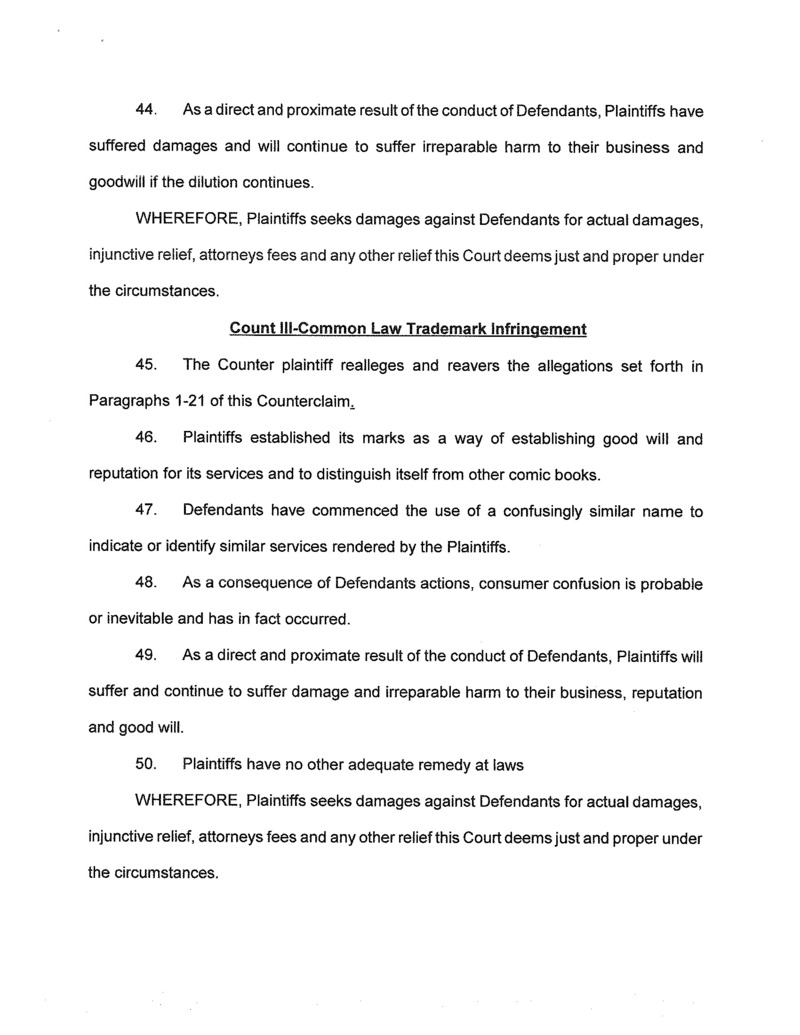