Here is the full press release of Image Comics new book, That Texas Blood that hits store shelves this May with early page previews. 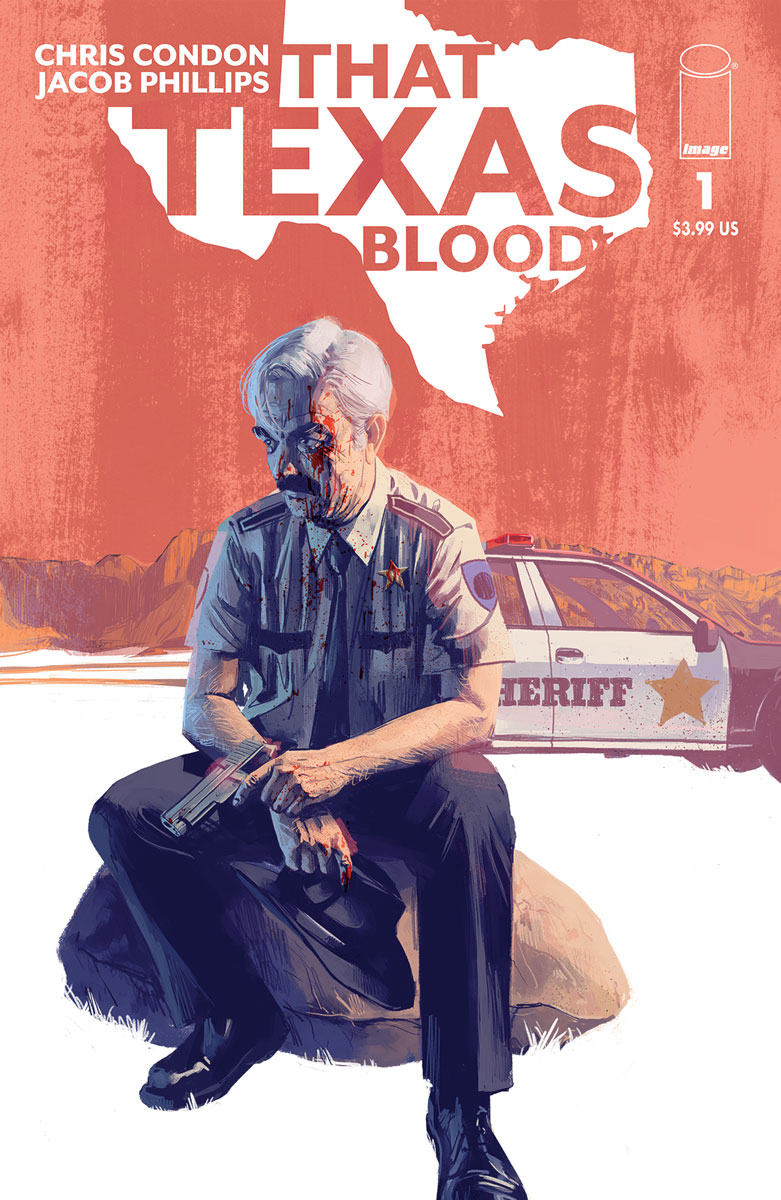 Critically acclaimed Criminal colorist and first time solo artist Jacob Phillips and writer Chris Condon break onto the scene with a brand-new ongoing series—That Texas Blood—launching from Image Comics this May.
“I’ve always had a fondness for the West. When you’re a kid it’s the Old West—cowboys and six-shooters, the lawless frontier of Deadwood and Tombstone. As you grow older you learn the truth about the place—you see it as it is today. The character, the grit, the creeping darkness of that vast landscape,” said Condon. “You learn it through Portis, Thompson, the Coens, through books, television, or the news. Texas is America’s mystical land, where laws don’t necessarily apply, where right isn’t always right and a gun can be on every hip and every itchy finger ready to pull the trigger. I wrote a story about this place, more so the feeling it evoked. The character that grew from that wasn’t a sinister villain but a good man with a complicated relationship with his place in the world. What came were dreams of Texas. Dreams of a sheriff trying to make right in a wrong world. What came was Joe Bob. He’s almost like a friend now. I hope you’ll feel the same.”

Like Paris, Texas gut-punched by No Country for Old Men, this mature neo-Western crime series kicks off when the search for a casserole dish leads to a dark and tense confrontation on Sheriff Joe Bob Coates’ 70th birthday.

Phillips added: “What we’ve basically got is a modern day western crime tornado that tears up Texas, what’s not to love? I just hope you all love it as much as I do.”

Sheriff Joe Bob Coates has always lived in Fort Lehane. He’s always been in Ambrose County. It’s always been in his blood. It’s a Texas thing. But the crimes don’t stop. And they don’t get easier.

For some reason… they keep getting worse. And worse. And… Well. It’s Texas. And Joe Bob is tough. Maybe he’s tough enough to fight it. To last. It’s in his blood, after all. That Texas Blood. 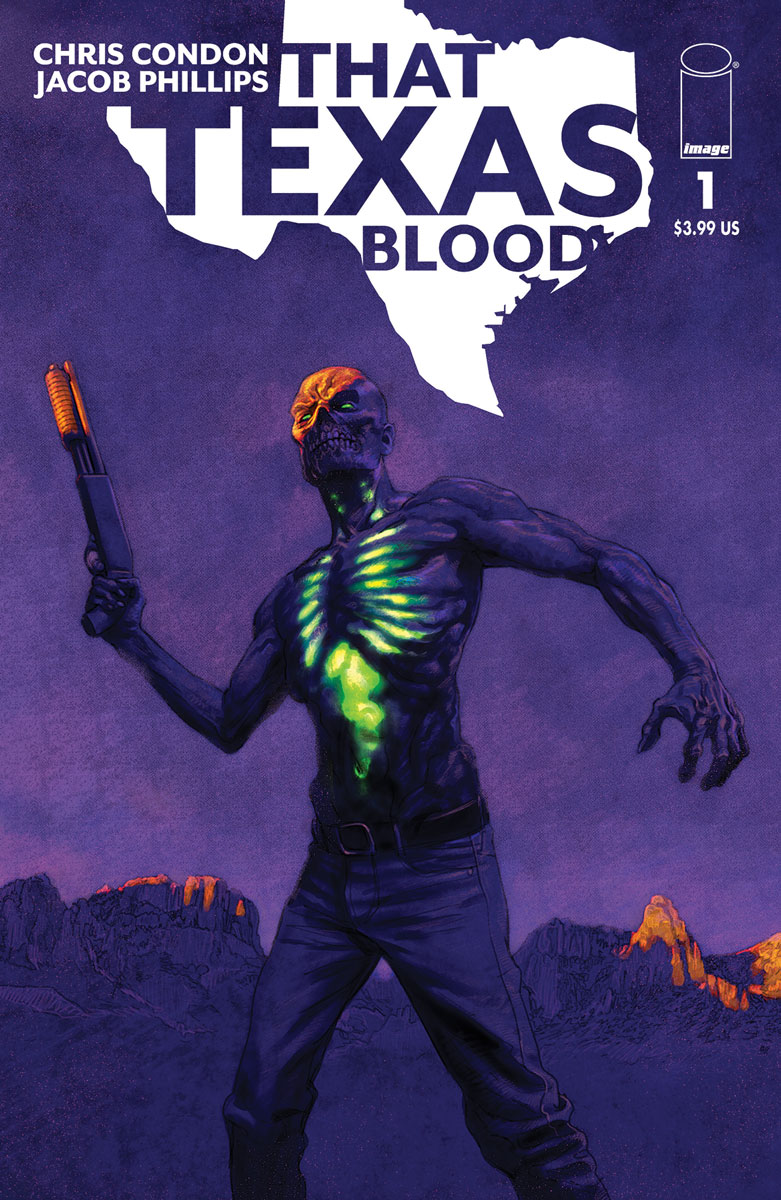 That Texas Blood #1 Cover B by Sean Phillips (Diamond Code MAR200030) will be available at comic book shops on Wednesday, May 27. 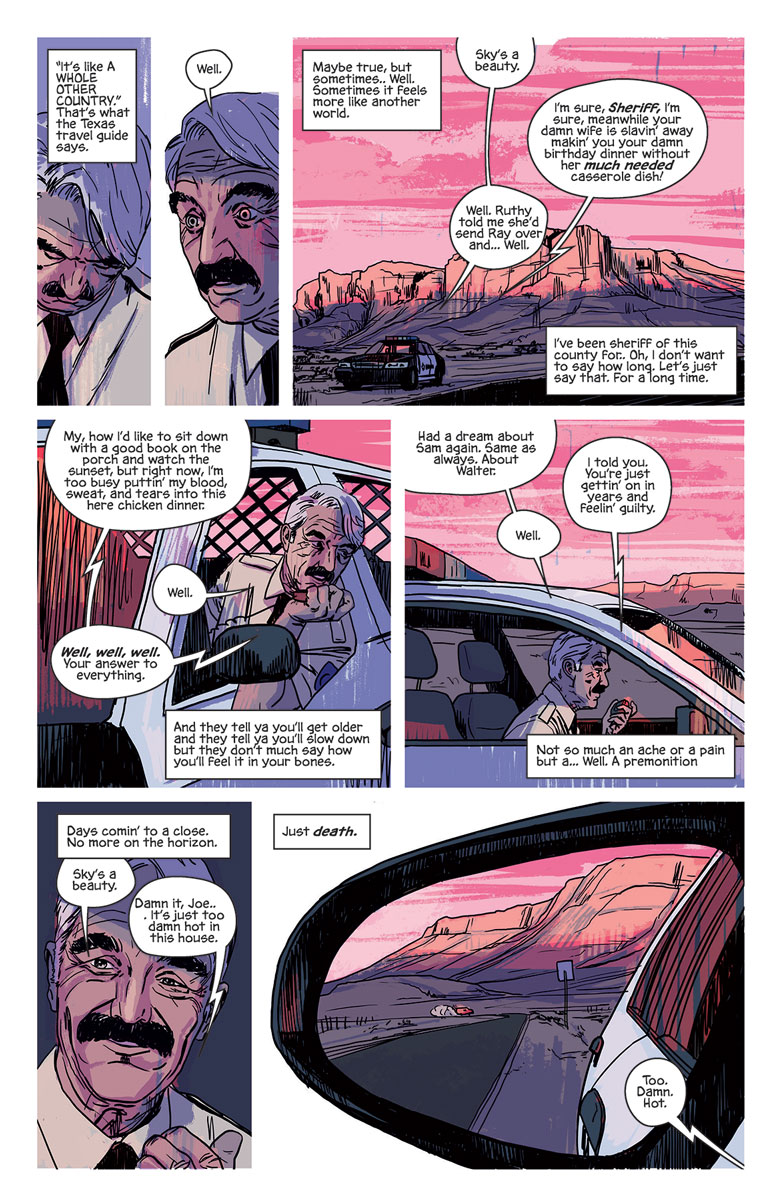 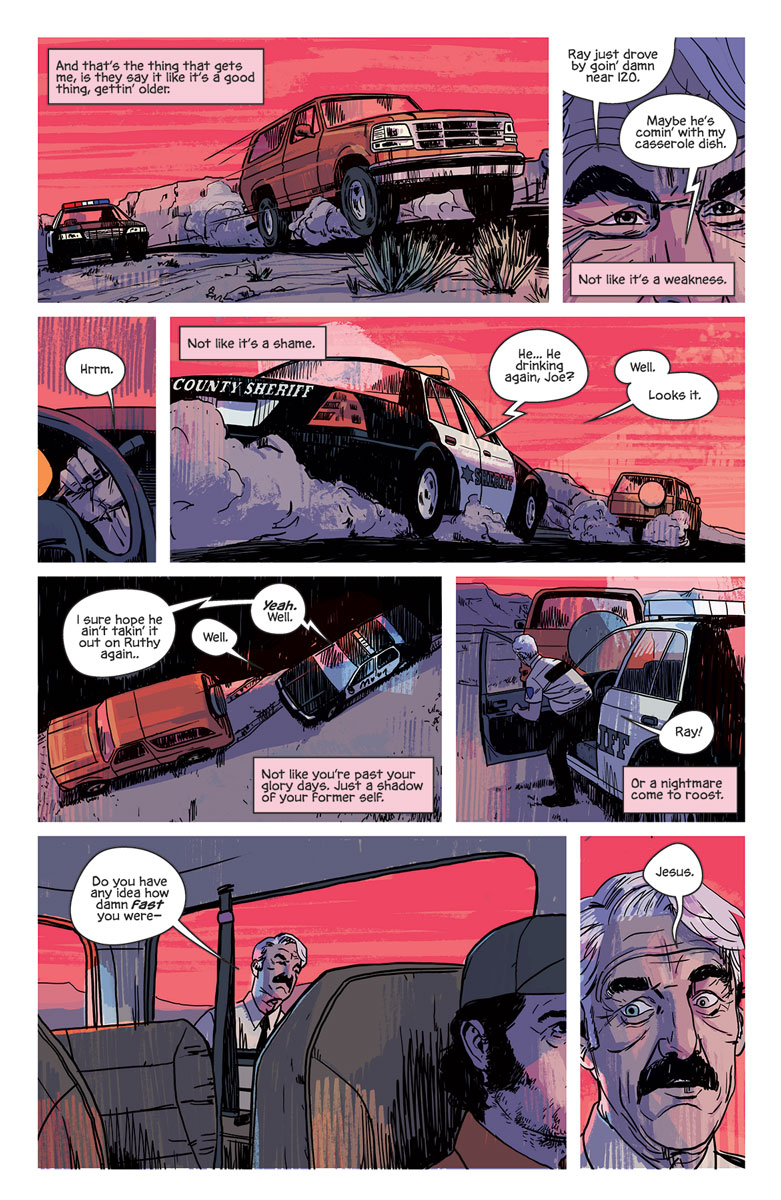 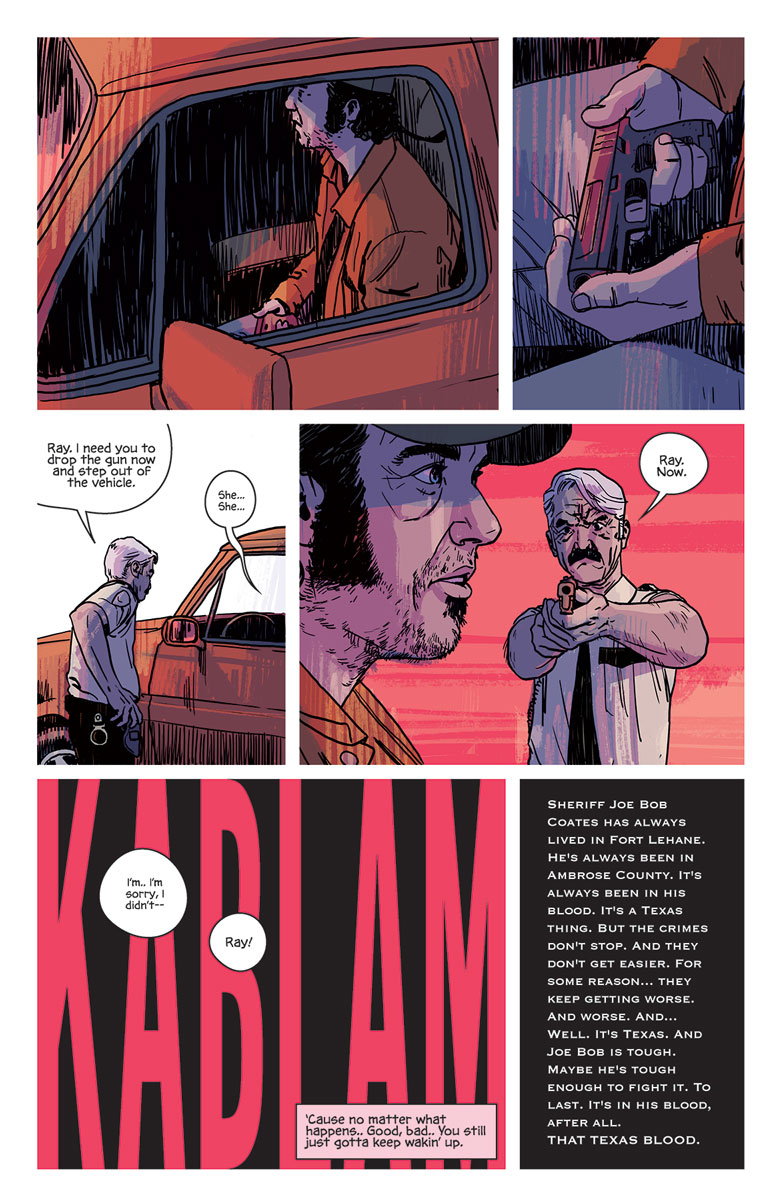 That Texas Blood #1 will also be available for purchase across many digital platforms, including the official Image Comics iOS app, Amazon Kindle, Apple Books, comiXology, and Google Play.