This one looks great. Rick Remender rarely disappoints with his writing. I think the only thing that’s been killing some of his books is the long delays between issues.

The forthcoming humor series The Scumbag by Rick Remender will feature four scumily rare incentive covers—a pretty scummy 1:10 by Tula Lotay, a scumtastic 1:25 by Yanick Paquette & Nathan Fairbairn, a 1:50 silver scum-foil by Jerome Opeña and colored by Moreno Dinisio, and an extra, super scumtacular 1:100 gold foil edition of the same Opeña cover, but GOLD like our hero Ernie Ray’s front tooth! All this stunning scumbaggery available this October from Image Comics. 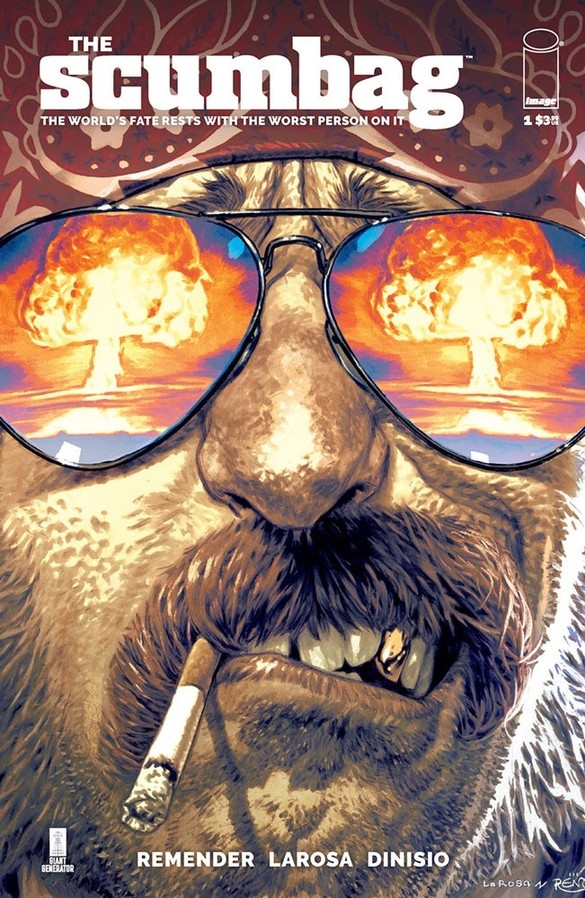 In addition to these highly collectible and totally scummy variants, The Scumbag will feature a murderers’ row of Rick’s favorite all-star artistic talent rotating interior art duties on each issue, with Punisher superstar artist Lewis LaRosa on deck for issue #1.

The Scumbag is the story of Ernie Ray Clementine, a profane, illiterate, drug addicted, biker, with a fifth-grade education and the only thing standing between us and total Armageddon because this dummy accidentally received a power-imbuing serum making him the world’s most powerful super spy.

Ernie is a relic of a bygone era, the living embodiment of sex, drugs and rock and roll—so, this doesn’t make things easy for the spy organization that needs his help as they bribe, cajole, and manipulate Ernie to choose between his own self-interests and doing what’s right. 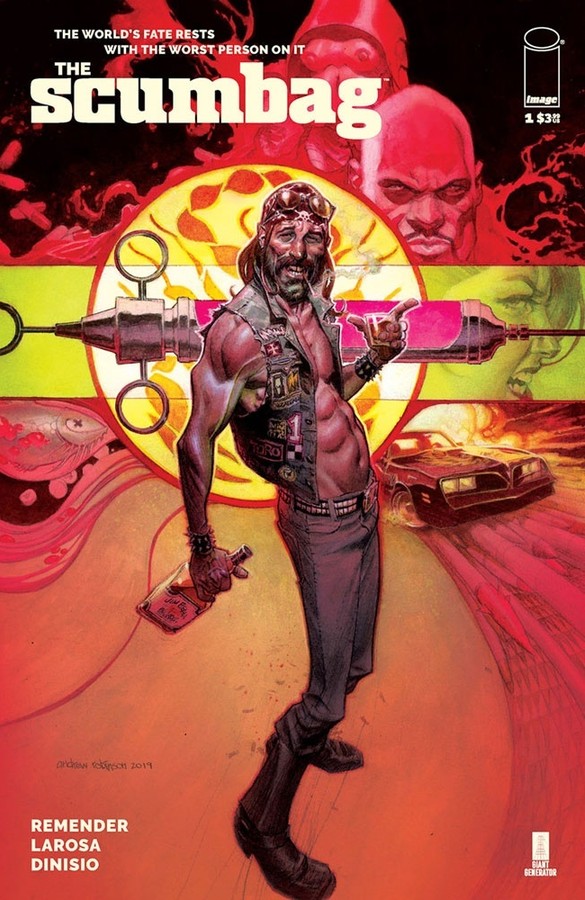 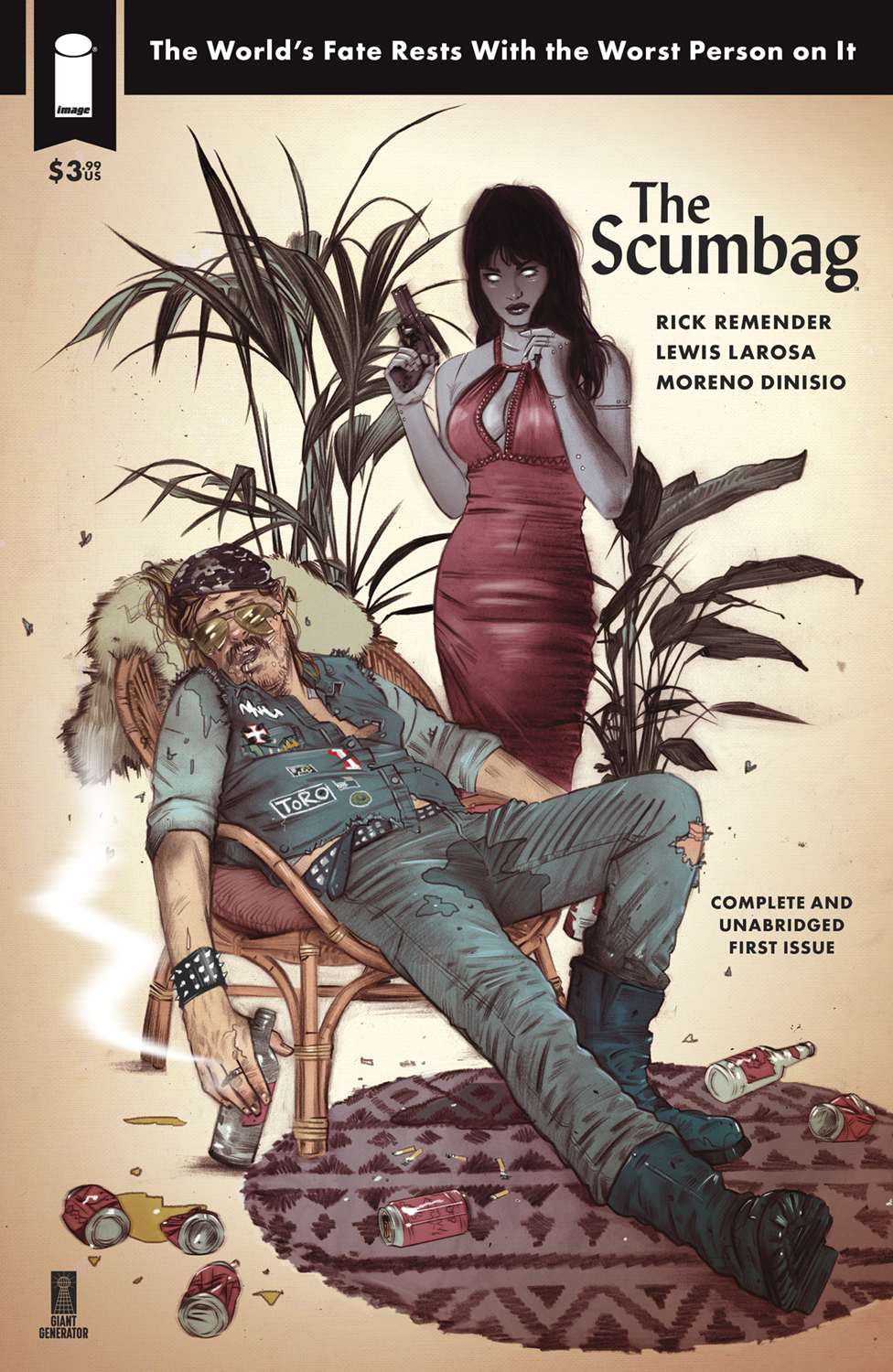 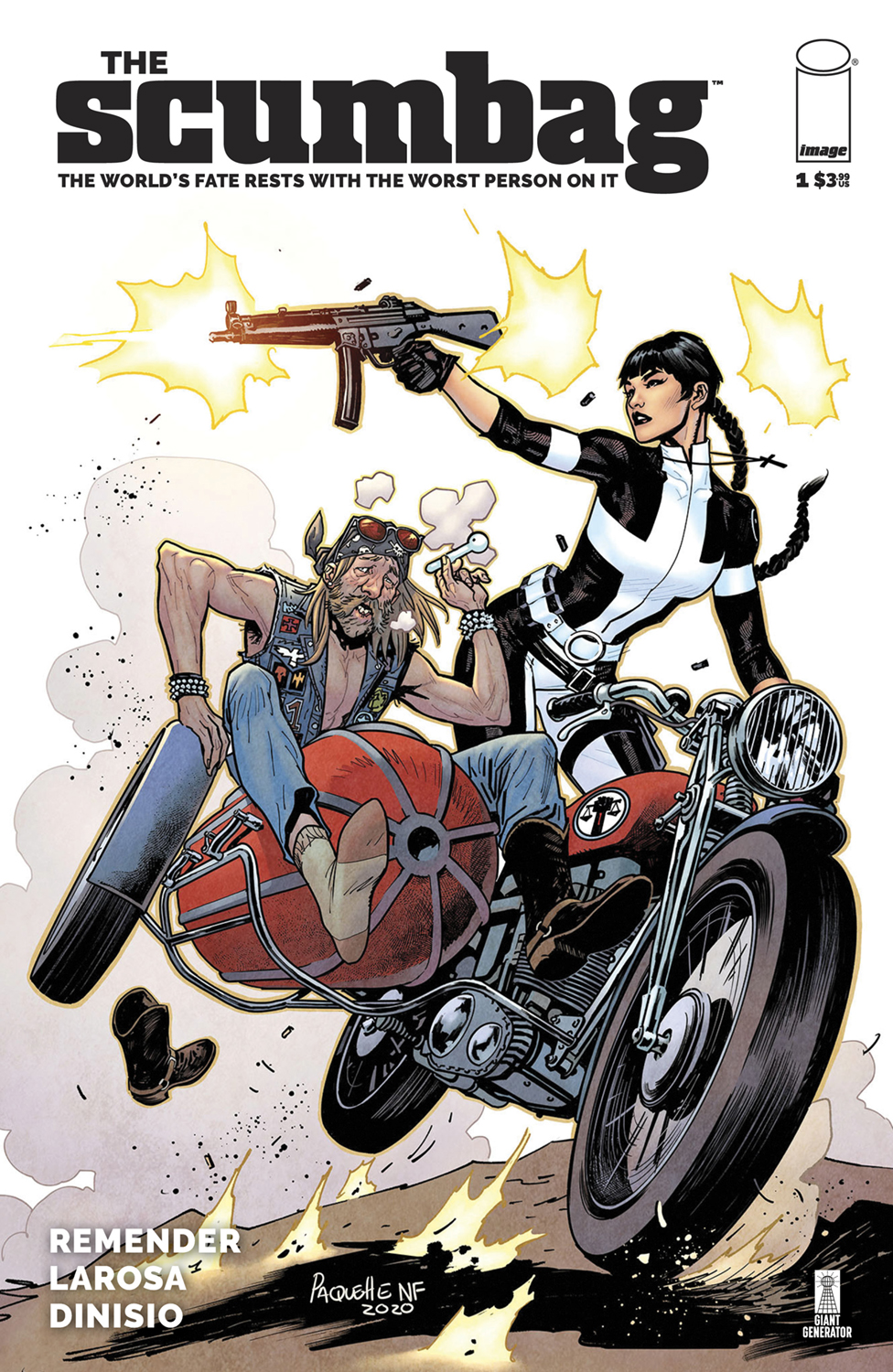 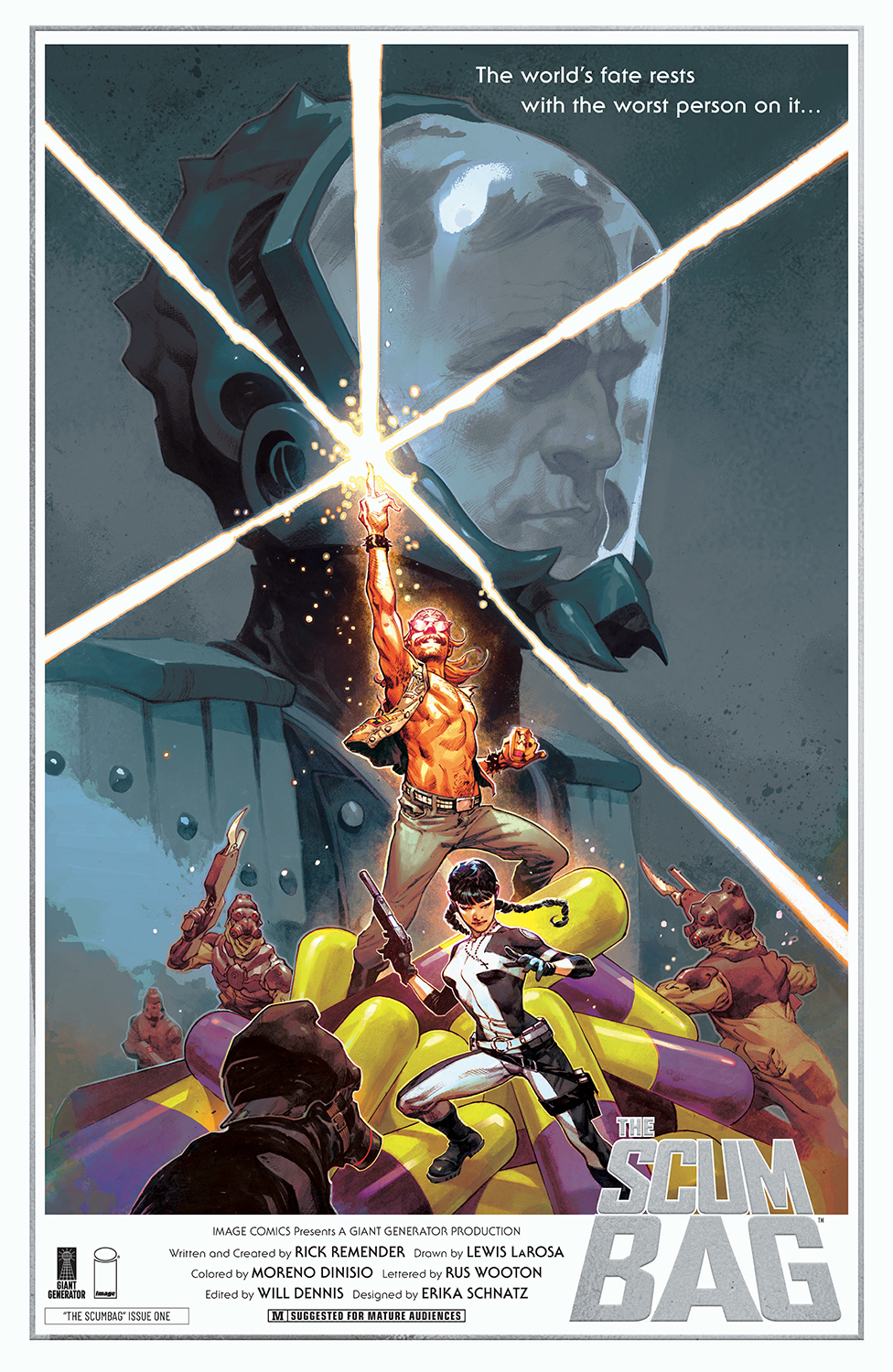 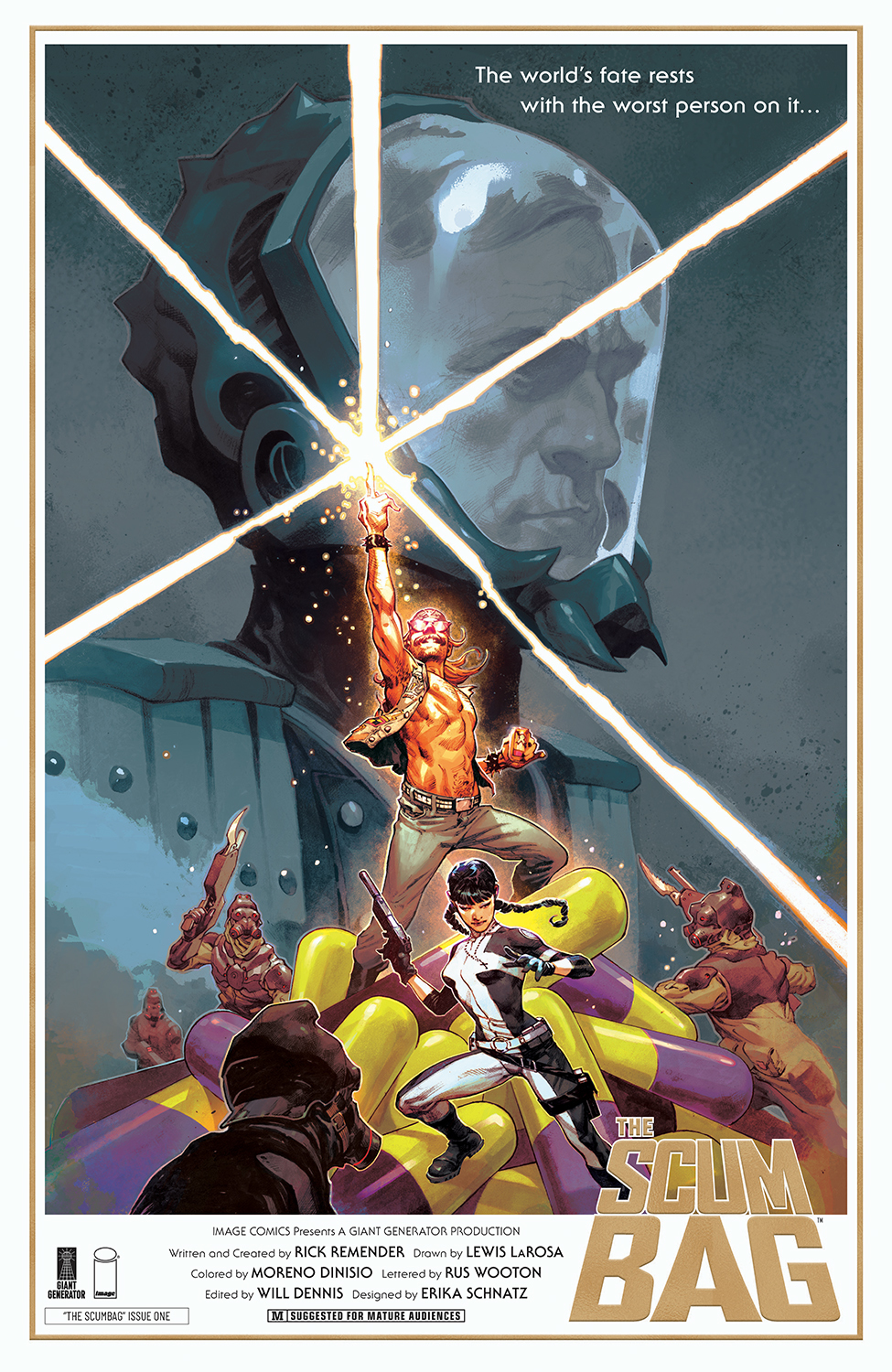