CHU was at San Diego Comic Con on the weekend of July 22, 2022.  Can’t believe I just wrote that!  The real SDCC, not a smaller ‘special edition’.  A lot has changed in 3 years but the magic is still there: celebs, exclusives, major hype, and LINES! 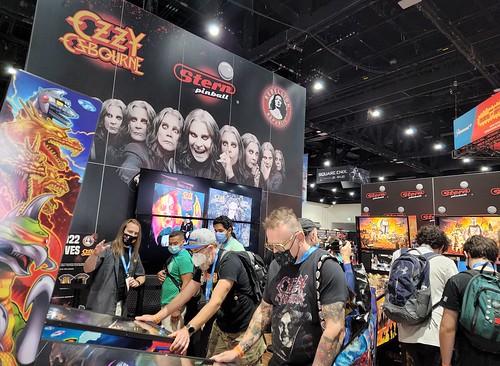 Most likely lower attendance from 2019 as many held onto their badges but never attended this year.  Some vendors went all out or even harder than before.  Funko, Neca, Z2 Comics, Bandai, Tamashii Nations, and Marvel went big.  Some are still holding back; Hasbro didn’t bring any physical exclusives. Mattel had plenty to take home with you but they were positioned as ‘reveals’ instead of SDCC exclusives. No Skybound comics made me sad. Even worse, some of the old favorites were not there at all. Graphitti is basically out of business so no foils this year. No Dark Horse booth and no ONI Press as they may be in financial trouble as well.

Here’s something I have never seen at SDCC – a vacant booth space! 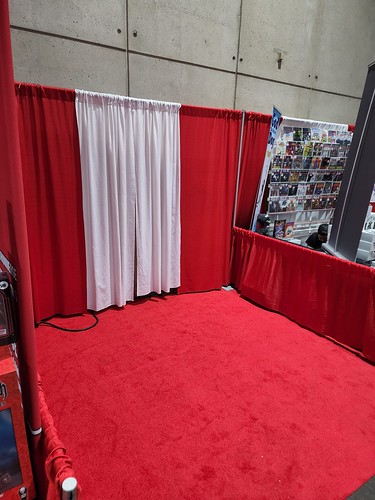 Bandai has stepped up their presence with an incredible amount of floor space to make up for the smaller footprint of other toy makers.  They have major booths for several different toy lines and it’s daunting to see it all, let alone afford it.  But I always have to take something home! 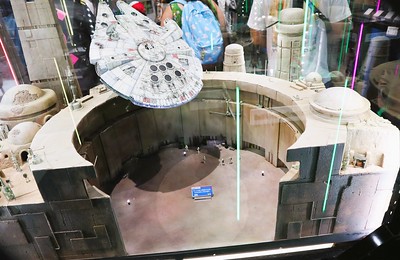 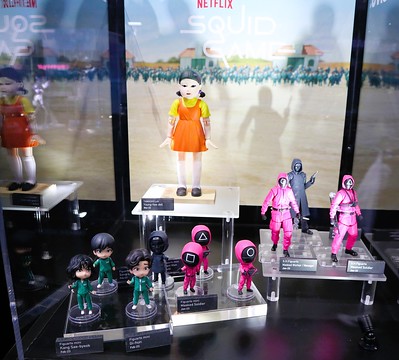 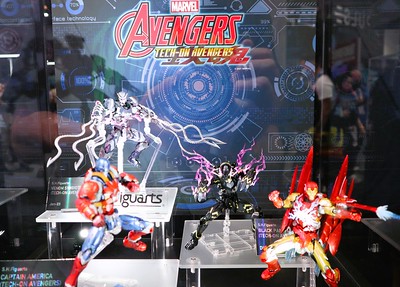 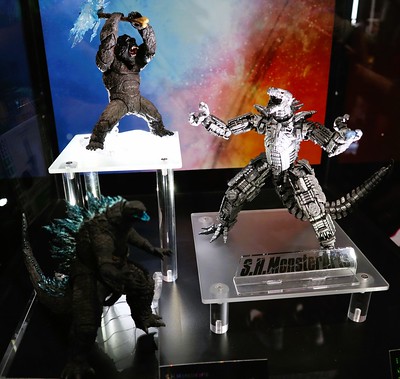 Funko stepped up the most by taking over a full corner of the con with Funkoville.  It was almost Disney-like stepping into it.  With their acquisition of Loungefly and Mondo, there was plenty of exclusives yet still the hardest to get at the con. 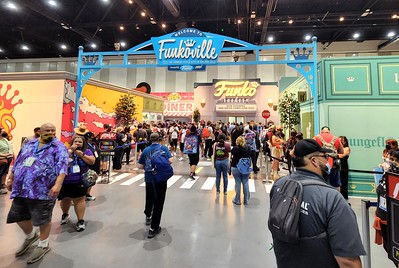 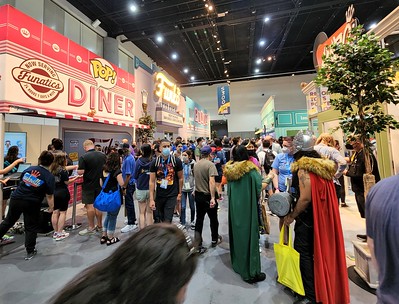 Sideshow always has an incredible display but they are no the only statues in town now.  I consider many of their competitors to be near Sideshow quality, but for lower prices.  It’s a good time to be a statue collector of any type. 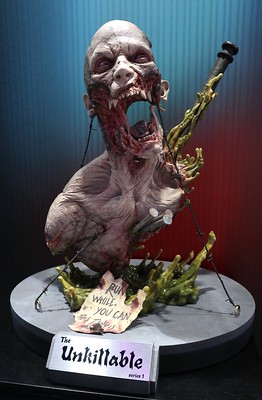 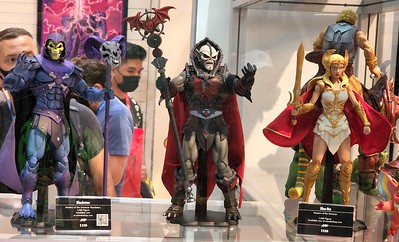 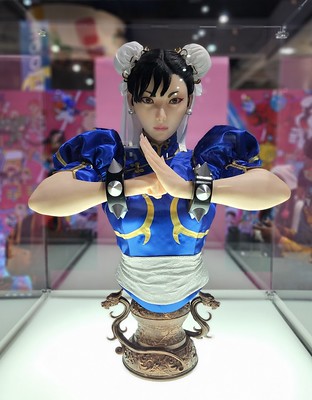 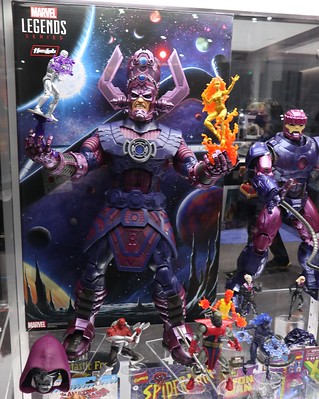 You have probably seen all the trailers by now. I would say Wakanda Forever and Andor were the top trailers for me.  I couldn’t make it to the screenings for Paper Girls but I can’t wait to start streaming it on Prime.  I did get the privilege of meeting one of my favorite all time writers, Brian K Vaughn. 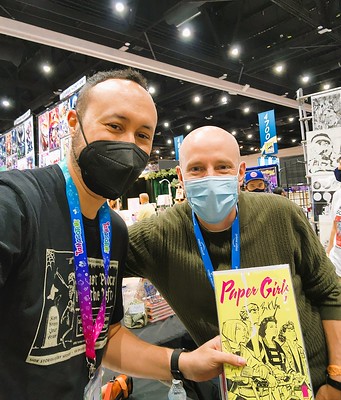 Can’t walk away from SDCC without loot from Carla Wyzgala, one of my long time faves! 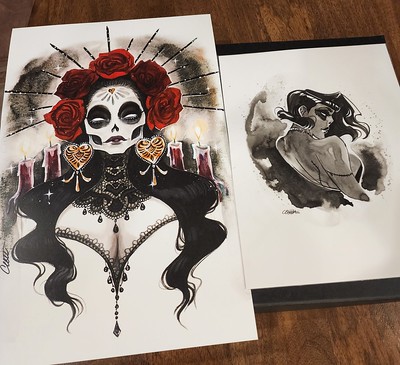 I’m not a big fan of the Hall H madness, especially when you can watch the replays on You Tube.  I prefer to see the mid-size panels where you can still see some great stars who would headline most other cons.  The panel for Krapopolois was hilarious, Dan Harmon is always entertaining and the show looks awesome. 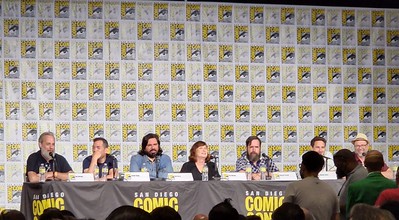 After Krapopolis, came on a surprising panel for Conjuring Kesha.  Wouldn’t have expected to see her at SDCC, but the paranormal reality show she is debuting on Discovery+ fits well.  Sounds like she went to great lengths to keep the encounters authentic with no staging. 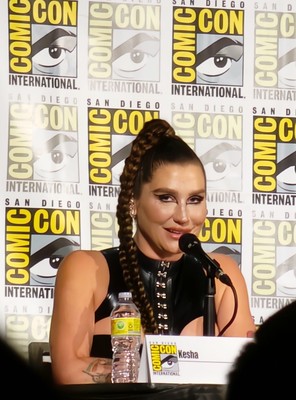 I don’t usually spend a lot of time waiting for the offsites but there is always plenty to do downtown.  First, these types of folks are still there with big signs and loudspeakers: 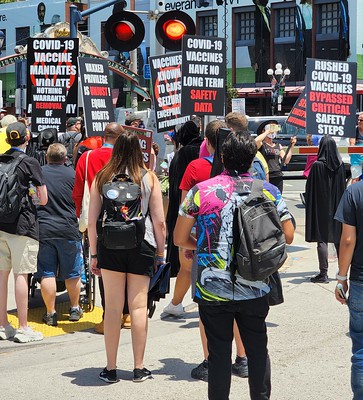 I went to the Dungeon and Dragons Tavern experience where they gave you a free drink while you watched a CG Dragon show. 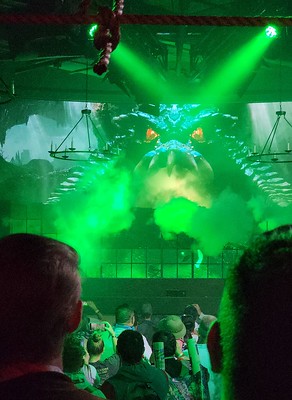 FX had one of the best offsites I have seen for American Horror Story.  Basically an AHS theme haunted maze during the day with awesome actors and jump scares. 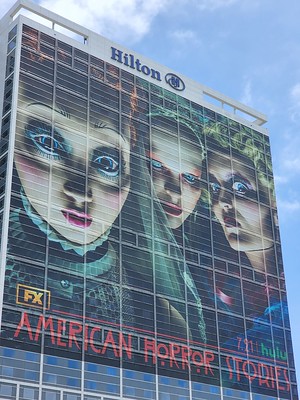 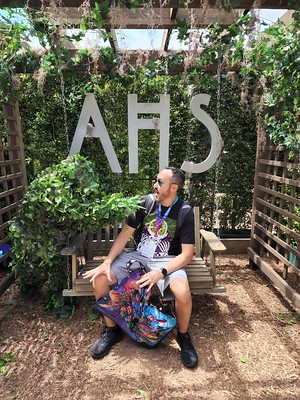 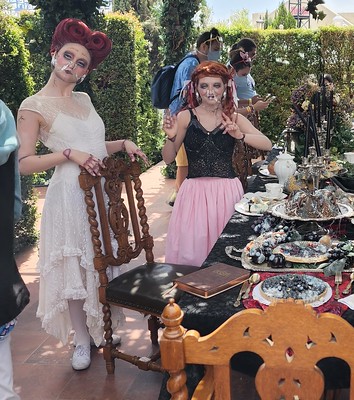 The vendor tables were more of the same, sky high con prices so not the best place for trades or deals.  It was the first year exhibiting for some who rolled over from the November Special Edition, and sounded like some were stunned by the long lines created by nearby mega-booths.  I also heard mixed results at small press.  Some did well and some did better at SDCC SE. Our friends at Coffin Comics had a record year, so cheers for them!  I also heard rumors SDCC may start charging for Artist Alley tables next year so the lockdown years most likely did a number on SDCC’s costs.

All we know for sure is changes will keep coming.  It was great to be back though, and to reconnect with friends I haven’t seen since 2019.  For me that’s still the main draw of SDCC, of course I’m a crazy collector of many things, but seeing old friends and making new friends keeps me dedicated to attending.  Hopefully 2023 is a full return to form as dates are already set.

Louie Martinez writes for Comics Heating Up. He covers conventions and more.