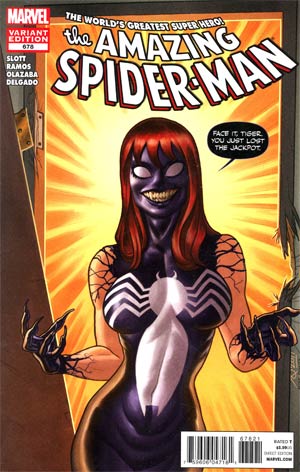 , which is available on eBay, with her first full appearance in Venom Sinner Takes All #3

, also on eBay. This one was Eddie Brock’s ex-wife Ann Weying. But this was not Mary Jane in the Venom Symbiote. 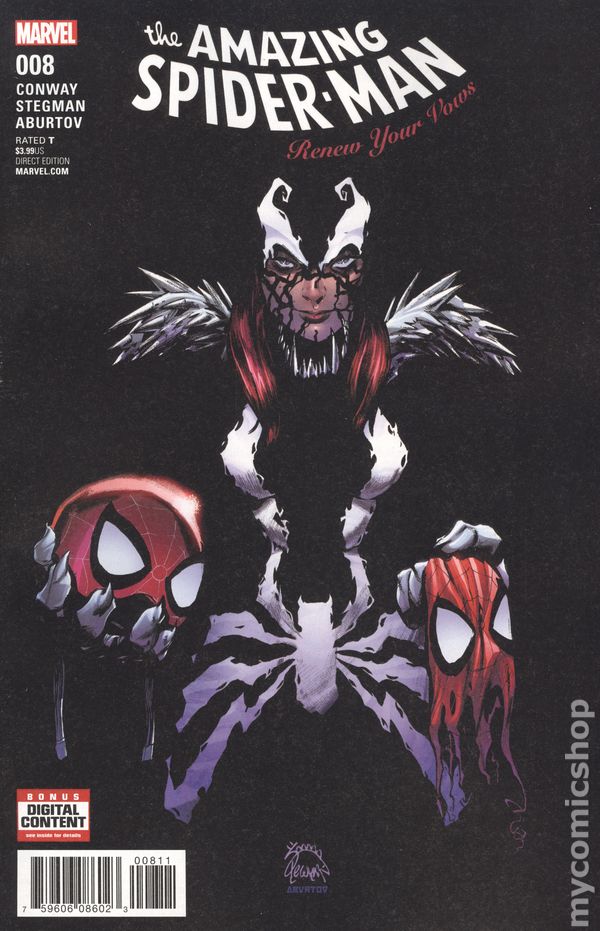 (available on eBay). In addition to the regular cover, there was a Incentive Clayton Crain cover

(available on eBay). The book was released in August of 2017. This was not her first cover appearance as Venom in the series. The honor goes to a series of Renew Your Vow #1 Unknown Comics variants 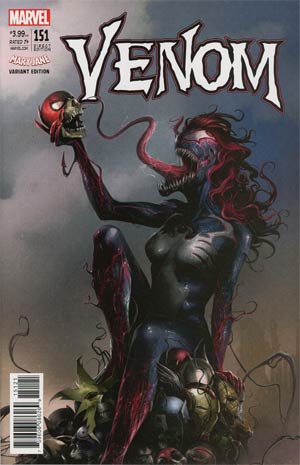 In between the January and August release dates if Amazing Spider-man #1 and #8, another Mary Jane Venom was released. This time it was the Venom #151 Francesco Mattina variant

(available on eBay). This cover was released in June of 2017 and sold fairly well. It was part of a larger Venomized variant run, just like the original Amazing Spider-man #678 Variant. 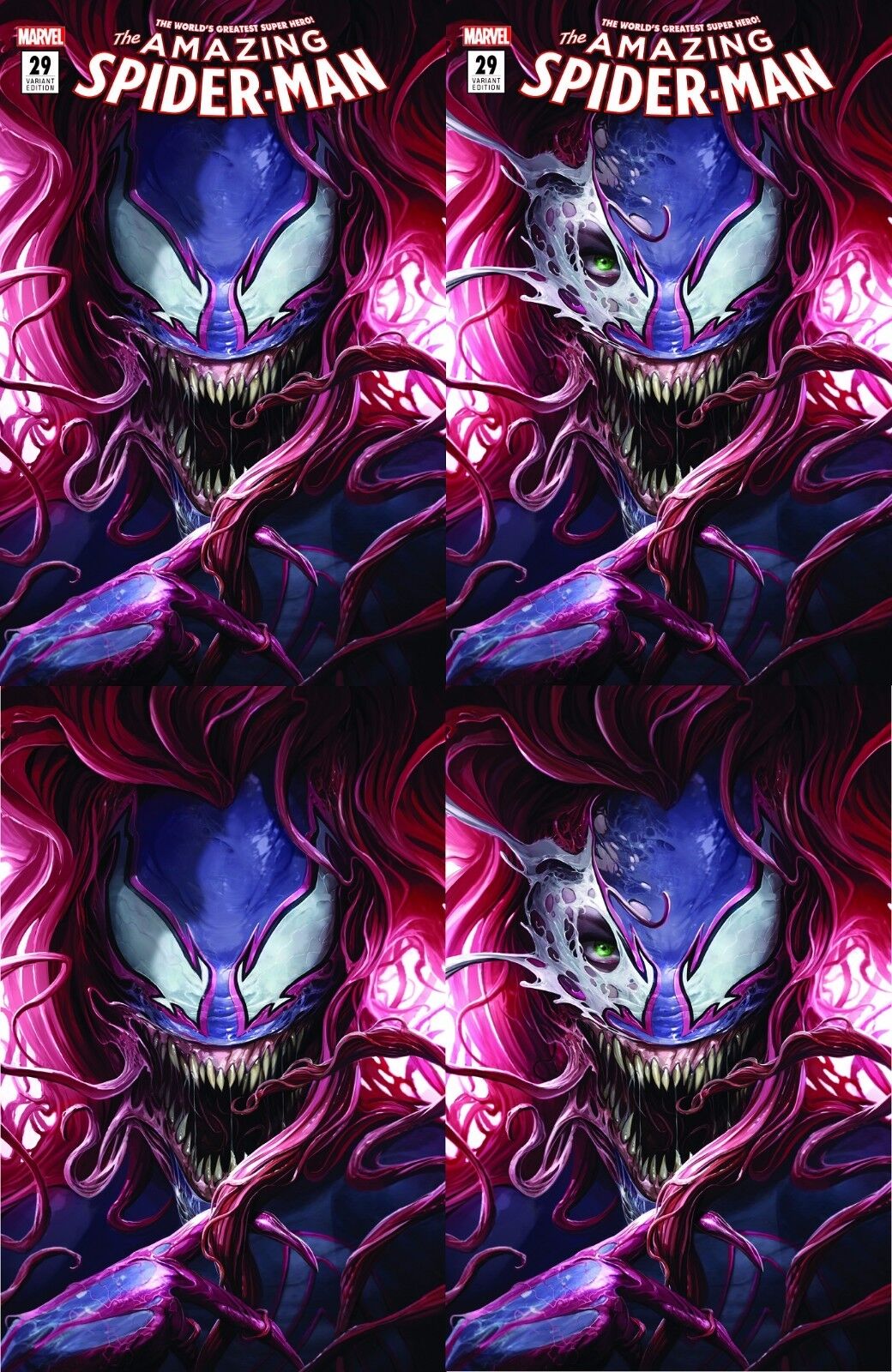 The previous run of Amazing Spider-Man Renew Your Vows, the 2015 series, had a three cover Venomized Mary Jane set for Renew Your Vow #3 (available on eBay)

. It was available in a regular Color Variant, a Black and White Variant, a Negative Variant, and a Red Variant. These came out around October 2015. 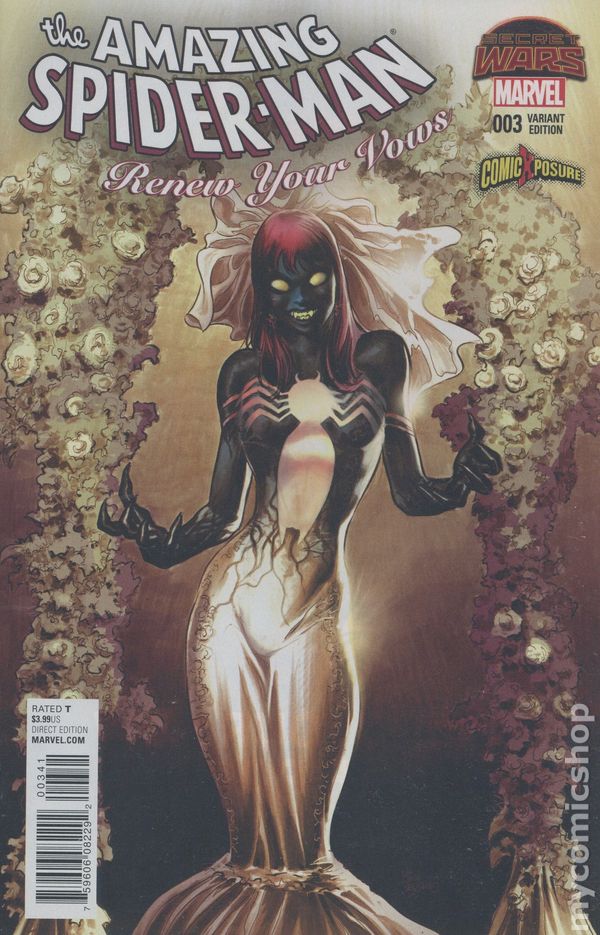 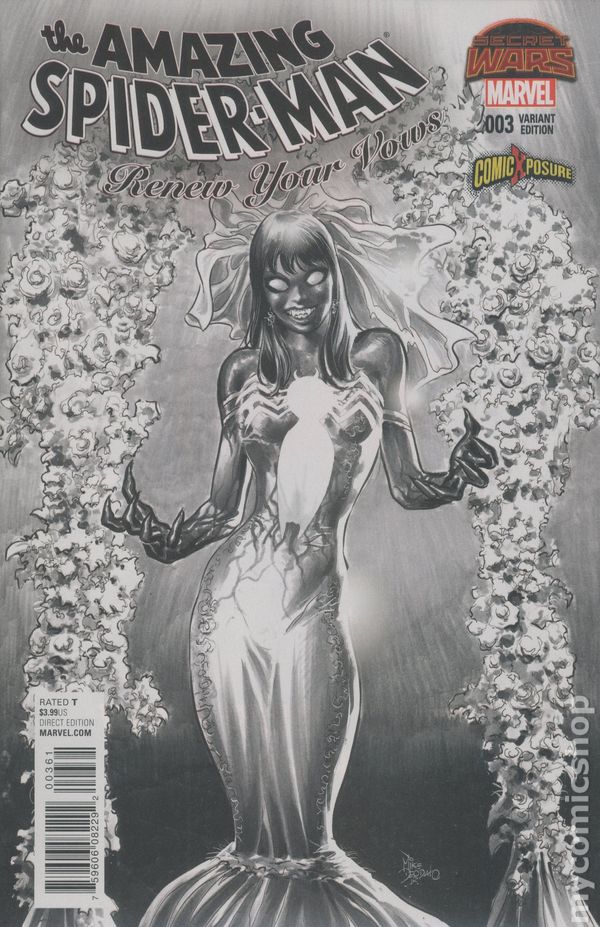 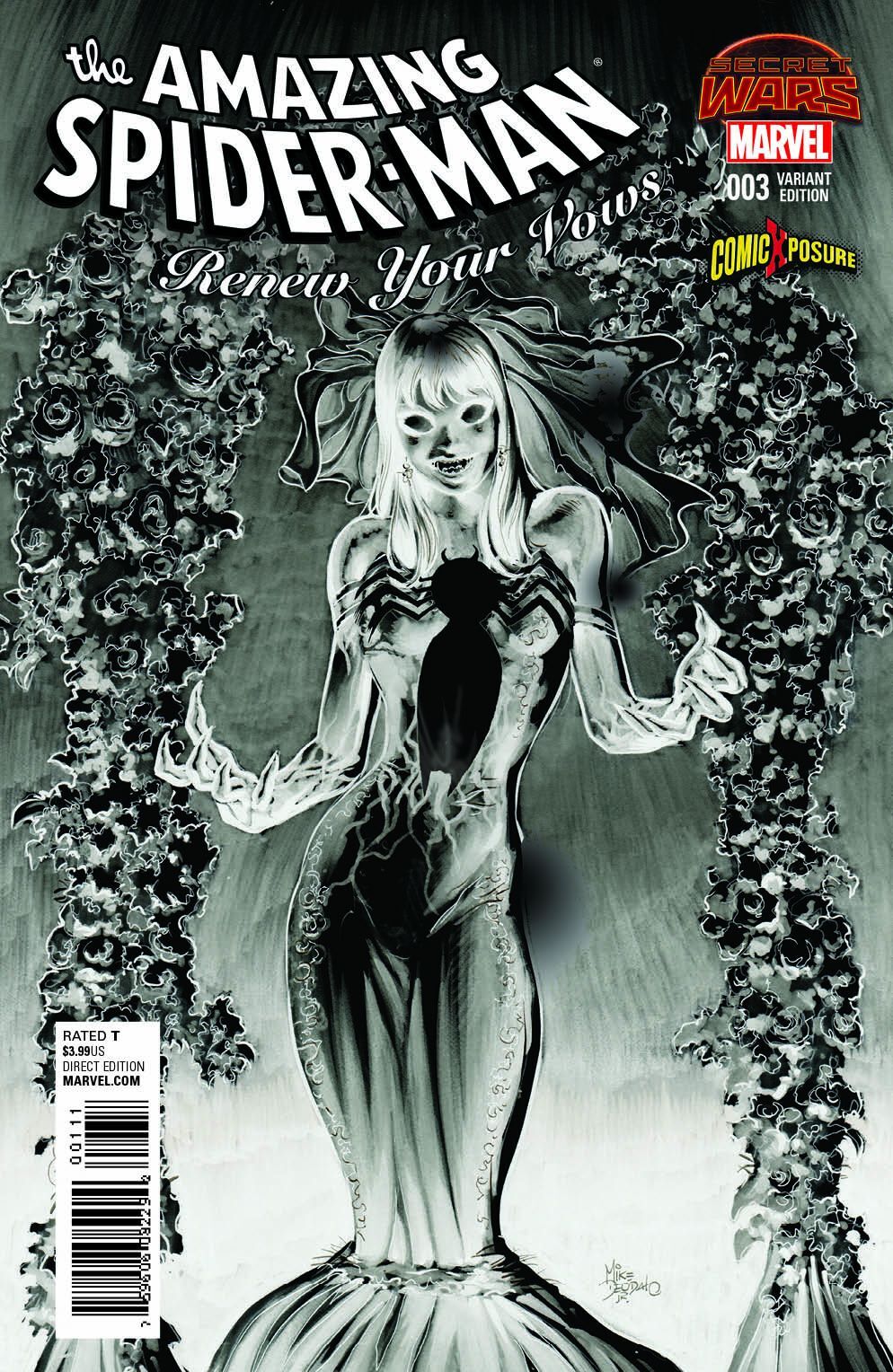 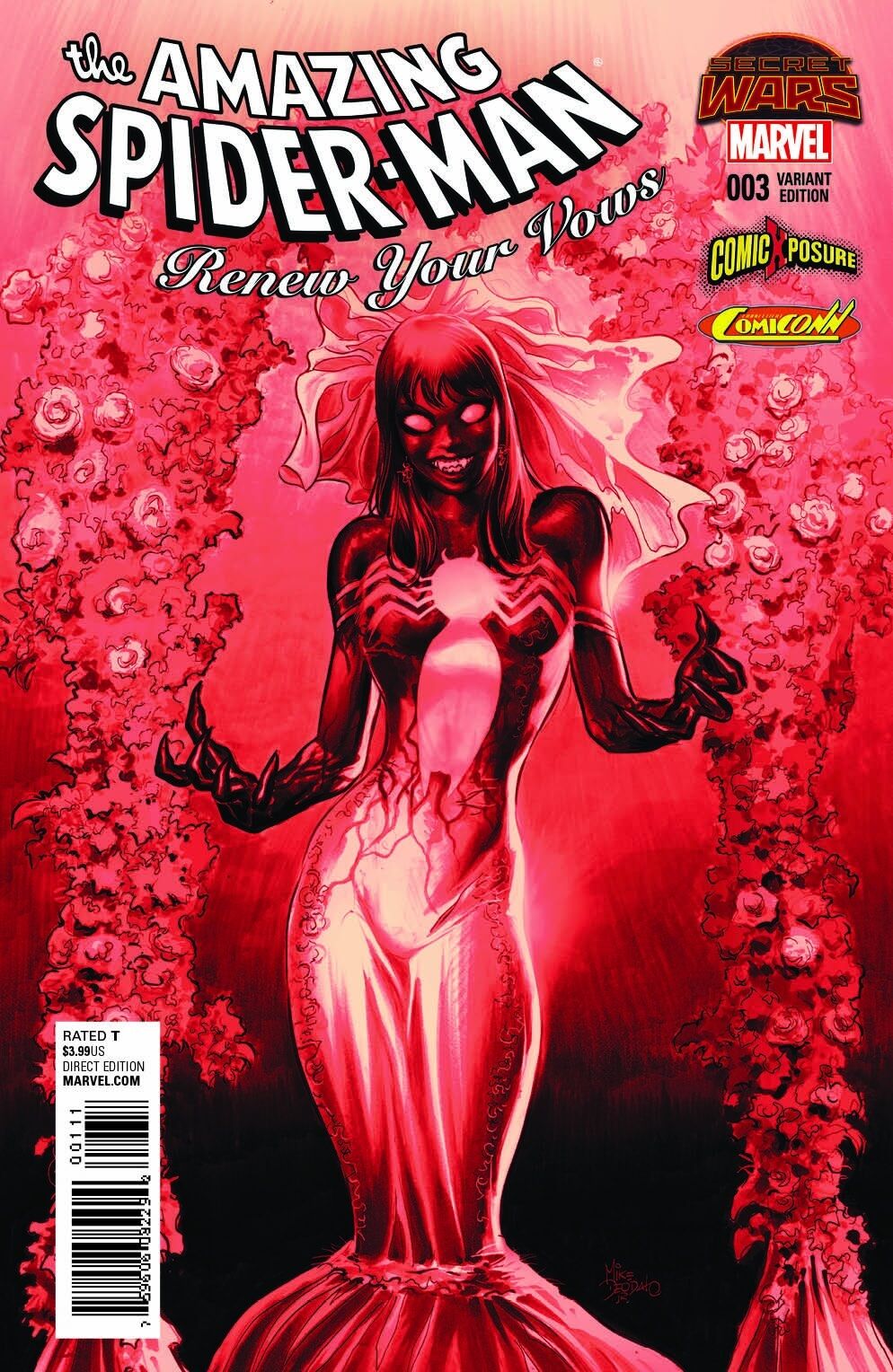 (available on eBay) we mentioned before came out in January of 2012, pre-dating most of the other covers (and actual appearances) by several years. (There is also a later printed La Mole Convention Variant

(available on eBay) of this cover.)
So what was the first appearance of Mary Jane in the Venom Symbiote?
That honor goes to Spider-Man Power Pack #3

, both are available on eBay. In this all ages book, a fashion designer gets a hold of the Venom Symbiote and sews it into three dresses. One of them modeled by Mary Jane Watson. When the symbiote hears Peter’s name, it turns the three runway models, Mary Jane included, into Venoms. These books were releases in March and April 2007. Unless I am missing a book, these would be the earliest appearances of Mary Jane as Venom.

22 thoughts on “What is the First Appearance of Mary Jane as Venom (She-Venom)?”