It’s another Spawn Kills Everybody

. This book was quite popular with the first volume, going to several print runs. Spawn

is one of the longest running comics currently in the industry. 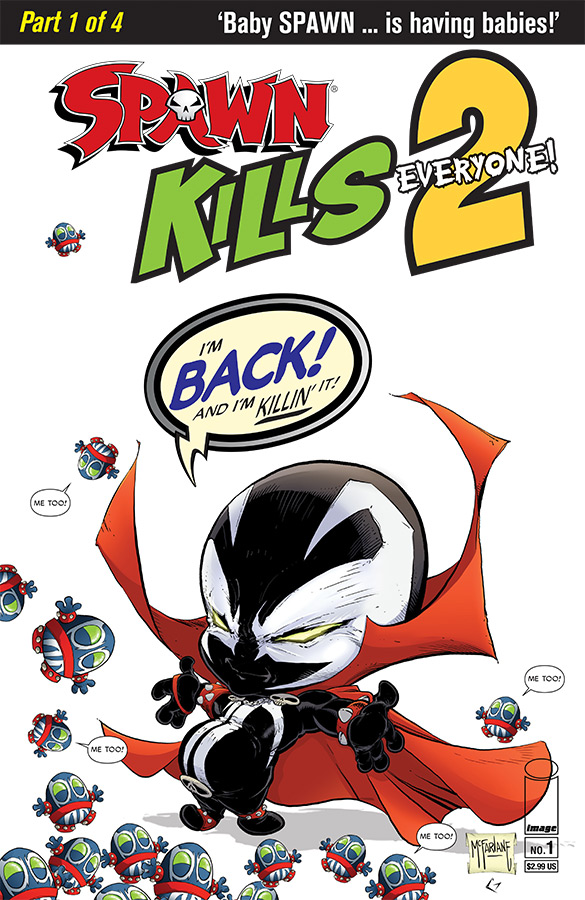 Here’s the full press release:
No reader is safe from the popular parody one-shot Spawn Kills Everybody

! Even better, fans will have a chance sic Spawn

on a personalized rampage with the available sketch cover. 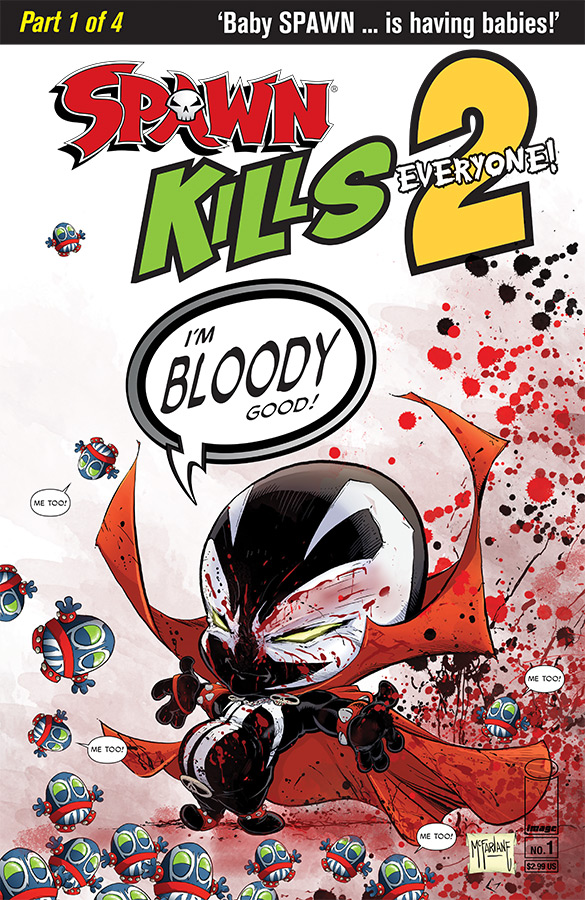 is one of the most successful comic series of all time and is currently being adapted for film. This newest adaptation—a gritty, R-rated reimagining—marks Image President, co-founder, and SPAWN creator, Todd McFarlane’s film directorial debut. McFarlane, an Emmy/Grammy-winning producer/director is also on board as screenwriter and co-producer with Blumhouse Productions. The forthcoming film adaptation will star Academy Award-winning actor Jamie Foxx, in the titular role, and Jeremy Renner as Twitch.
Upon launch, the SPAWN comic sold an unprecedented 1.7 million copies and is one of the world’s bestselling and longest-running monthly comic books, with hundreds of millions sold worldwide in more than 120 countries and in 15 different languages.
The comic became an Emmy Award-winning animated series on HBO and a New Line Cinema feature film that grossed more than $100 million. McFarlane went on to direct and produce award-winning and critically acclaimed projects for top movie studios and record labels.

One thought on “NO ONE IS SAFE, Murder Spree Continues in Spin-Off Sequel, SPAWN KILLS EVERYONE TOO”