Welcome once again all you wonderful comic book enthusiasts, nerds and even those that are only interested in flipping the hot books for profit to Poyo’s magical world of comic book speculation (and drek, can’t forget about those books you want to avoid), where I’m wrong most of the time but every so often I get super lucky with my picks.

I do believe I’ve been 100% accurate in my drek picks though. Either it’s just that easy to pick the obvious avoids or I’m just a comic book avoid genius.
Don’t forget the Rick and Morty vs Dungeons & Dragons NYCC Character Sheet Blank contest going on. If you haven’t entered, nows a better time than any other time. 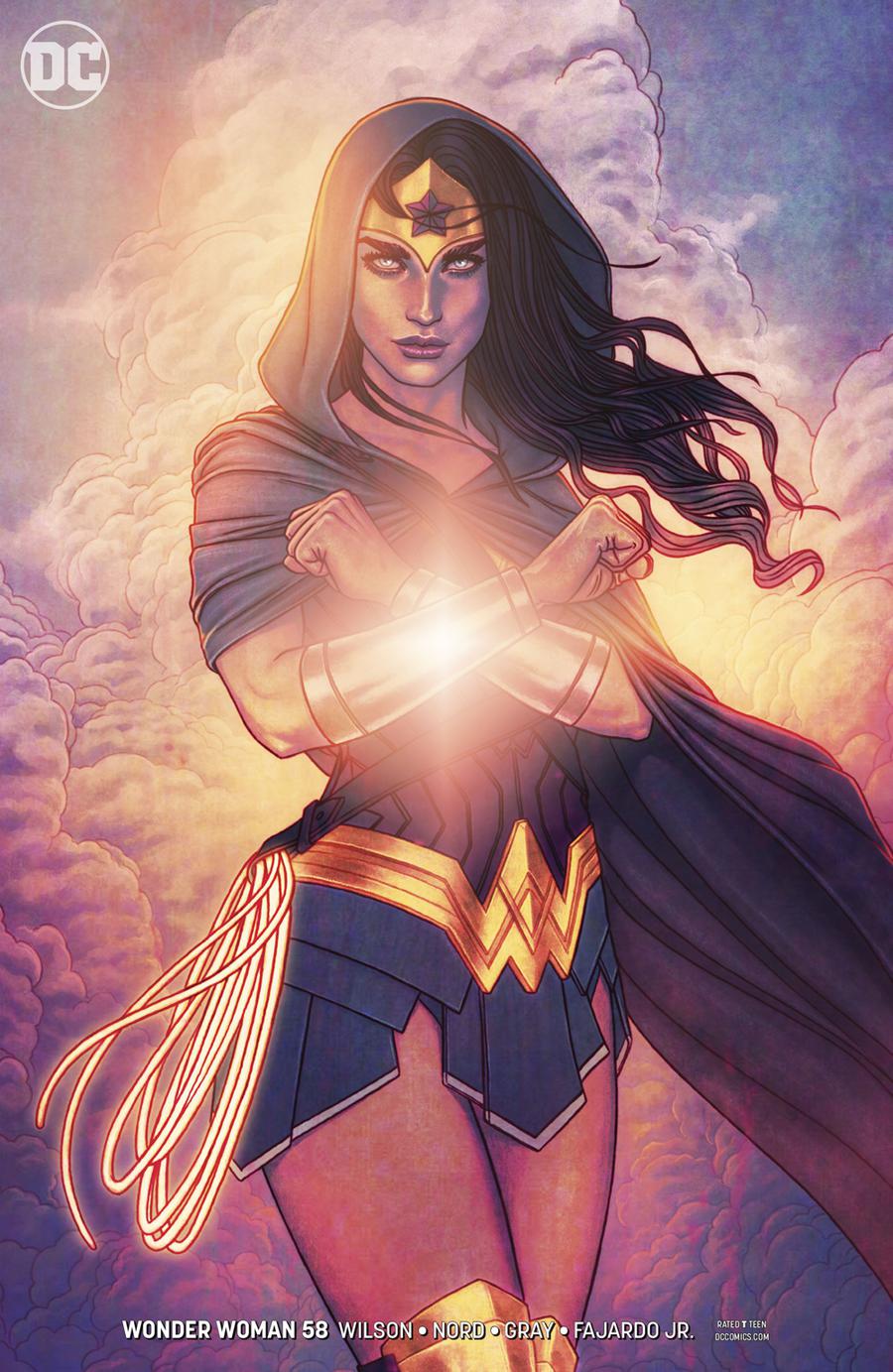 is my DC pick this week.
Frison has her fans and we’ve been seeing some solid numbers from her covers on the secondary market

from time to time.
These don’t seem to blow up at first but are long term holds as they result in becoming $10 to $15 books over time.
So even if you don’t flip, buy at cover when you can since once supplies run dry, these will cost you down the road.
Also for you Mister Miracle fans, the final issue hits stands this week with issue #12. Hopefully we don’t go too long in seeing this character as this was a surprise hit from Tom King. If you can still find issue #1

out in the wild for cheap, it’s still a solid $30 book for most average sales. 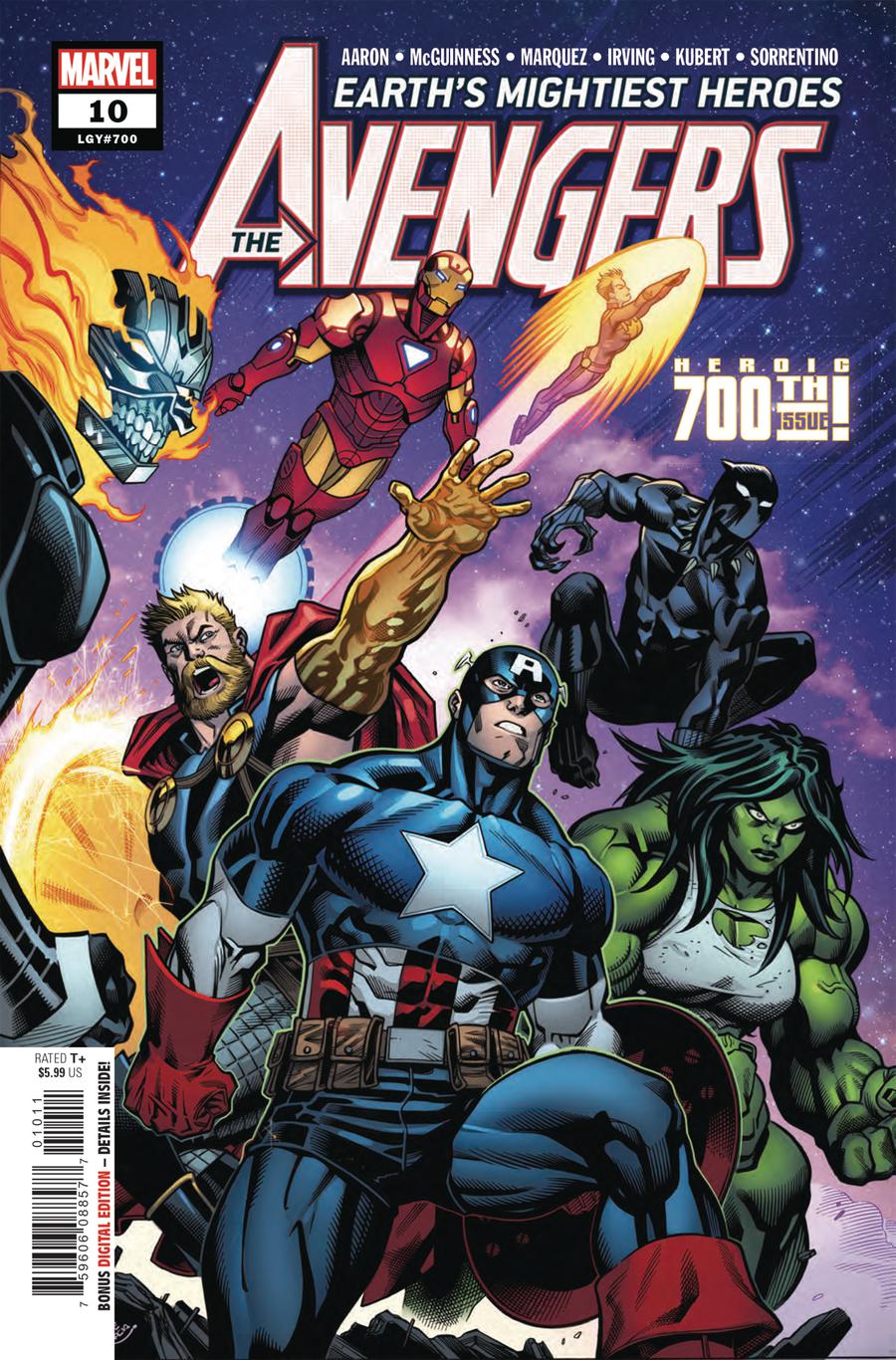 Marvel Pick
This weeks Marvel pick goes to Avengers #10.. err, #700. Wait, it’s #10 but Legacy numbering puts it at #700.
Marvel says they reboot to avoid confusion. You know what’s confusing, slapping a #10 on the book but saying it’s #700.
Regardless of the shenanigans going on over in Marvel-la-la-land, this book might not heat up but it has some things going for it. Agents of Wakanda, Namor’s new Defenders

are gunning for the Avengers and supposedly a new “startling” Avenger is being introduced. Whether it’s a new character altogether or an existing Marvel Universe character that’s never been an Avenger previously, I guess it’s still something to keep an eye on.
Avengers are pretty much the center point for all the Marvel movies so anything that happens in the comics can eventually make it’s way into the movies.
The actual Marvel book that might catch some heat is the Black Order #1 JTC variant. Just a sweet looking cover if you ask me. I think I’ve mentioned this before but I really wish JTC 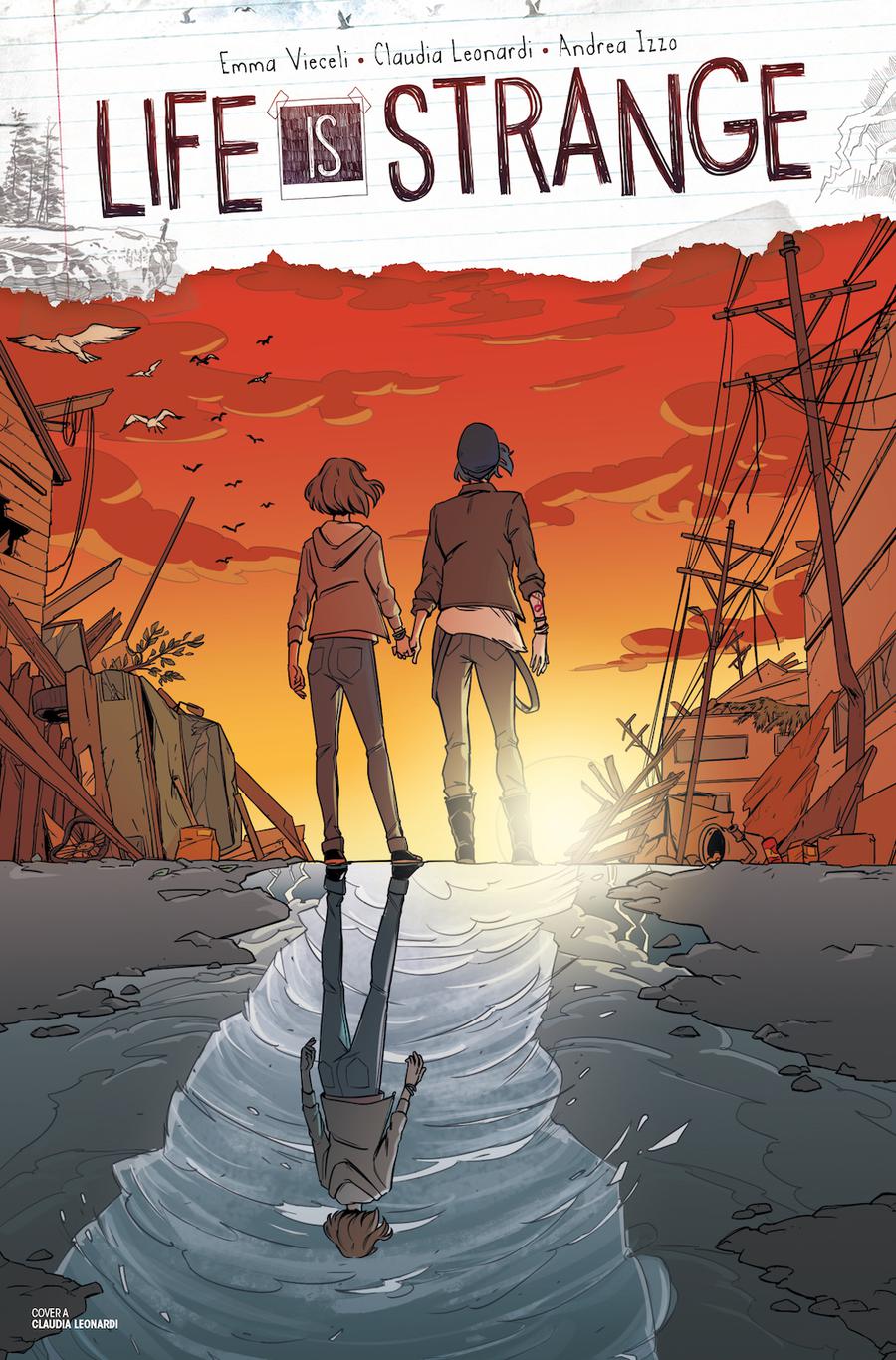 from Titan Comics is this weeks indie pick. Not a whole lot else going on for indie books this week.
This one is being limited to 1 per customer at Midtown and with a handful of variant covers, could be one to keep an eye out for as it’s a popular video game

that was developed for the PC, Playstation, XBox and many other platforms.
So for all you gamers out there who were fans of the game, this book is a likely pick up for you all. 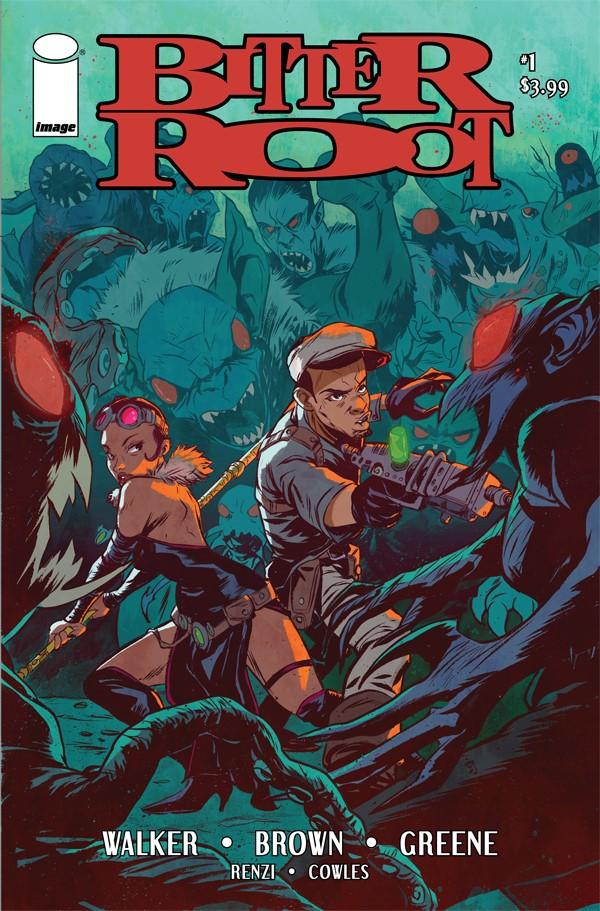 Small Publisher Picks (yeah, I got a few more this week)
I don’t usually pick Image books as they seem to have more duds than winners but I got an advance review of the new Bitter Root and I really enjoyed this book.
So my first pick this week for small publishers is this new book that if you don’t recall, we posted an advanced sneak preview a few weeks back.
Overall a great read and I’m really looking forward to issue 2 which will also have a Bill Sienkiewicz cover. So this one might not heat up but I’ll be happy if it does.
Another book to keep an eye out for (and I mentioned as a heads up a few weeks back) is Weatherman #6

Opena variant which I believe is the 1:25 ratio variant. Some retailers are selling this one for $30 and I doubt most retailers are ordering enough copies to even qualify for this variant. I expect it to be a ghost. 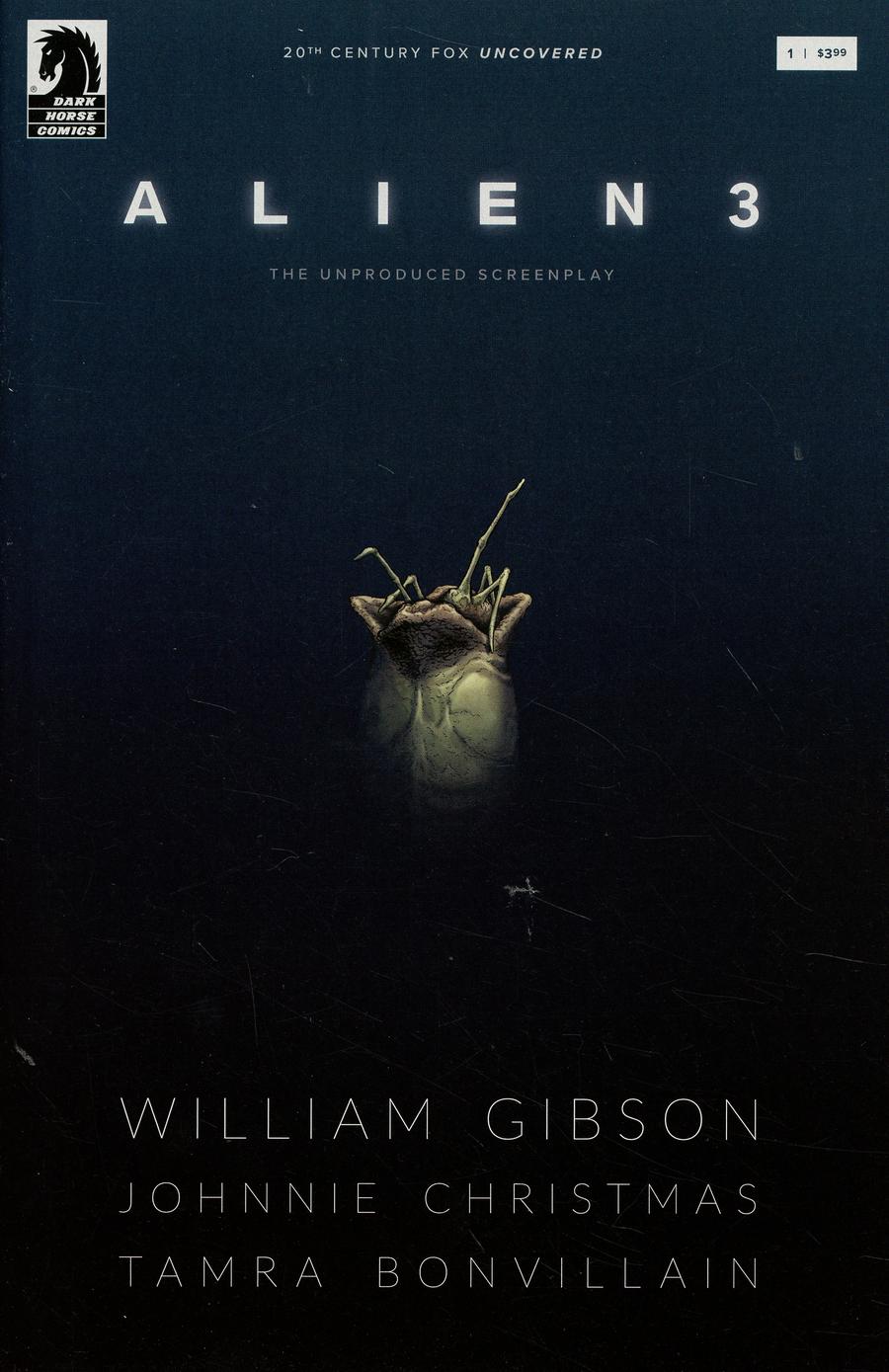 I loved the Alien movies. And yes, I’m one of those rare people who really enjoyed Alien 3. It’s not as good as the first and second movie but it’s certainly better than the 4th installment. The only thing good about that installment was Winona Ryder (sorry, she was my long time crush back in the day).
So this one has my interest as it’s based off the original script. You might not be aware but most movies we see go through plenty of script edits and sometimes an entire rewrite before it’s even filmed.
I really dig the Cover A as well. Would make a great virgin variant. 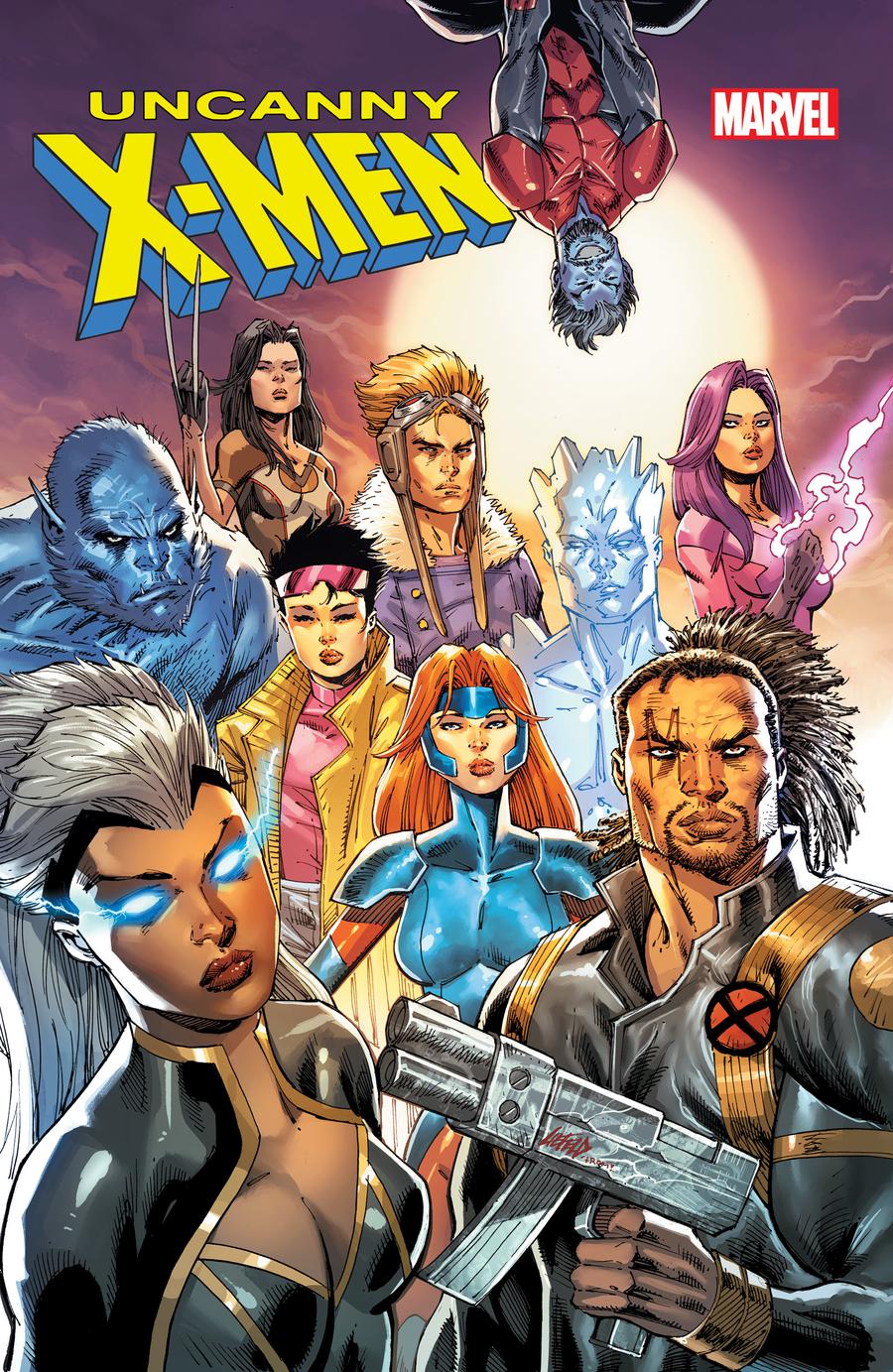 Now on with the dreaded “avoid” pick, every writer and artist worst nightmare when it comes to selling their hard work.
Oh my goodness, look Ma, it’s a Liefeld variant with no feet.
This cover has early 90s horrible Image Group shot written all over it.
Avoid, avoid, avoid. Wait a bit longer before buying this if you truly need or want it (a few weeks perhaps) and you might just be able to find this in the dollar bin sooner rather than later.
With the amount of covers this new title has alone, it’s just too easy of an avoid pick. But honestly, pick the cover you want and leave it to just 1 copy.