(Note: Wasn’t wearing my official CHU staff shirt that day, but it is a Misfits shirt so basically still counts!) 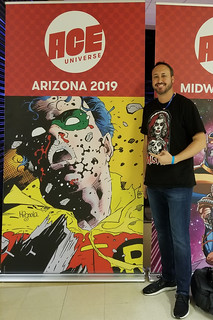 The image above in the banner is of Ace’s super sweet exclusive foil cover of Batman #428 by Mike Mignolia only offered at the con.

Ace definitely dialed in the operations this year, check in was super fast and there was an info booth setup right in front to help people navigate the arena.  The arena experience is unique, the setup is convenient for attendees to walk around and plenty of places to sit and relax of course. Also all concession stands were open for convenient food, snacks, drinks, and beer!

I attended the X-Men Dark Phoenix panel with Michael Fassbender (Magneto), Tye Sheridan (Cyclops), and Alexandra Shipp (Storm).  I don’t recall ever seeing Fassbender at any other con, so very cool to see him there. Michael stated that we will see a self sustaining community that Magneto has created for his team, but when something draws him out, it’s always “go big or go home” with Magneto.  Alexandra was asked if Storm will be displaying any new powers, she confirmed “lots of new powers” and said the powers are not new to Storm but new to audiences (I assume she means powers from the comics that movie audiences have not seen yet).

I did not know Alexandra Shipp was from Phoenix.  A fan asked what her favorite local restaurant is and she said Oregano’s.  Mine too! If you are in AZ, their pasta is a must have.

Ace is awesome enough to record the panels and let the public watch, here is the full video:  https://www.facebook.com/ACEcomiccon/videos/469483050122988/

Here is Ace’s video for the panel with Taron Egerton, looking forward to seeing him play Elton John in Rocketman: https://www.facebook.com/ACEcomiccon/videos/315350209088181/ 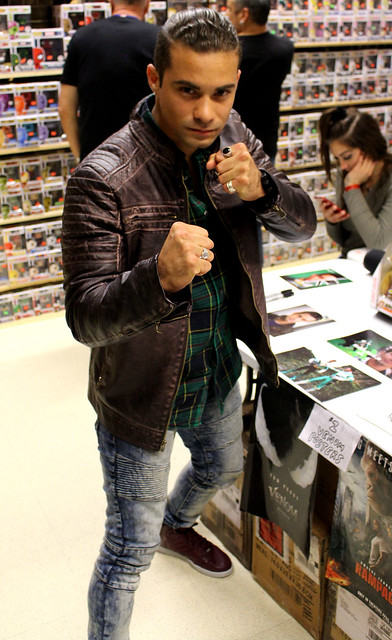 A nice surprise was running into Hector David Jr. (Power Rangers – Green Ranger).  He was stationed at a booth but was routinely found taking pics and signing for fans, he was super interactive with everyone.  Every now and then we would clear the aisle and do a crazy high flip for the crowd. You never know what you will run into at a con! 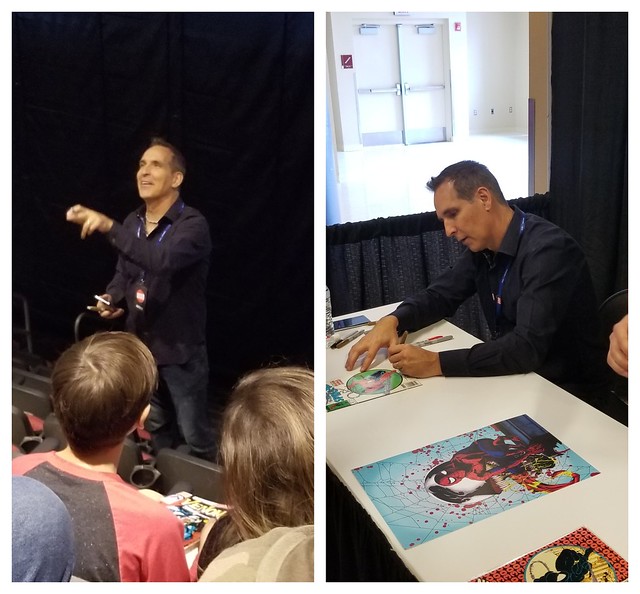 The Toddfather was there on Sunday.  As always, Todd McFarlane is amazing and full of energy.  He signed for several hours. If you were willing to wait until the initial long line was taken care of (1 item limit), you could get in line again and get a 2nd item signed which is a privilege I have not seen at one of his signings before.

There was a vendor there to perform CGC witness but not taking regular submissions. My friend was super disappointed since he brought several things. That’s my only piece of feedback for Ace is to try and secure CGC or a vendor who can take CGC submissions. Feels like a piece of a comic convention is missing when people can’t submit their comics for grading.

David Mack was in AZ for the first time in many years, his water colors are stunning.  You can spot one of his covers from a mile away.

Did not see many of the moderns we have been chatting about recently but here are a few notable prices:

I hope Ace will continue to make AZ a yearly stop, check them out if they come near you! https://aceuniverse.com/