, Vol. 1. In celebration of the new series, an additional, exclusive, signed edition will be available for Independent Bookstore Day on Saturday, April 27. 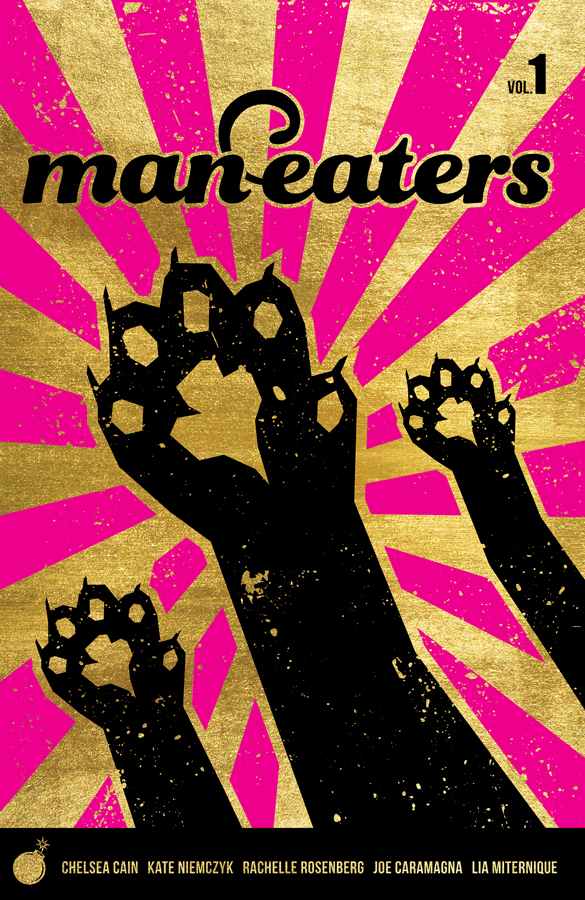 On the heels of Marvel’s unexpected cancellation of Cain’s The Vision series, support of Man-Eaters went viral across the social media sphere with signal blasts from mainstream media covering the Marvel slight and ironic timing with her new series, Man-Eaters. The hot new title can best be described as Kelly Sue DeConnick and Valentine DeLandro’s Bitch Planet

In Man-Eaters, readers are introduced to a world where a mutation in Toxoplasmosis causes menstruating women to turn into ferocious killer wildcats—easily provoked and extremely dangerous. As panic spreads and paranoia takes root, the fate of the world rides on the shoulders of one 12-year-old girl. Part Cat People, part Naomi Alderman’s The Power, Man-Eaters has an all pro-feline agenda.

Bookstores interested in submitting Independent Bookstore Day orders must do so by Friday, February 1, 2019.

It is available for pre-order on Amazon, Barnes & Noble, Books-a-Million, IndieBound, and Indigo. Fans can also subscribe to receive the series delivered by mail within the domestic U.S. on Image Direct.