We spec, I drek and sometimes I’m actually right on both. That’s the game when it comes to spec’ing. So we dive into another week of the comic book world that is like Christmas in the middle of the week.

Last week was pretty small, particularly in the indie and small publisher world of comics. Here’s to hoping this week brings much more delight as DC and Marvel already appear to possibly have some great spec book potential taking an early glimpse of books selling out online prior to Wednesday. 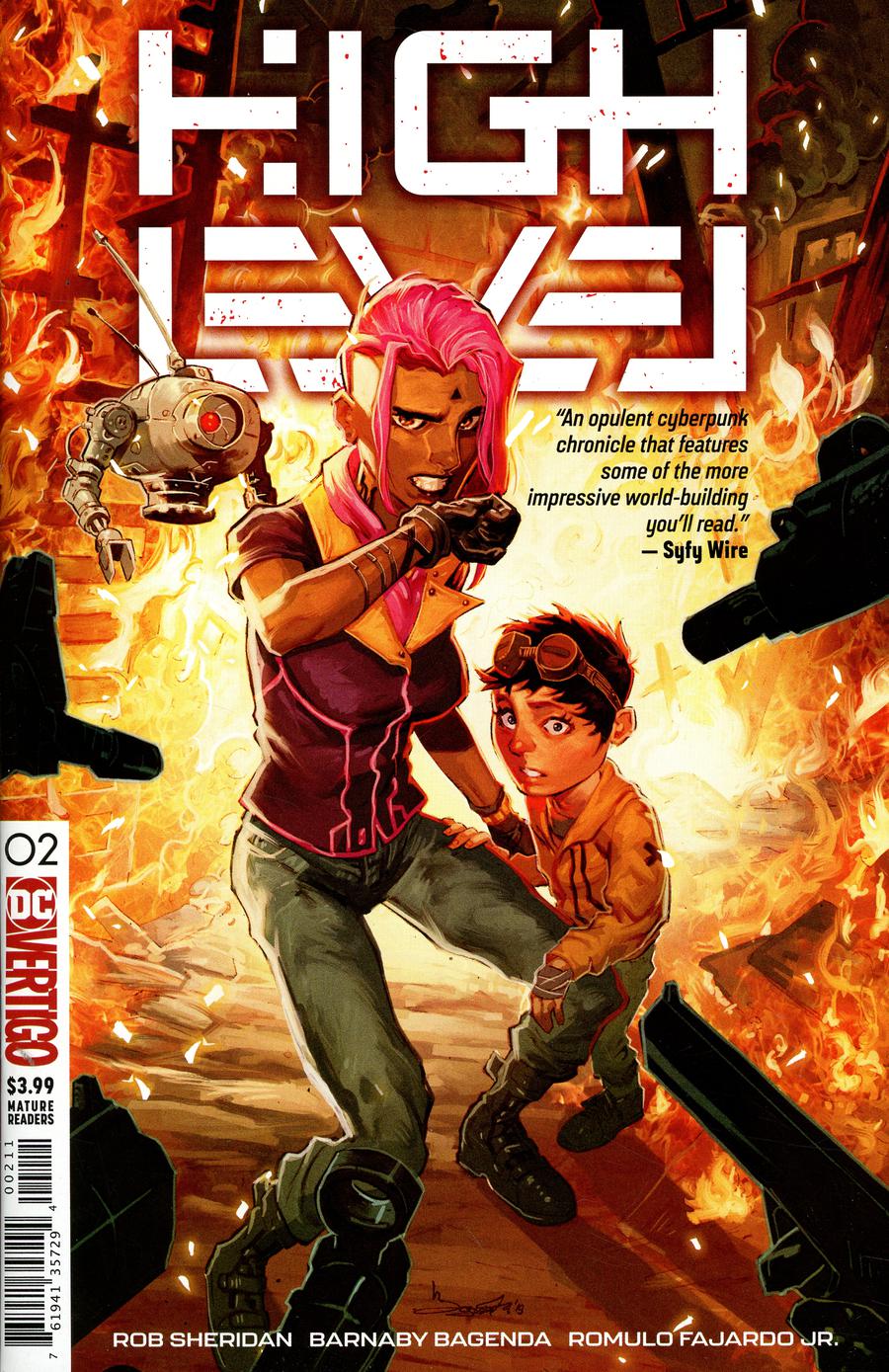 My reader pick this week goes to High Level #2 from Vertigo.

I read issue #1 and really enjoyed it. The art is great, the writing is good. So I’m really looking forward to reading this issue.

Issue #1 we saw a Mattina variant

sell out rather quickly. I’m rather in a boycott still due to the plagiarism that has involved around his work lately but apparently that’s not stopping others from buying his book. A few sales reached as high as $18 for this book but sales recently have been all over the place, ranging from cover price to around ten bucks or so. 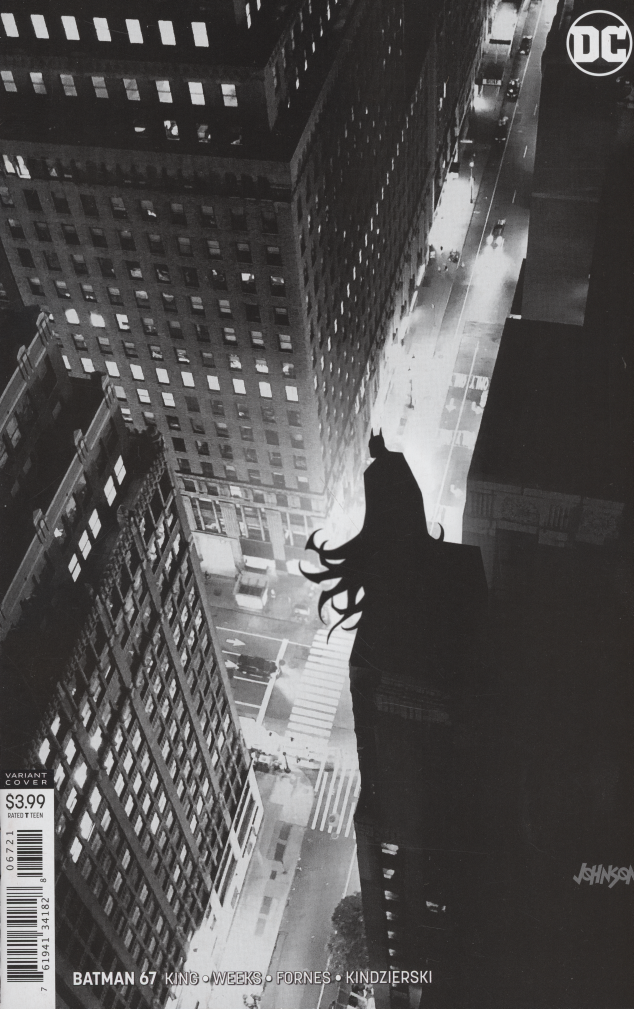 but don’t overlook the Regular Cover A this week either. I’m really looking forward to seeing the Lee Weeks interiors as I’m really digging his cover art for the regular.

There’s just something about Batman standing high, looking over the city he protects. Already sold out at Midtown and other online retailers well ahead of Wednesday release.

This was a tossup between the new Teen Titans #28 Terminus Agenda Mico Suayan variant, which is a Killer B itself. Ultimately Batman wins me over usually every time. 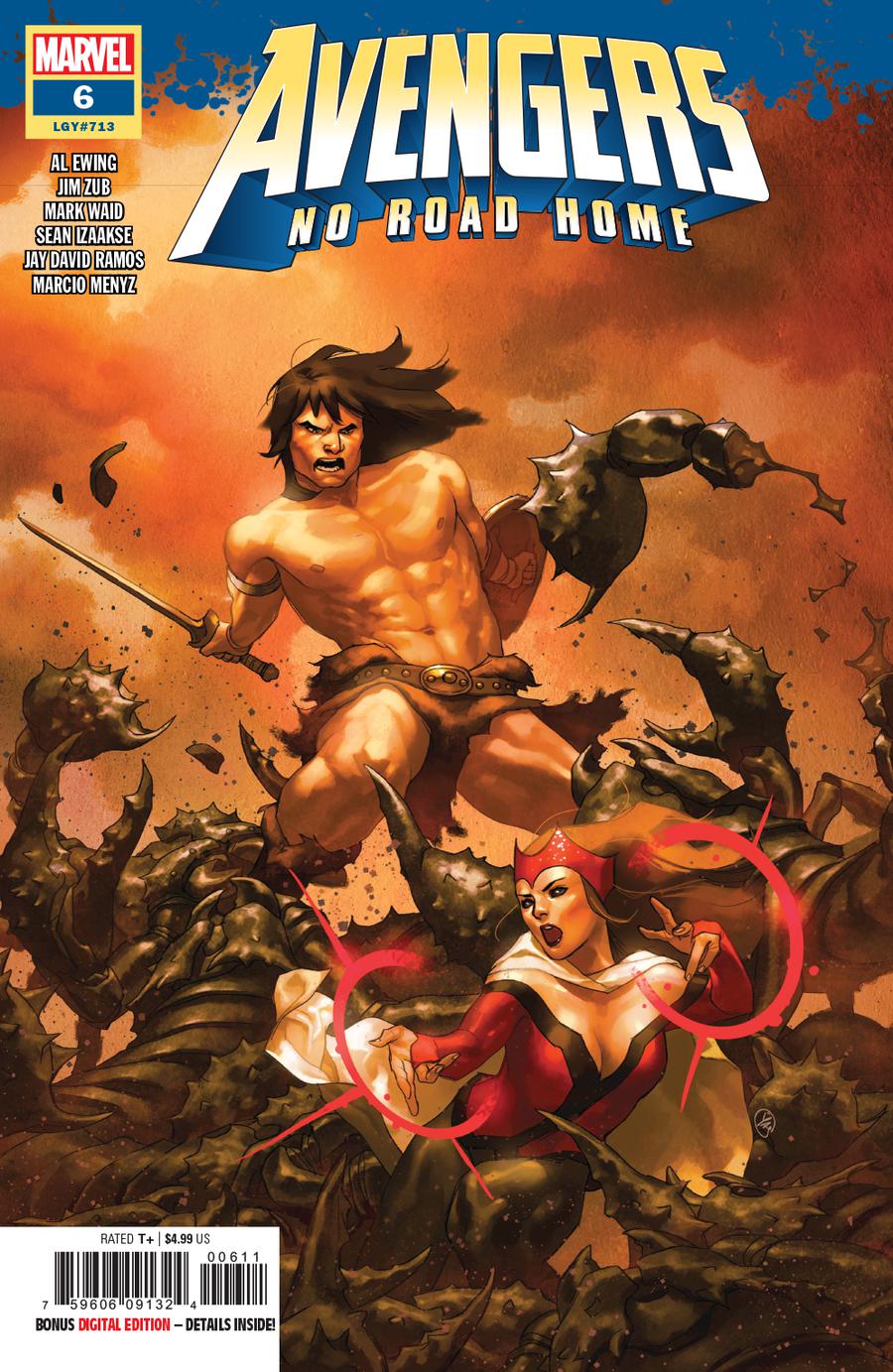 This weeks a no brainer, it’s already buzzing a bit. That goes to Avengers No Road Home #6

with an awesome Putri cover variant.

Conan enters the Marvel Universe and it’s got people talking. I do recall thinking this series we should all stop and pay attention to. I think we’ll be seeing a whole lot more going on in this series.

emerge from the pages of Avengers No Surrender

so are we seeing a possible repeat with this story and title? Let’s sit back, watch and spec shall we?

. There’s also a pretty sweet 25th Anniversary Ross variant as well that’s already sold out or selling out at most online retailers at time of writing. TFAW only has the Immortal Hulk #15 (2nd Printing) available for order. There’s a second print before the first print even hits store shelves. Is there a Red She-Hulk 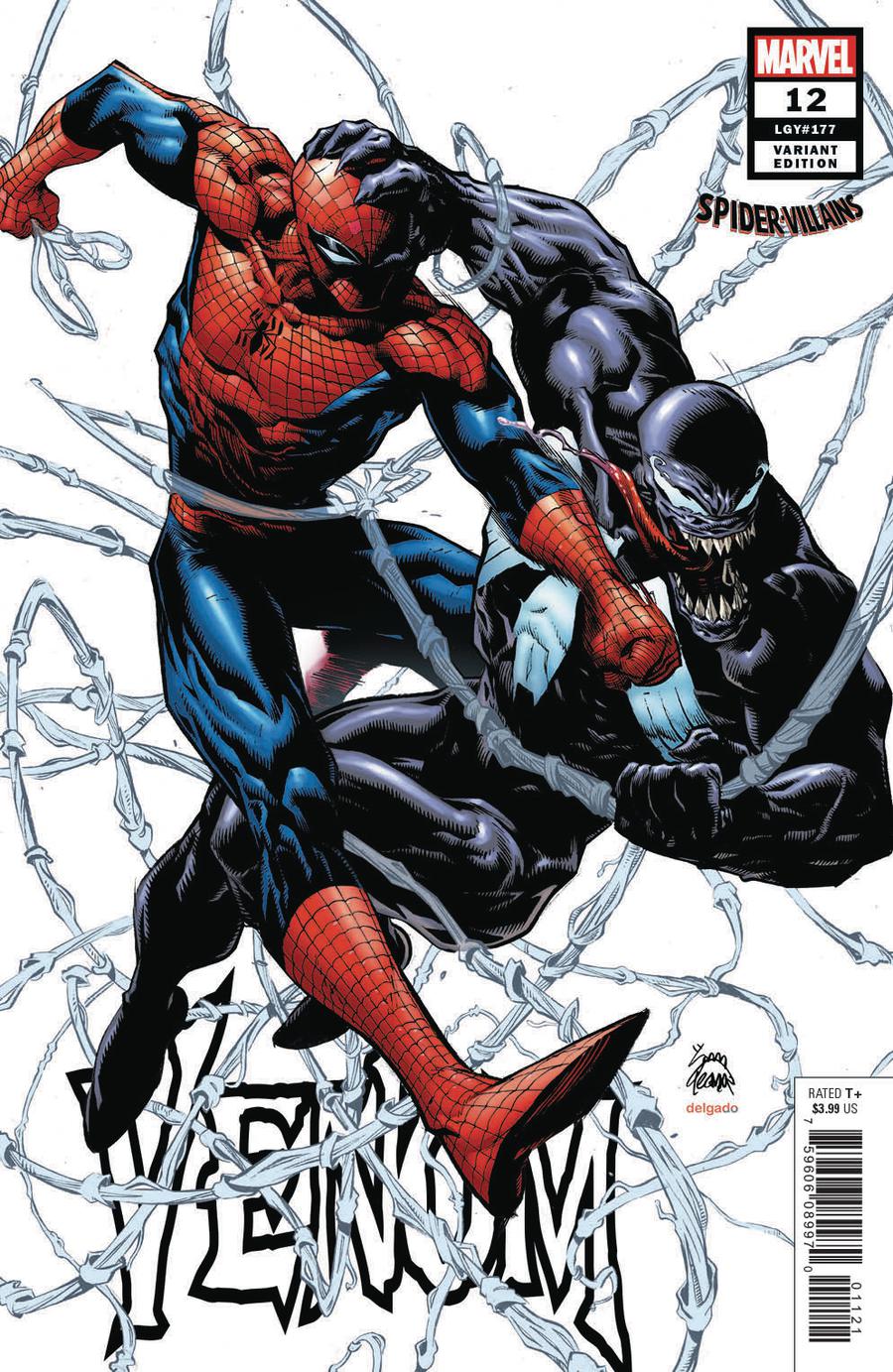 Okay, I’m almost done with Marvel. They got a big week with a lot of potential. I feel like I could have done just a Marvel post for this week, but I have to throw out one more book.

Great looking cover, already selling out online. Could be another winner with spec potential. Buy it off eBay for cover price or less if you can’t find it at your local or online shops.

I don’t know what qualified shops to order these Villains Variants or if they were open order but the one thing this one has going for it is the fact that Venom is Spider-Man related, use to be a villain and it’s on the cover of a Venom title. 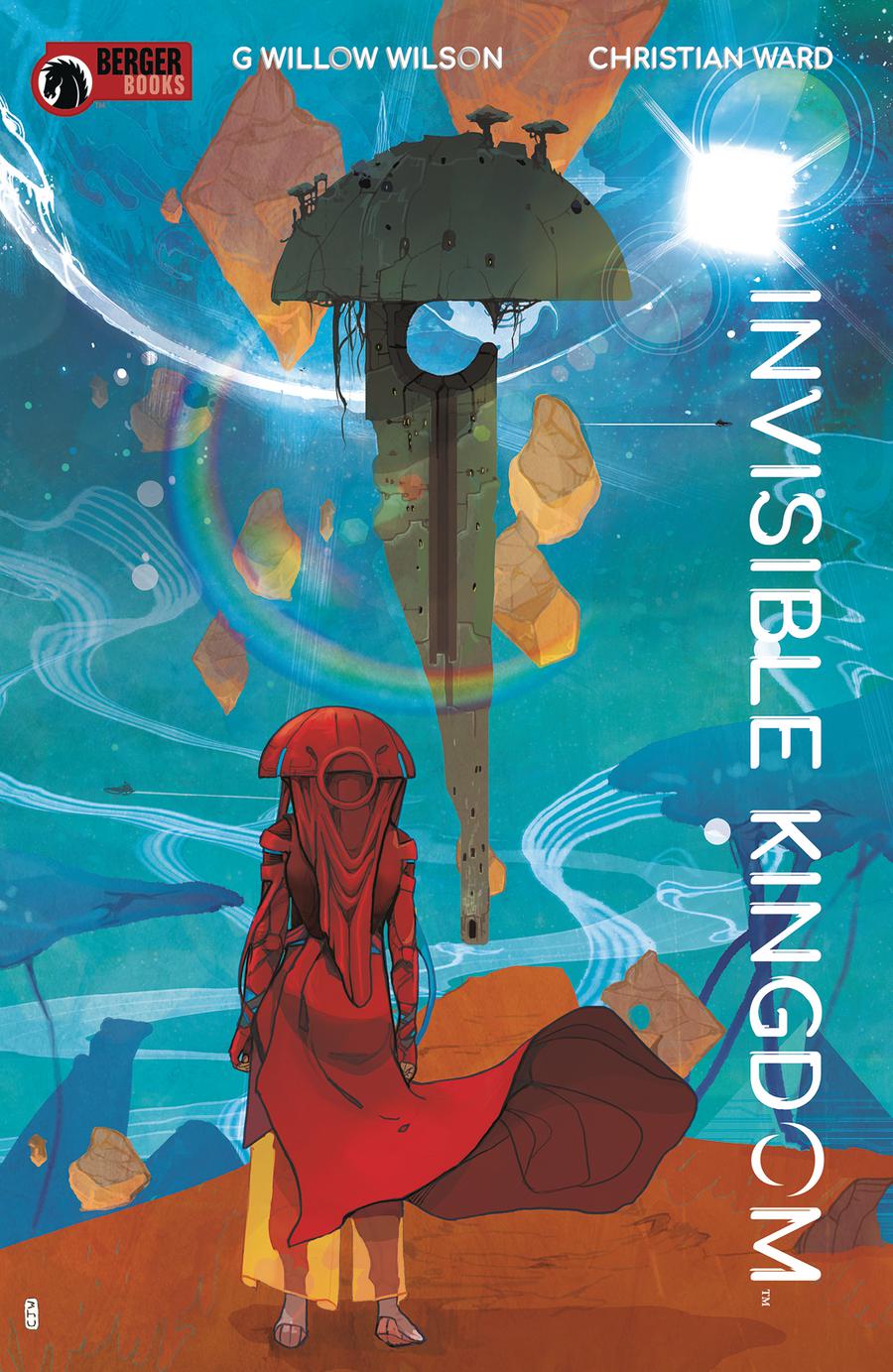 Invisible Kingdom #1 is my first small publisher pick this week.

G. Willow Wilson who wrote Ms Marvel and Wonder Woman brings us a tale of science fiction, mixing religion with a corporation that runs society.

Sounds like it could be a great read. If it heats up, even better. But I’m not expecting any heat on this one, just hopefully an interesting read. 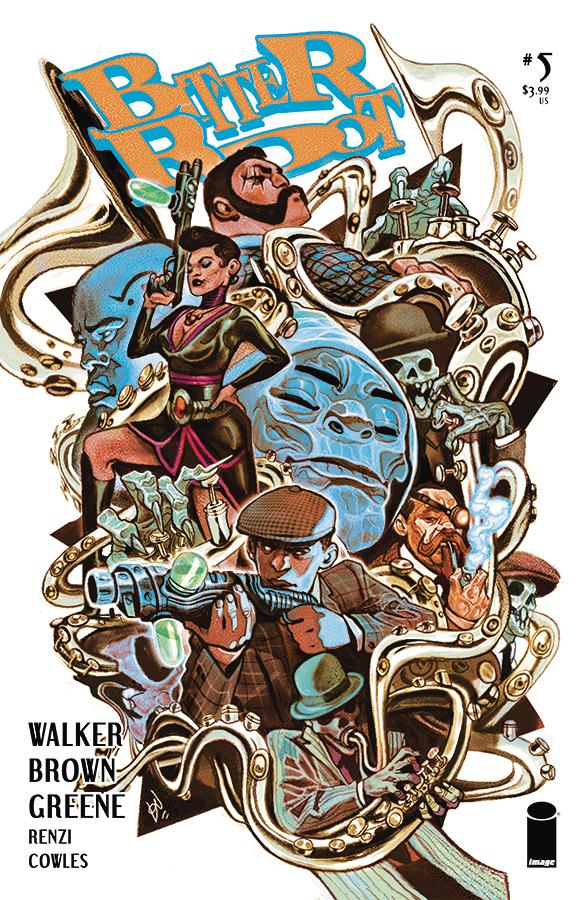 available and has quickly sold out at most retailers ahead of this Wednesday.

I also give this series high praise, it’s been a great read so far and deserves more recognition I think.

I’m an issue or two behind but I’d highly recommend anyone to pick this up just for the read.

I got several picks this week. Since the last couple of weeks have been kind of small or none at all, I feel I can (and have been) break my rule of trying to limit each category to just my top pick.

from After Shock is a pick. We highlighted this book several times in the past. Looks like a great read potentially. Sounds like a Hulu or Netflix show in the making as well.

from Cave Pictures Productions is another indie book I got on my radar to check out. Hasn’t entirely sold out online at time of writing but one seller has these listed already for $7.99 with one sold already. Could be a quick flip book if the demand is there as I expect small print run for this book. 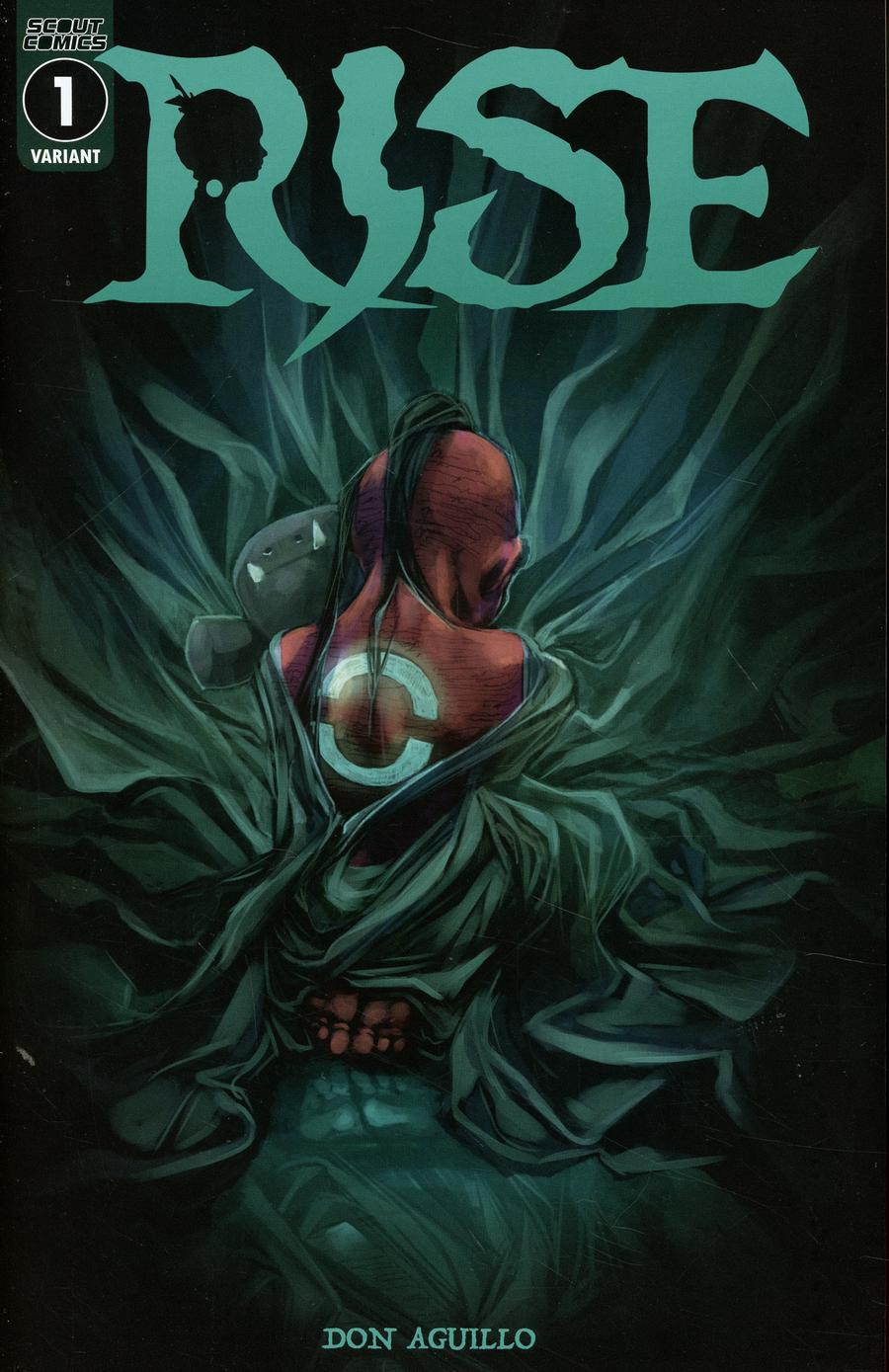 Rise #1 from Scout Comics is my last indie book I’m planning on checking out.

The cover art on these look pretty amazing, even the future issues from what’s been released so far.

Nine-year-old royal orphan Zakaiah falls heir to the throne of the broken post-apocalyptic kingdom of Pacifica, and must endure the Trials of the House of Jasser, a series of tests designed to prepare her to occupy the seat of the kingdom. Recently orphaned and reluctant to embark on a set of trials to teach and test her on the responsibilities that now rest on her shoulders, she is guided on this tumultuous path by soldiers and strangers, plagued by their own struggles, pasts and hidden agendas. Embarking on the journey on a dark road with strangers who now answer to her and inexperienced in carrying the weight of the world, she’s left the only home she’s ever known to explore the realm she now has the responsibility to rule. Behind them, the empty throne is at the mercy of a ruling class that threatens to usurp it for their own dark agendas, and just beyond the shadows ahead, the emergence of an ancient evil threatens to halt their journey dead in its tracks.

I kind of dislike this drek pick since I think the cover art is pretty awesome but come on DC, why did you make Justice League #20 with a Center, Left and Right cover split between 3 books?

What a marketing strategy to boost your sales numbers for a book. You suck DC, just make a wrap around cover that also folds out.

The only way around this to get me to buy this nonsense is if you made each book a $1.50 or so instead of basically price gouging your customers into buying 3 of the same book just to complete the full cover art.

Buy the center variant if you can’t choose and it’s a must pickup for the collection or read.