Enter our friendly neighborhood Spider-Man who suspected something was wrong when he found Bart’s office a mess. 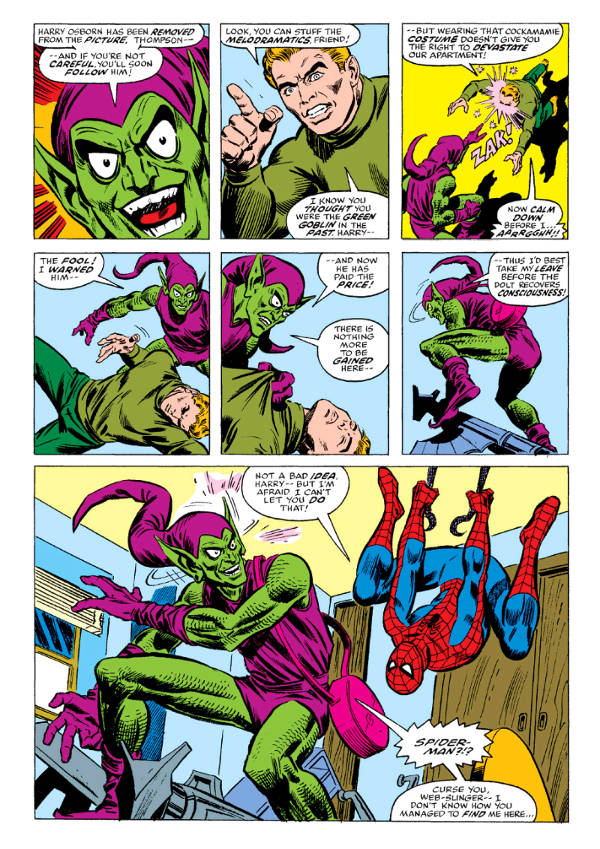 They start to battle it out. Spider-Man believes the Green Goblin is Harry as well. He pulls back his punches thinking it’s his friend but this is no friend of Peter’s.. As Spider-Man tries to reason with the Goblin, the Goblin grabs Flash from the floor and tosses him out the window.

That’s where the story leaves us. Flash being thrown from his apartment window and Spider-Man is having flashbacks of when the Goblin dropped Gwen Stacy, killing her.

His time as Green Goblin is short lived though as he dies in battle in Amazing Spider-Man #180, in the worst possible way.

Spider-Man defeats him but Harry shows up as the Green Goblin himself, the Goblins begin to duke it out. Harry then rips off his goblin outfit and claims the Goblin is dead. Hamilton pulls out an explosive device to launch at Harry only to trip over himself and falls victim to his own explosive.

story line? Well, the Jackal brought him back as he did a lot of dead spider villains.