Image is all about the Press Releases today:

The second issue of award winning playwright and comics writer Sean Lewis and award winning artist Hayden Sherman’s hot new technology thriller Thumbs is being fast-tracked for a second printing in order to keep up with growing customer demand.

In Thumbs #2, Charley “Thumbs” is out of his coma and back in the world. Trapped by the Power, he sees the junkies who’ve taken technology underground, the revolutionaries who deliver devices to the people, and the government that’s banned it all. 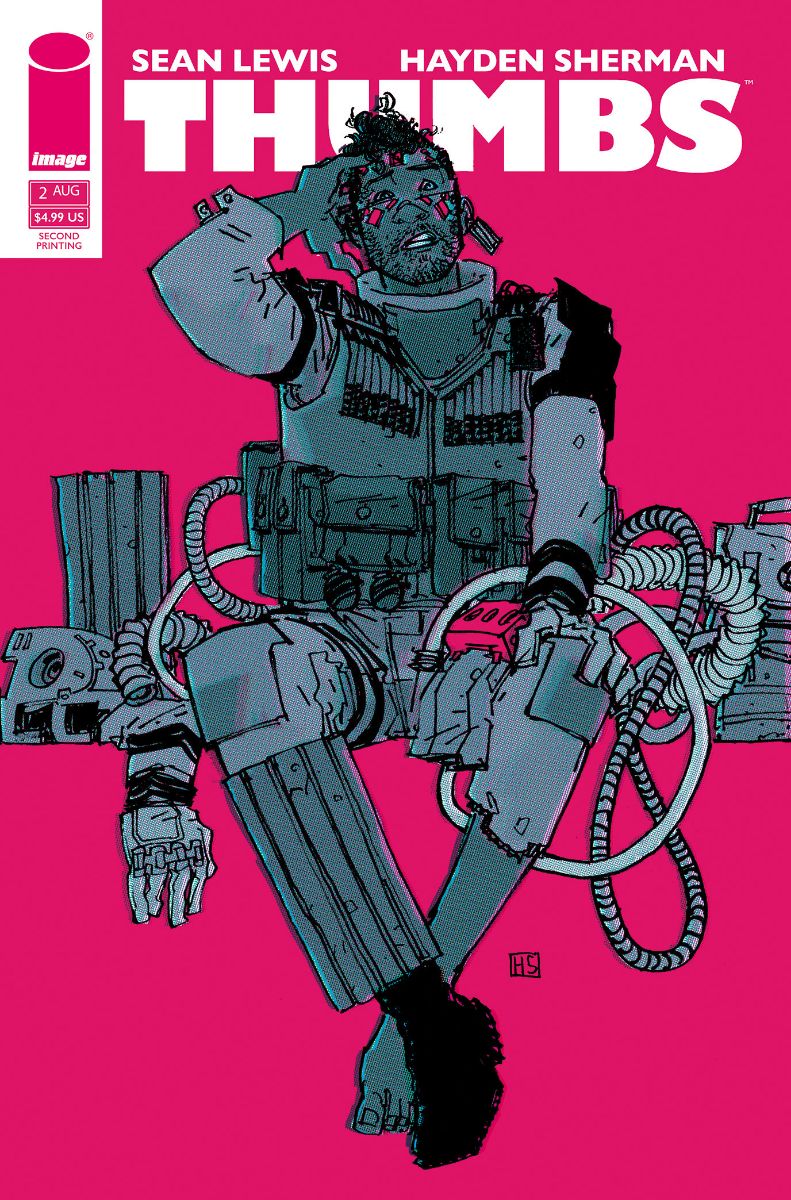 Set in a reality where a tech mogul has created his own army of tech-addicted teens and directed them to take on the government, Thumbs readers are introduced to a high-stakes story where Charley “Thumbs” Fellows is a member of just such an army. Poor and raised by the influential MOM™ app, he soon finds himself in the center of a war.

Thumbs #2, second printing (Diamond Code MAY198886) will be available on Wednesday, August 7. The final order cutoff deadline for comics retailers is Monday, July 15.