This weeks throwback, we rewind the clock 30 years to 1989. Whether you were around during that time or not born yet, it’s a team you no doubt have heard of or even know about.

. Created by John Bryne who was both writer and artist for this issue and team. 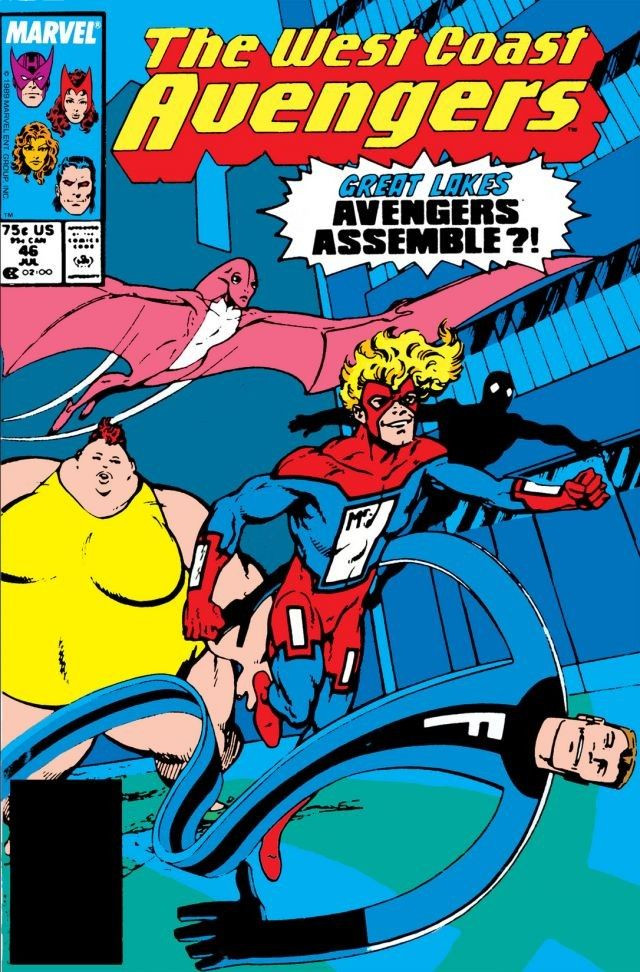 Mr. Immortal was the leader of this Midwest team based out of Milwaukee, WI.

both join the team in this issue as well.

Barbara Morse as she is now once again known as and still goes by the name superhero name Mockingbird is Barton’s ex-wife. Before she was Mockingbird, she was the Huntress who made that first appearance in Marvel Super Action #1

as the Huntress. Her first appearance as herself goes back to Astonishing Tales #6

where she was unamed at the time. She was first named as Dr. Barbara Morse 6 issues later in Astonishing Tales #12

The Great Lakes Avengers always come off as that goofy team no one ever seems to take seriously since they were created and formed. Even their latest self titled series draws in lower number of readers.

It’s no wonder they’re not taken seriously when Barton is quoted:

“I’m startin’ to think maybe this Midwest team isn’t such a bad idea. Your powers are kinda funky, and your code names stink…But with the proper management…my management…This could be a heckuva team!” -Hawkeye

West Coast Avengers #46 is still a key book for first appearances and seriously in budget range for most. Though not super popular, I don’t see them going away anytime soon. Not a bad pickup when you go back bin diving and searching.