It’s that time again, where I tell you what’s really grinding my gears for the week of July 17th, 2019.

getting optioned was great news, not only because BKV puts out great stuff that should turn into more shows or movies but because it cleared out a lot of space in a short box.

Gave two copies away with a CHU flash giveaway but I’m now selling the rest. Since I started listing last night copies, I sold 4 within an hour. Listed more and sold 2 more this morning. I’m so happy my initial investment is now paying off as this was one of those doubtful books that a lot of speculators loaded up on since it was BKV.

Here’s my shameless plug as well (hey, I give away way too many free books, so I think I’m entitled to a little self promoting right?). I do have a 4 x Signatures from Midtown with COA

up for sale currently. It’s a really nice copy, NM type condition. Stored in a Mylar with Double Backer board since it arrived in my possession years ago.

Any CHU members or readers interested, I’ll cut you a deal with free shipping or entertain best offers if you mention CHU. I think mine is one of the lowest price listing already. Just message me on eBay.

ADVANCE SOLICIT From BRIAN K. VAUGHAN, New York Times bestselling writer of SAGA, and CLIFF CHIANG, legendary artist of Wonder Woman, this gorgeous oversized deluxe hardcover is the perfect way to experience the first two storylines of the smash-hit series that The Chicago Tribune named one of the ‘Best Books of the Year.’ In the early hours after Halloween of 1988, four 12-year-old newspaper delivery girls uncover the most important story of all time. Suburban drama and otherworldly mysteries collide in this critically acclaimed story about nostalgia, first jobs, and the last days of childhood. Collects PAPER GIRLS #1-10, along with exclusive extras and a brand-new cover from CLIFF CHIANG! 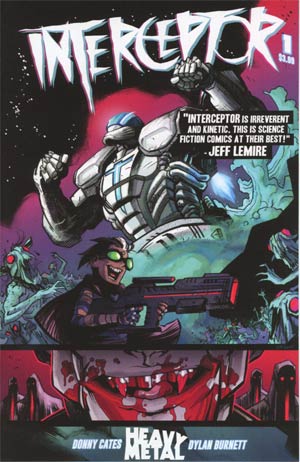 Does anyone know why Interceptor

by Donny Cates goes for so much money with every issue? I was digging around some long boxes and found a few, was curious if they were going for anything and it seems issue one is commanding up to $30 or so on a good day. Issue #2 is selling upwards of $20 on it’s own.

Perhaps it heated up with renewed demand after the FCBD Edition

This was a Heavy Metal book originally and then Vault picked it up with the new name Reactor. We haven’t seen much action from this in a while, probably cause Marvel is working Cates overtime.

I’m not complaining though. It actually was a fun read. I think I only made it to issue #3 and I didn’t bother with the Reactor series. I might have picked up issue #1 but never read it.

Poli has a mech suit and a mission. Weep has machine guns and a temper. Together they lead a band of freedom fighters on a planet populated exclusively by blood-sucking vampires. A planet called Earth. Donny Cates (Venom, God Country) and Dylan Burnett (Cosmic Ghost Rider, X-Force) bring you neon-drenched, blood-soaked, all-out vampire warfare. #DeathBeforeUndead

Anyone notice the new upcoming Immortalized Variants from July Previews? Marvel, I don’t think we demanded this.

Not sure what I’m talking about? Remember Immortal Hulk #16 Incentive variant? Where it’s Bruce and Immortal Hulk being split apart from the head? The one that got the awesome 2nd print for a ratio variant? Yeah, that one.

Well, it seems they’re spreading this one out to other titles. Let’s take a look at some of coming our way..   As I think there might be more but I’ll show the ones that have had their covers released thus far. 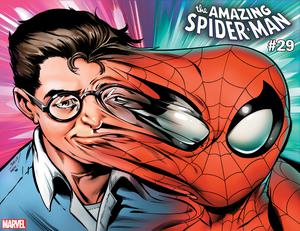 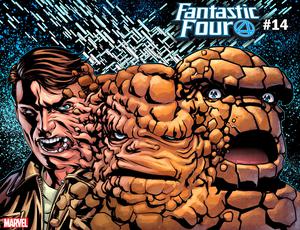 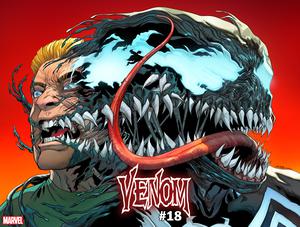 I suppose for those who do enjoy these, at least they’re not 1:25 variants that will cost you $50 or more, as they’re all cover price from what I can tell.

That’s all I got this week. What’s grinding your gears? Tell us here, tell us in the forums.