The new book out from Image is getting a second printing ahead of it’s initial release.

We had a advanced sneak peek preview a few weeks back for this one. 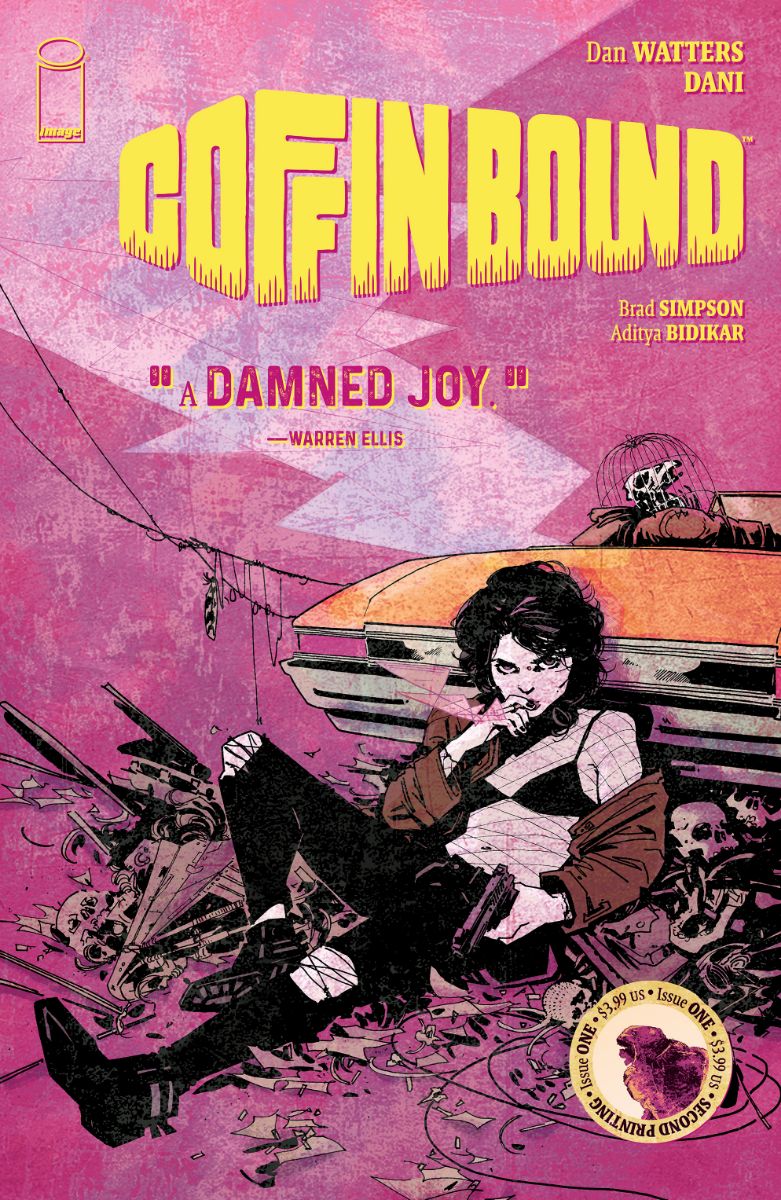 The highly anticipated new series Coffin Bound #1 by Dan Watters (Sandman Universe: Lucifer) and artist Dani (2000AD, Girl with No Name) with colorist Brad Simpson (JESUSFREAK, MCMLXXV), letterer Aditya Bidikar, and designer Emma Price, is being rushed back to print ahead of this week’s release.

The upcoming issue is scheduled to hit shelves this Wednesday, August 7 and—due to increasing demand—will ship sold-out at the distributor level.

Cars! Guns! Entropy! Coffin Bound follows Izzy Tyburn, who is chased by an unstoppable killer and has decided that if the world won’t have her in it, it can have nothing of her at all. She’s re-treading her life, leaving nothing but burned rubber, ash, and the sun-scorched bones of those who get in her way.