Not sure why or how but yes, we are getting another printing.

Image Comics is pleased to announce that the highly-anticipated, milestone issue—SPAWN #300 by Todd McFarlane, President at Image Comics and creator of SPAWN—has sold out at the distributor level. It is being fast-tracked for a second printing in order to keep up with overwhelming customer demand. 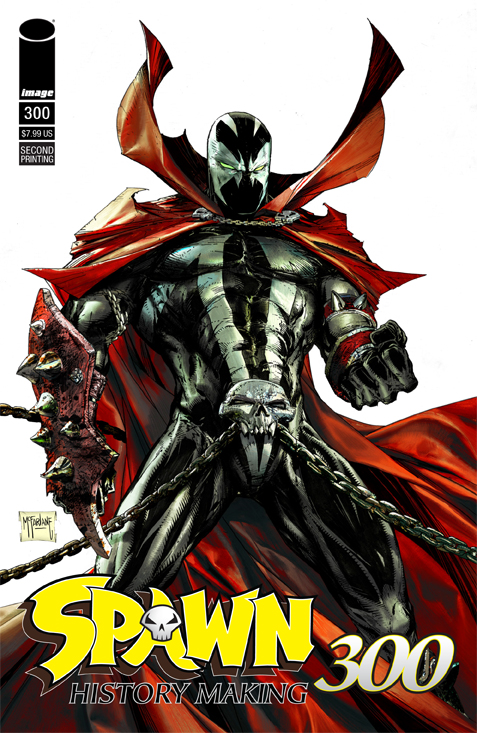 Momentum and frenzied buzz surrounding the classic antihero series continues to build leading into the record-breaking SPAWN #301—also scheduled to hit stores on Wednesday, October 2—when SPAWN becomes the longest running creator-owned comic in the world.