It must of been my blurred out sneak peek preview right? 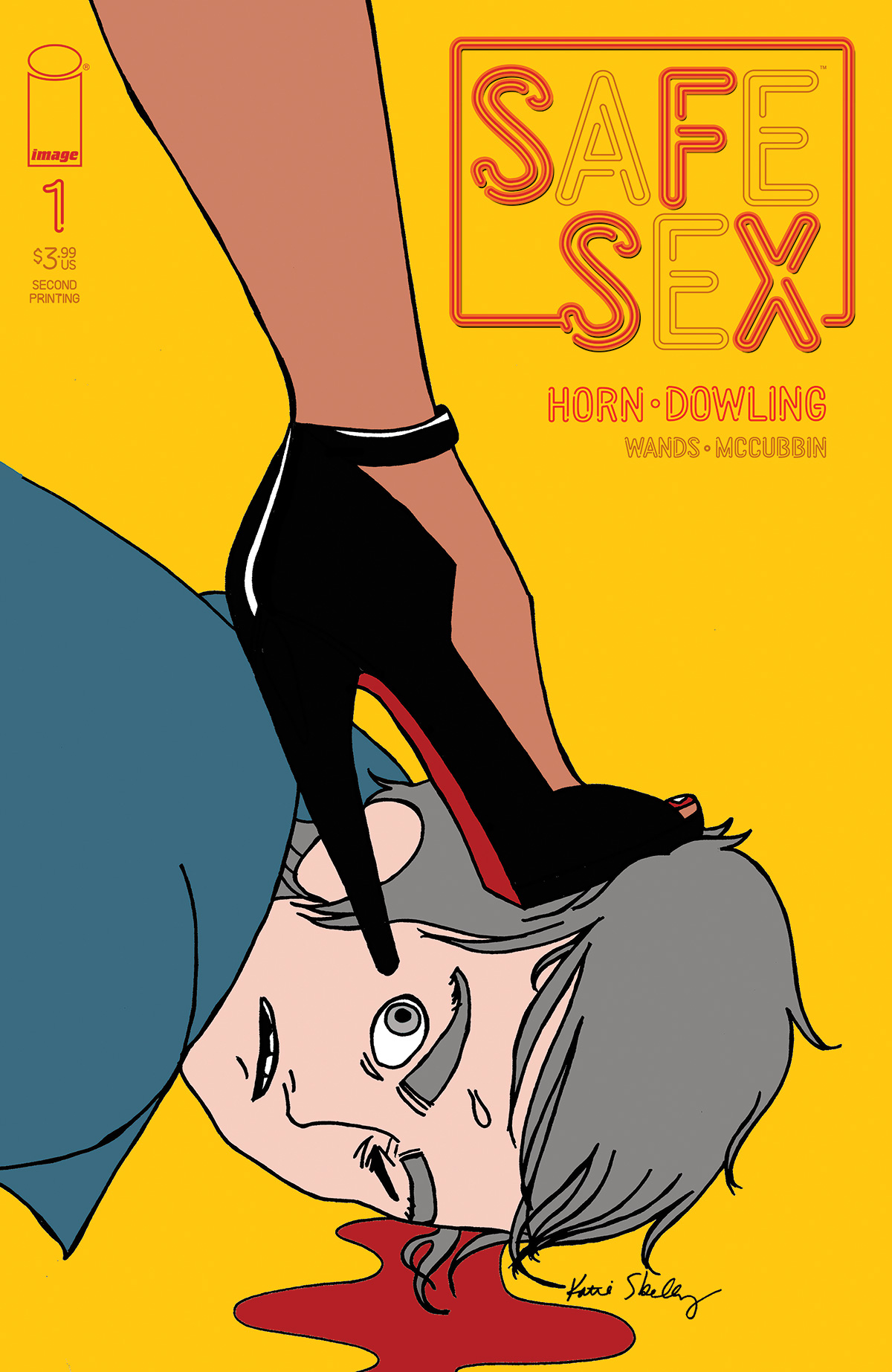 SfSx is ramping up to be one of the most talked about series of the year with this second printing already underway, a launch party at Bluestockings Bookstore, Cafe & Activist Center, and appearances at New York Comic Con next month including signings, panels, and offsite events booked.

Horn said of the early accolades for SfSx: “The sex rebel themes of this book are extremely personal to me, so I’m deeply moved that comic book readers are already responding to the title with so much enthusiasm! This may be my first foray into the medium as a creator, but I’m a life-long lover of comics, science fiction, horror, romance, and action-adventure. I truly can’t wait to connect with this community of fans.”

Set in a draconian America where sexuality is bureaucratized and policed, SfSx follows a group of queer sex workers keeping the magic alive in an underground club called the Dirty Mind. Using their unique bondage skills, they resolve to infiltrate the mysterious government Pleasure Center, free their friends, and fight the power.

“I hope that everyone who went to see Hustlers this week and feels hungry for more stories of sex workers kicking ass will put SfSx on their pull list at their local comic book store!” added Horn.

The much buzzed-about new series was first announced under the former DC Vertigo line and makes its new home with Bitch Planet and Saga publisher Image Comics.