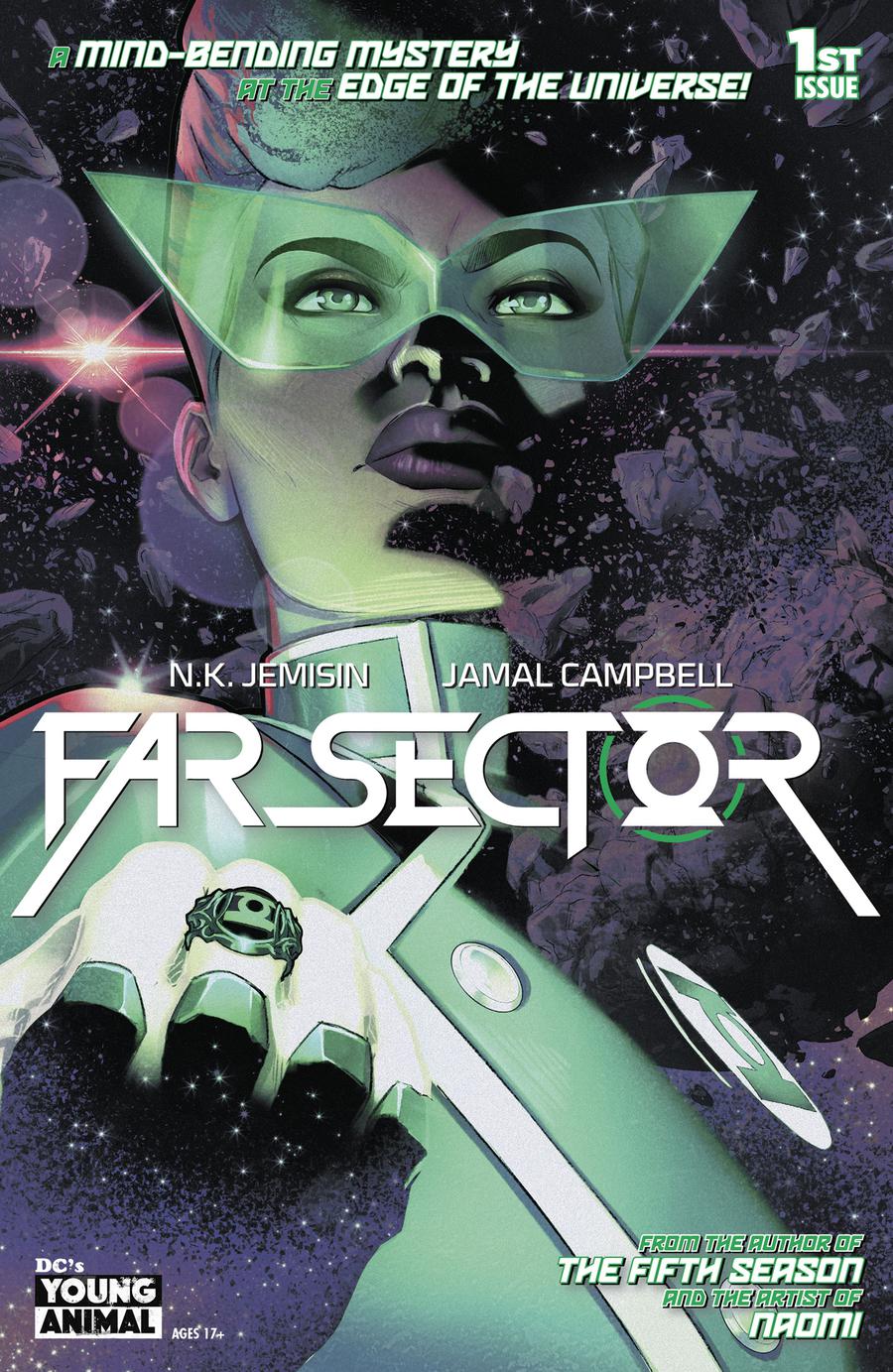 Far Sector #1 from DC  is my DC pick this week.

I’m not a huge Green Lantern fan but this one has got my interest as it could be a great read. I also enjoy Jama Campbell’s art.

N.K. Jemisin, the acclaimed, award-winning author of The Broken Earth and Inheritance science fiction trilogies, makes her comic book debut with bestselling Naomi artist Jamal Campbell as they thrust you into a stunning sci-fi murder mystery on the other side of the universe!

For the past six months, newly chosen Green Lantern Sojourner “Jo” Mullein has been protecting the City Enduring, a massive metropolis of 20 billion people. The city has maintained peace for over 500 years by stripping its citizens of their ability to feel. As a result, violent crime is virtually unheard of, and murder is nonexistent.

But that’s all about to change in this new maxiseries that gives a DC Young Animal spin to the legacy of the Green Lanterns!

The other mention goes to Dollhouse Family #1 (of 6) which feels like another great potential read. I dig the covers as well, since they’re actually created as props to snap the picture to create the cover. 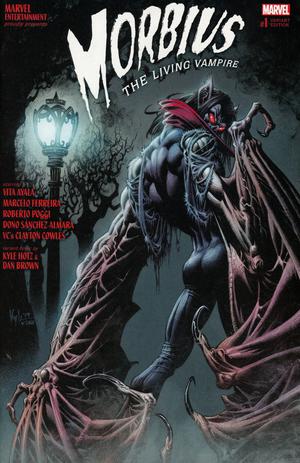 Not a whole lot going on in Marvel La La Land this week but I think there’s some potential with Morbius #1, particularly since they’re likely gearing up for he new movie and if you’ve seen the spoilers for this one, there’s a new character that might have potential.

I can’t ever decide if Morbius is a good guy or a bad guy, so this new character (could be an existing character but is still unidentified) that’s out to get him could be a good guy depending on how one views Morbius.

The Hotz variant is pretty kick ass as well. Anthony thinks there’s too much emphasis on the buttocks but man, that’s what makes it “stand out” right?

Great new book out from Jeff Lemire. I’ve read the first issue and I’m excited for this new series.

SERIES PREMIERE! When an eight-year-old girl literally begins to transform into a tree, her single mom, troubled brother, and possibly insane grandfather embark on a bizarre and heart-wrenching odyssey across the back roads of America in a desperate search for a way to cure her horrifying transformation before it’s too late. But the farther they get from home, the more forces threaten to tear the family apart as fanatical cults, mercenaries, and tabloid Paparazzi close in, determined to destroy the girl-or use her for their own ends.

I almost skipped over this one but after reading the solicitation, if the writing is good, could be a great book to pick up.

A young fur trapper flees her overbearing family only to get lost in a dreamlike winter wilderness that harbours a cosmic threat.

The year is 1887 and a storm brews. Eulalie Dubois has spent her entire life tending to her family’s trapline, isolated from the world. A chance at freedom comes in the form of a parcel that needs delivering to a nameless town north of the wilderness. Little does Eulalie know, something sinister hides in those woods and it yearns for what she carries.

Folklords #1 is a great read. Pick it up for the story. If it heats up, even better. TFAW appears to already be sold out and only has the 3rd print listed as a pre-order.

The last indie pick goes to this new Uncivilized book and for any Jack Kirby fan out there.

The first battle: his cancer diagnosis serves as a springboard for the other battle: one of his most harrowing experiences during World War II. ‘The Real Thing,’ an accompanying essay by elaborates on those issues in relation to Kirby’s biography.

For Real is a celebration and a nuanced look at one of America’s greatest cartoonists! A must for Kirby Fans!

Do not pay secondary market prices for the 1:10 Marvel Action Spider-Man #11 that hits shops this week. Even Midtown bumped up their normal 1:10 price to $35 before their 15% discount.. which still puts this at $29.99. Yes, a few pre-sales hit the $60 mark but man, talk about FOMO. I like Jonboy Meyers cover art but I’m not paying a premium for it. Buy low, sell high.