Brian K. Vaughn’s Wildstorm comic book series Ex Machina has been optioned for a movie according to The Hollywood Reporter

The characters and concepts first appeared in Ex Machina #1. 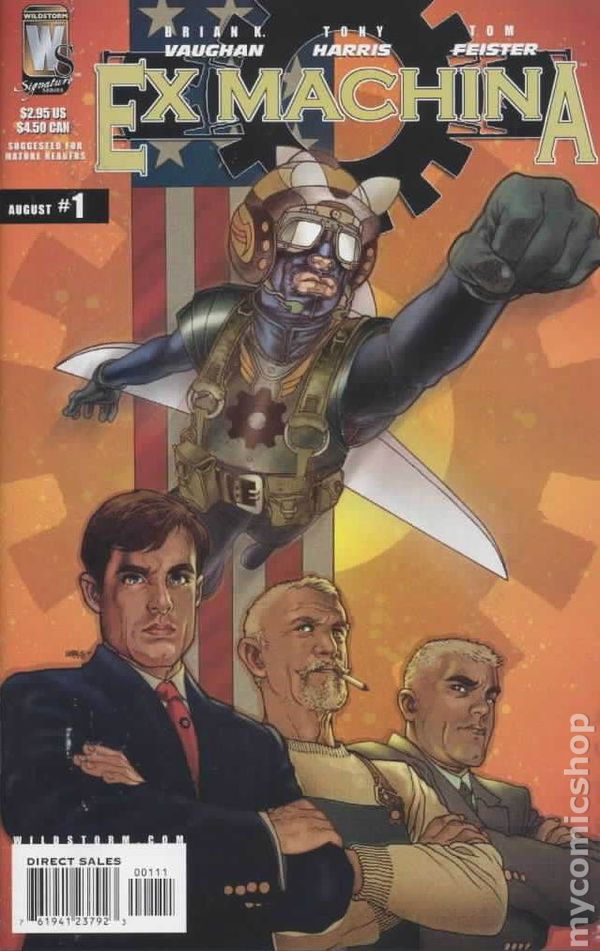 Anna Waterhouse and Joe Shrapnel, who wrote the recent Kristen Stewart-starring drama Seberg, have been tapped to pen the adaptation being developed by Legendary Entertainment, which will be titled The Great Machine. Vaughan will be a producer on the project.

The company has acquired the rights to Machina, with the deal falling under its three-year overall film and television pact with Vaughan, the prolific creator behind Y: The Last Man, Saga and Paper Girl. A year into that pact, Machina is getting movement.

The comic, which Vaughan made with artist Tony Harris, debuted in 2004, running for 50 issues under DC Comics imprint Wildstorm. It centered on Mitchell Hundred, a former superhero who becomes the mayor of New York City after 9/11. Hundred had the power to talk to mechanical devices but the comic was concerned less about superheroics than issues of government and political leadership.

The plot for the feature will revolve around Hundred dealing with a threatened political career when the source of his powers returns to claim its debt.

The Eisner Award-winning comic was previously getting the feature treatment via New Line, which developed it from 2005 to 2012, when the rights reverted back to Vaughan and Harris. While at New Line, the project was overseen by Cale Boyter. It remained forever one of his favorites, never letting it get too far out of sight even as he joined Legendary in 2016 and later was instrumental in the Vaughan deal.