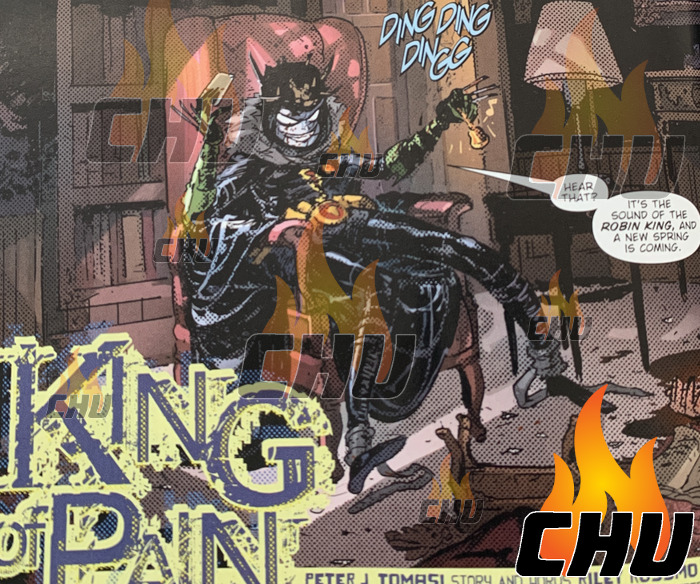 There you have it. The origin of Robin King. This will make for an interesting take in Death Metal #3. Is that Robin being offered the job going to be a new Robin King. Does this Bruce Wayne of the Multiverse show up as Robin King.. either way, looks like despite what ends up as the first appearance, this one will likely be the winner overall based on demand and likely value.

But don’t count out Death Metal #2. I’m really liking the Darkest Knight transformation of Batman Who Laughs. Seems like he could be around or be the bigger villain for the long haul out of all of this.

If you haven’t secured your copies of Legends #1 yet, better do so before these potentially take off.

Edit: After talking with Comp82 (thanks for the refresher mind check) on the forums, seems that what we could be seeing now is in Death Metal #2 where BWL asks Robin to tell him his story, this could be Bruce that tells him what he’s done (the story from Legends that we just spoiled), so that’s why he now asks if he would be his Robin King.

So if that’s how it plays out going into Death Metal #3, then yes, Death Metal #2 is definitely a first appearance of Robin King since he refers to himself as such after killing Alfred, sitting in his study in the origin story, making that particular Robin in Death Metal the same character. So yes, he’s not in his Robin King attire but he likely is in fact Robin King and the same one from Legends.