Only because Tom King does wonders on mini-series over his ongoing endeavors.

I just really like the look of this cover as well. DC pick this week goes to Rorschach #1. Captain Marvel #22 is introducing some new characters in this issue. Might not be a bad pickup. It’s hard to determine how these will fair but ya never know right? Darth Vader #6 introduces a new character, the Assassin of the Sith. Full page first appearance. Call it a cameo if you want, still full page and named. So if you’re a Star Wars fan and first appearance junkie, don’t pass this one up. Already sold out at TFAW, Midtown has some listed still. I’m sure others have it available online. Seems the regular cover cheap copies are starting to get swooped up on eBay. HotShotComics has a pretty good deal on GCG 9.8 graded issues for only $39.99.

Should have spoilers up soon this early evening. And as already mentioned in my FOC picks, we’ve shared the main spoiler for this one in our Lounge on our forums already, several days ago in fact. If you’re not on the forums yet, you might want to sign up. Eventually all the comments will convert to be integrated with our forums as a one stop location for comic discussions and where all the cool kids hang out (free of charge, no pay wall like some other groups out there). The last Marvel pick for me this week goes to Avengers #37. Great Scalera cover and I’m bias to Moon Knight. So these were just must pick ups. Commanders in Crisis #1 is the new big Image title out this week. It’s a slow build up read but the ending got me wanting to read the next issue. So it has that going for it. Lots of covers though, some sold out already, some still available. But here’s the list again: Concrete Jungle #1 is a new title out from Scout Comics.

Some are already trying to list these around the $20 price mark. You can still find these at 1 per at Midtown and likely other online shops. So it’s a book to watch while the small publisher sees a small week, seems to be a lot of indie potentials out there. Could be that flippers are desperate in trying to con people into buying books at inflated prices before actual demand kicks in..

I just hope the story and art inside is better than this awful looking cover.. Devils Red Bride #1 is a new Vault book from the writer of Shirtless Bear Fighter (which is still hands down a great entertaining read).

For you Samurai story junkies, this one might be for you. The Vain #1 is a new Oni book (it’s been awhile since they released a new series it seems).

It’s YAVS (Yet Another Vampire Story) but if done right, could be a decent read and pickup for the down the road potential that all vampire stories seem to cater to getting a television option or media deal. Vampires never seem to get old, they’re like ER and Hospital dramas..  never seem to have enough of those right? 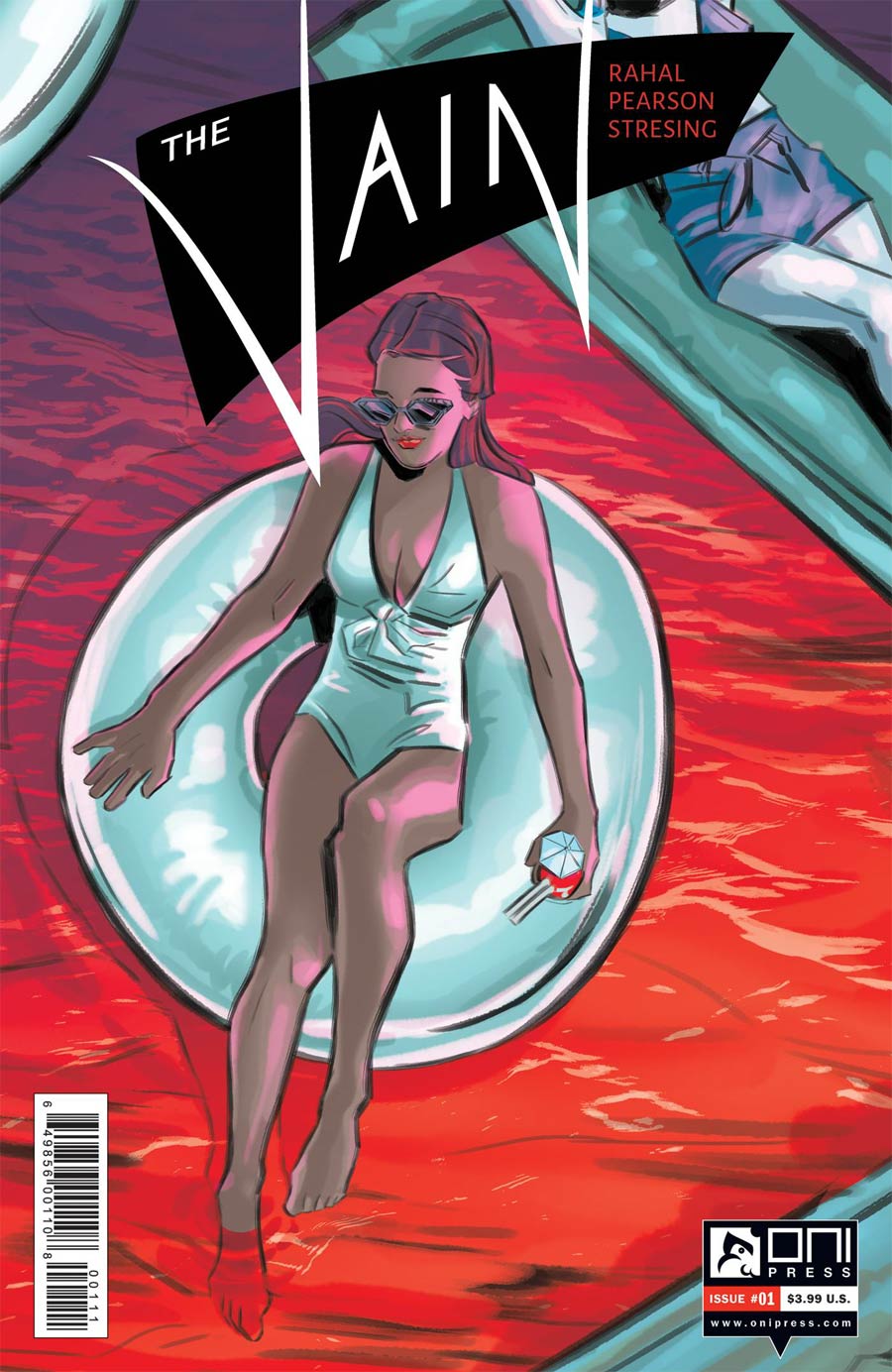 I think the indie winner this week will ultimately land with Aftershock’s We Live #1. It’s got a great ratio cover too by Dustin N (already seeing some great numbers for pre-sales). I’ve been anticipating this book. 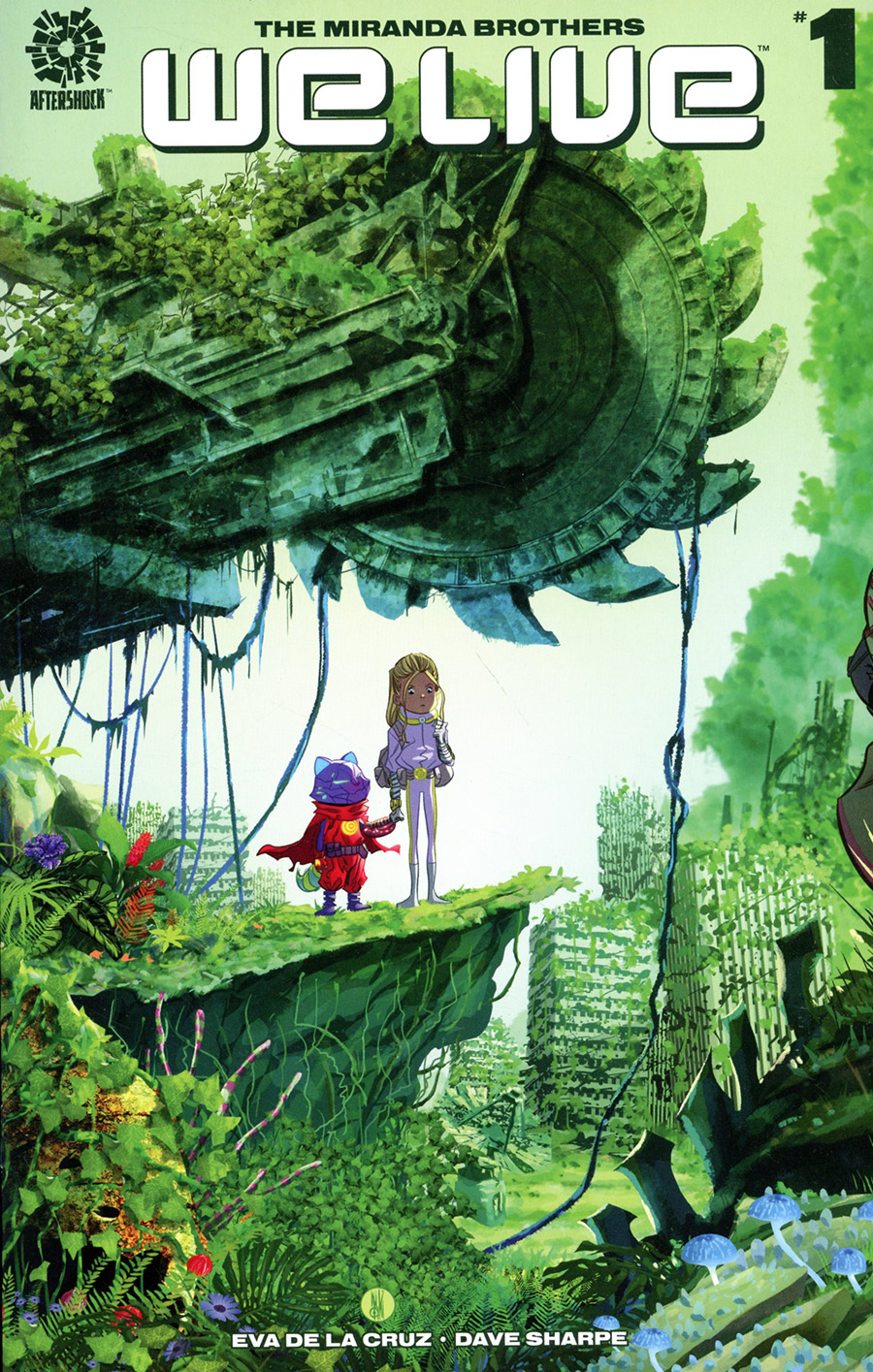 Batman Three Jokers #1 2nd Printing ratio variant. Save your money. You’ll likely find this for dirt cheap on the secondary market sooner rather than later for you all that do chase it. Don’t spend your money on the retailer ratio prices that might be seen for this one.

But if you really do feel like wasting $20 or so on something, send that $20 to me and I’ll send you something just as crappy out of my collection that’s still likely worth more than this BW garbage of an incentive ratio cover.