CHU was at Phoenix Fan Fusion 2022 over the Memorial Day weekend. Finally! After 3 years!  My first returning big con since the pandemic, and overall I would say it was a rebuilding year for this Southwest con.   The guest list was subdued compared to previous events which drew almost sellout crowds.  Not that I’m complaining. I’m happy to see an event of this size finally happen as the last one was in 2019. 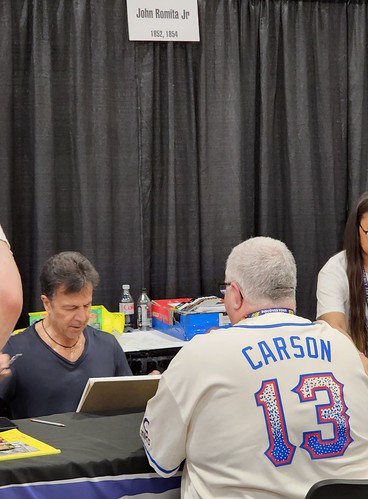 There were some Celebs to get the normies attention: Chuck Norris, Felicia Day, Diane Guerrero, and Harvey Guillen. The most robust section was probably the voice actors including the legendary Jim Cummings.  The comics creators and artists list, while paired down, was still strong: Jim Starlin, Bob Mcleod, John Romita Jr, and Joe Rubenstein to name a few. 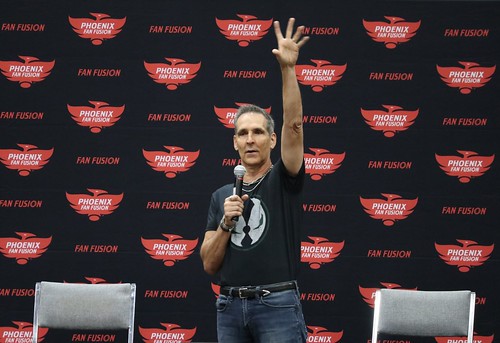 Did a Phoenix show even happen if the Toddfather wasn’t there? Todd McFarlane came for a panel since he lives nearby, I recommend you never miss one of his panels.  He loves giving advice and has a wealth of industry knowledge. He covered how busy he has been over the last few years including record breaking Kickstarters, comics, and toy lines.  Probably due to our nerd spending budgets shifting from traveling and going out to collectibles.  A few highlights he mentioned that I didn’t know:

So I guess he’s doing well!  He went into the Spawn movie and stated emphatically that it’s moving at its fastest pace in the last 4 years.  The movie studios know that Superhero movies are making the most money and Marvel and DC are off the table so they are hungry for other properties.  So confident he promised us all a free LE comic if he doesn’t make a large announcement at SDCC.  He also plans to do his first post-covid signing at SDCC.

Speaking of that, Spawn is blowing up!  Every Spawn book I saw was going for top dollar. Really everything is going for top dollar, the mystery box booth was starting to run out of boxes by Sunday. Feels like the character is having another golden age by expanding its line to multiple books. I don’t recall seeing any Spawn under #100 for less than $20. 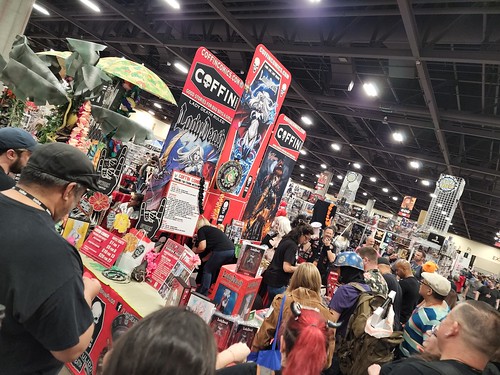 Coffin Comics created “Coffin Island” for the event, and as usual, they go hard for the hometown show.  Coffin brought a killer lineup of show exclusives and had a packed schedule of festivities at their booth.  Brian Pulido is a madman and he knows how to create hoopla to get eyes on his booth.  I love walking by multiple times a day to see the crowds and hear the metal blaring.  Seeing people making friends and having fun is what the Con scene is all about. The Coffin Island theme was brilliant for photo ops: 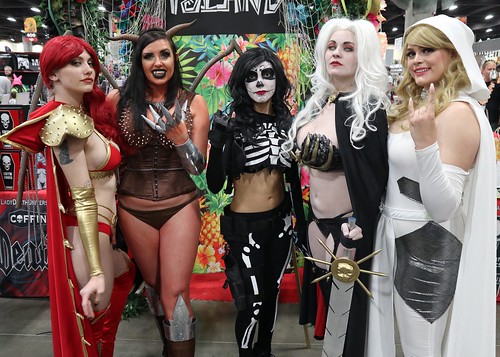 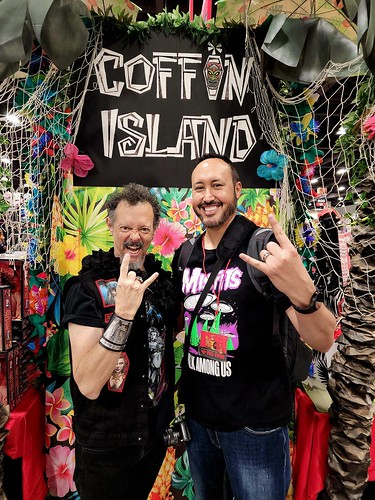 He gave away some serious prizes at their daily raffle where I somehow got lucky enough to win twice!  On the final day Coffin raffled off one of their Majestic statues which is stunning in person, and I think is quite a value given its size and attention to detail.  I’ve really enjoyed watching this company go to the moon over the last decade. Well deserved with all the great people at Coffin.  Have a look at their latest Kickstarter for one of my favorite characters – La Muerta. 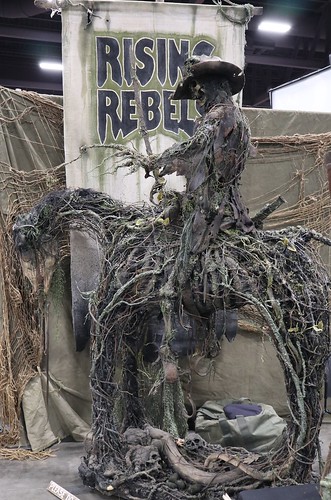 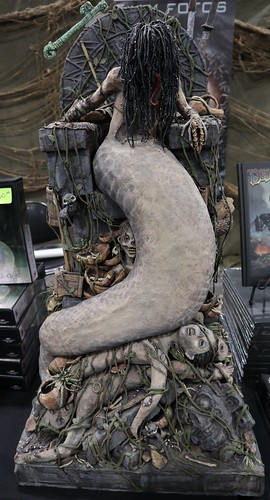 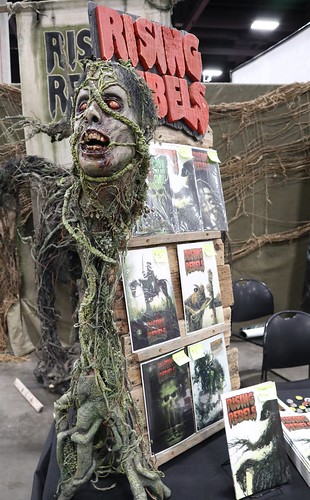 Jay Fotos sure knows how to make a presence too.  The statues at this booth are incredible, Hollywood quality.  Everyone stops for this photo op.  Check out the crazy new worm-like monster statue made for his new book Gorgon. 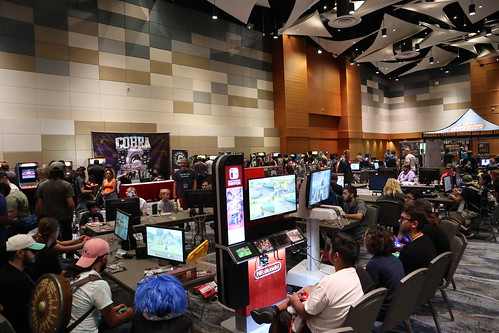 Still love the gaming room hosted by Game On Expo.  For free you can come by anytime to play some arcade games or tabletop RPGs.  Plus daily sign ups for video games tournaments.  Great place to relax for a while and meet some new people.  Stays open late.  I hope this feature never goes away from PFF and look forward to Game On Expo’s own convention. 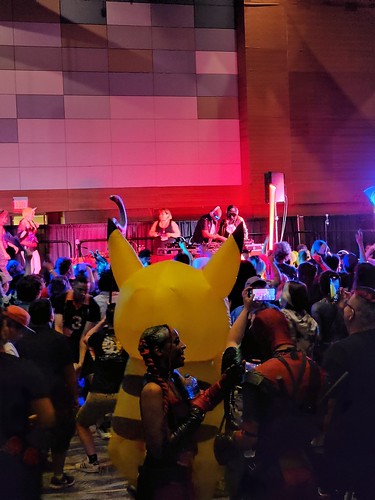 Ran into a fun dance party going on in one of the halls as well.  I will always give Phoenix Fan Fusion credit for creating a wide variety of things to do.  The panel schedule is very robust with many genres including STEM topics, trivia, standup comedy, speed dating.  I could go on and on.

One up and coming artist I was happy to see was Marissa Pope. Picked up some original art from her that I would love to post but it’s for an upcoming cover so don’t want to spoil it, but check out her art.  You will be seeing more of her work on variant covers for sure!

I suppose there will never be another “first large scale con after the pandemic” experience.  If you like attending and feel safe doing so, the crowds are probably only going to ramp up so I wouldn’t miss your next local con.  Next up is the BIG DOG – San Diego Comic Con!