This is Part II of what’s to come, hopefully. Last time I covered a few of the comic books that are pretty certain that will make it to our screens as they’ve gone beyond just the option and script being written with pilots ordered, already made and actual episodes that have been filmed. 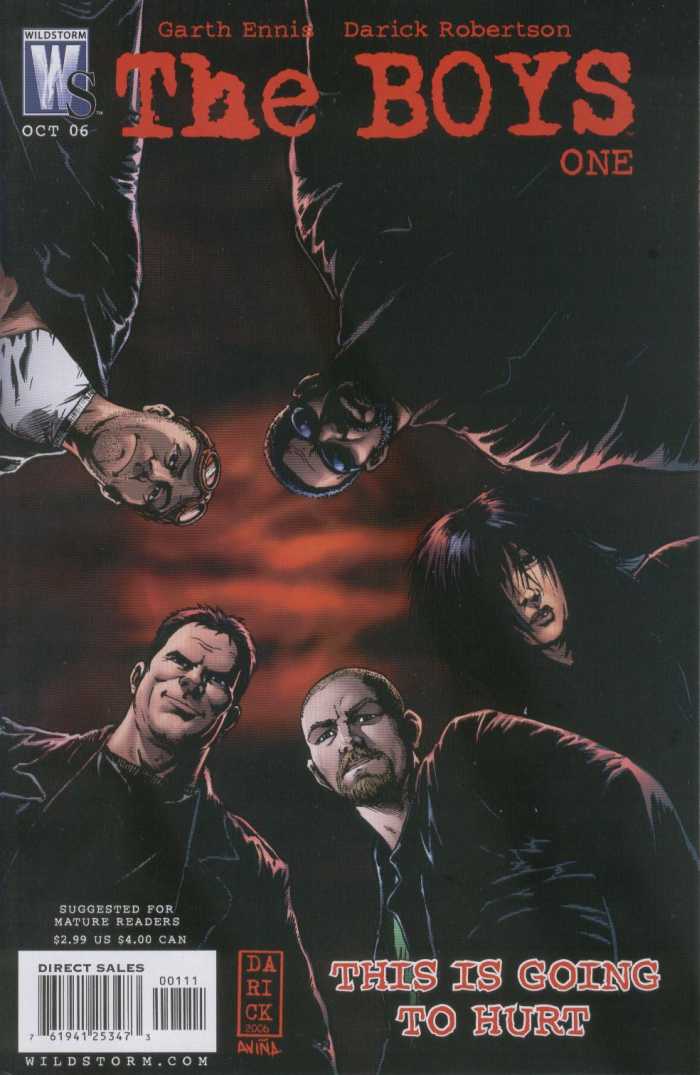 as a certain comic turned show so that’s up first as an honorable mention.
The Boys is a book by Garth Ennis (Preacher

The promo poster even had the actors pose just like for the cover of issue #1.
This series started out at Wildstorm but then finished under Dynamite. Based on the notion that superheroes exist but are corrupt due to their celebrity type status as heroes, which puts the world at risk. Enter the superhero force created by the CIA known as “The Boys” to keep taps on the heroes in the community.
I guess we can say it’s the IA for the Police, someones gotta keep those with powers in check.
Issue #1

is still reasonable for raw and graded books. Raw books are going anywhere between $30 and $50 and a recent 9.8 went for around $100. Not a bad gamble if the show takes off once released on Amazon Prime. Might not see Walking Dead or Preacher type prices since this is not on prime time or cable but Amazon’s Prime for Prime Subscribers.

and writer Jonathan Maberry supposedly started filming in June of 2018 after it was ordered for a straight to series in April of 2018 (source Wikipedia). This one even has a Netflix page detailing it should be available in 2019.
This book initially caught some heat originally before an option occurred. This one also had a really hard to find 1:100 Human Variant and 1:200 Vampire Variant along with a 2nd print Metallic cover that saw some heat as well.
After a mysterious disease begins transforming people into vampires, Dr. Luther Swann is pitted against his best friend, now a powerful vampire leader.
Since the original heat a few years back has since cooled off, we saw another slight bump back in April of 2018 but not a whole lot of action now. If you want to gamble, now’s the time to buy. You can find the regular Cover A for around $10 or so with the 1:100 Human Variant selling for as little as $30. No recent Vampire 1:200 variants as of lately but I did well selling one of these for over $100 when they originally caught on fire. Raising Dion on Netflix
I bet you all forgot about this book. Originally a self published book from IndyPlanet and I do believe CHU was one of the firsts to bring this series forward to the masses, it still doesn’t stop me from mentioning it here since it’s slated to debut on Netflix in 2019.
Raising Dion

was originally mentioned way back in 2015 where we linked to the original trailer along with links to the free digital download of the first issue along with a way to order floppy copies.
Then CHU was one of the firsts to mention the Netflix order of 10 episodes about a year ago.
Not your normal comic, the floppies are still available now on eBay

with plenty of recent sales from $15 and up. There are a few graded copies (even they claim No Publisher, No Date) for sale as well currently.
If the show happens and there’s a renewed interest in the comic, I can see a publisher picking this one up to continue the series in comic book form. We see this occur all the time. Self pulished to publishers, a few come to mind like Rags, Solar Flare and Stabbity Bunny.
If you can’t recall, the premise of this show and comic goes as “A single mom must hide her young son’s superpowers to protect him from exploitation while investigating their origins and her husband’s death.”
You can watch the original trailer here:

Not sure how this one will play out though. It seems you can still get floppy copies from IndyPlanet’s website. Seems like it’s a print to order type of setup so I can’t imagine these are first prints, second prints, etc. But it’s still worth pointing out as there will be those buying on the secondary market no matter. 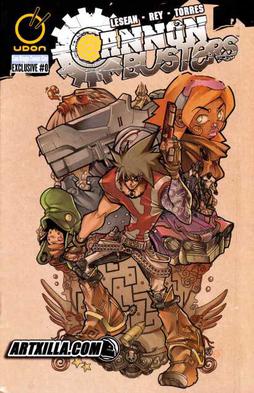 is slated as a Netflix 12 episode animated show for 2019.
This is one of those little known books, it was already hard to find being a Udon/Devils Due published book and originally published back in 2004/2005.
Recent sales put this one in the $20 range and a bunch are listed for a premium but still reasonable price if you ask me.
Unless the animation takes off and has a fan base, I can’t see this one climbing too much but that’s the speculation game right. Perhaps renewed interest if the show hits the Netflix waves could see a reboot of the comic book to help push this into the next level of demand.
Still might not be a bad pick up if you can find them in the back issue bins for cheap. 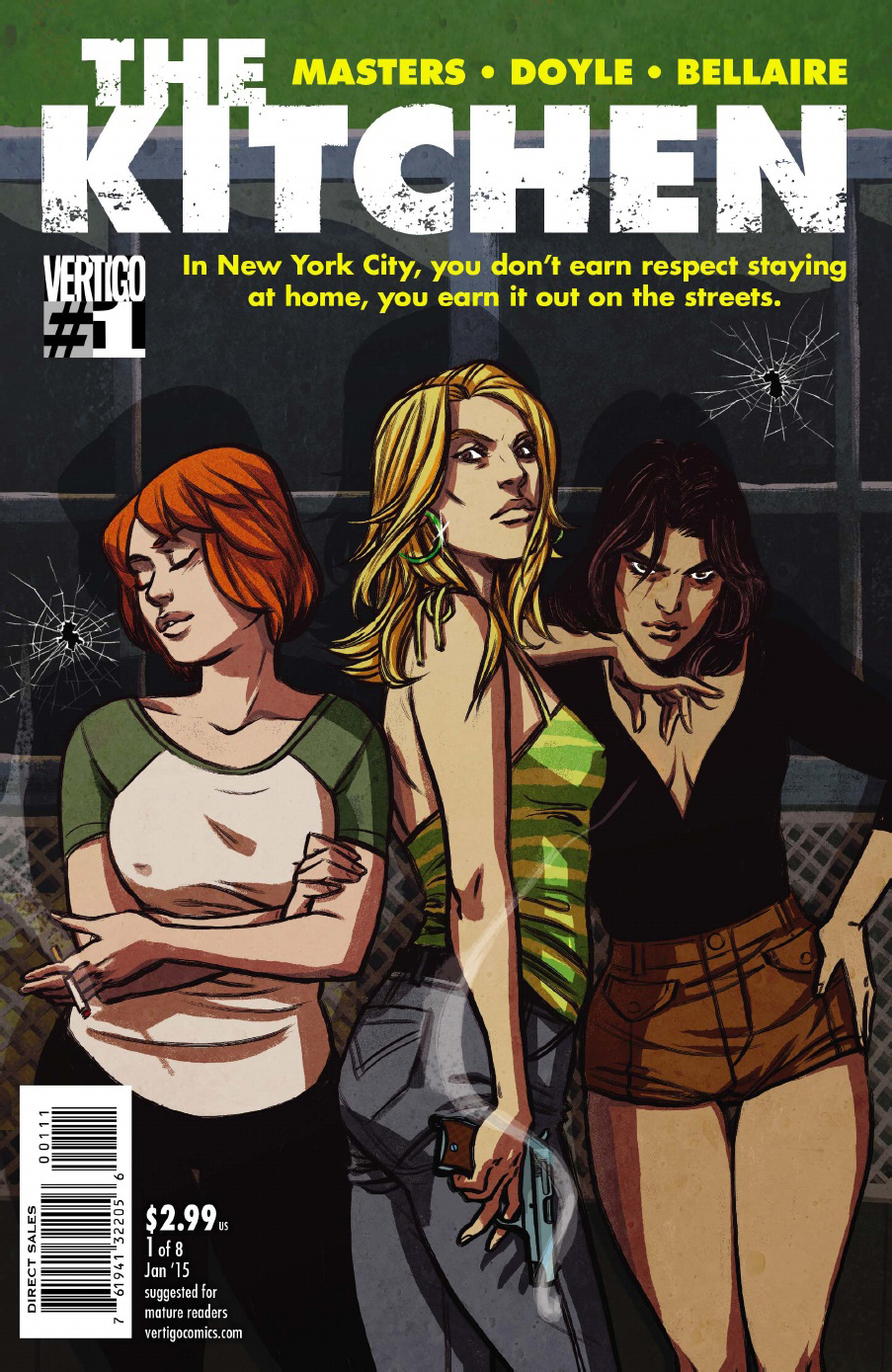 The Kitchen from Vertigo Comics – New Line Cinema
The Kitchen

is supposedly in the works by New Line Cinema where the last casting news I read was that Melissa McCarthy was joining the cast.
You can still find these dirt cheap. So might not be a bad idea to seek these out as a cheap gamble if and when the movie or show hits our screens.
This 8 issue mini-series put women in power. After their Irish Mob husbands are incarcerated, the wives take over the business.
I never read it but seems interesting enough. I’m not sure how I feel about Melissa McCarthy or what her role is in the film as I’d see this more of a serious role rather than a funny fat girl role (no pun on funny fat people, just can’t see this one needing an actress known more for funny than seriousness).
This still has no release date to my knowledge so it’s definitely in that “if it’s gonna happen” category. If someone knows if there has been news of a release date, please let me know. The only thing I found is the principle photography was starting back in May of 2018.

That’s it until the 3rd segment of this article where we visit the books that have had options but haven’t gone as far as have any schedule release dates, no pilots or photography, etc. Hope you all are enjoying these. I know some are just a blast from the past but it’s a good way to stay on top of the potential books that could heat up once the shows start airing.