This is a series I’m anticipating. I have an advance review copy too that I’m hoping to read but I need to finish the last few issues of Descender

before I dive into the next series for this continuing story.

From the powerhouse creative team behind the bestselling, award-winning Descender

) and artist Dustin Nguyen (Batman: Little Gotham)—comes an all new, ongoing fantasy series set in the same universe, Ascender. This new chapter launching from Image Comics on Wednesday, April 24 is set to recapture fans’ hearts and imaginations as well as provide the perfect jumping on point for new readers with no knowledge of the previous Descender series. 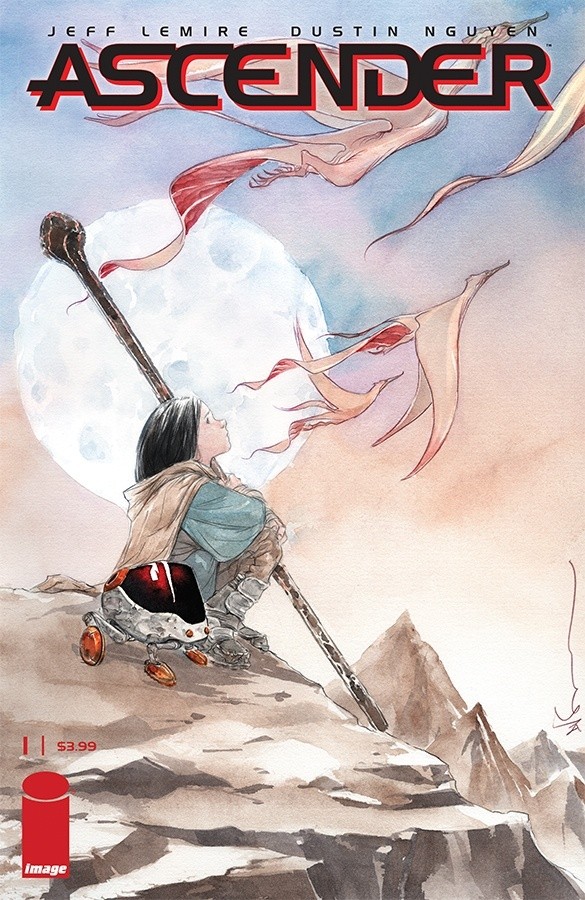 “Dustin and I love the world of Descender and we’re re-energized by this new direction, which has opened all sorts of new storytelling possibilities for us,” said Lemire. “Ascender will feel like a continuation of the Descender saga and like a brand new book all in one.”

Nguyen added: “Plus, it’ll be fantastic to switch from drawing machines and metal all day, to all flesh and fantasy for a while!”

Set ten years after the conclusion of Descender, in Ascender the machines have gone away, and in their absence magic has reclaimed the universe. Now one girl must embark on an epic quest to find robotkind and its fabled boy messiah, TIM-21, before it’s too late…

The Descender series launched in 2015 to massive critical acclaim. The series was recognized as an NPR “Best Book of the Year” in 2015, was listed four years in a row by the American Booksellers’ Association’s Young Adult Library Services Association’s “Great Graphic Novels for Teens” round-up, and made Newsweek’s “Best Comics Books of 2018” round-up. 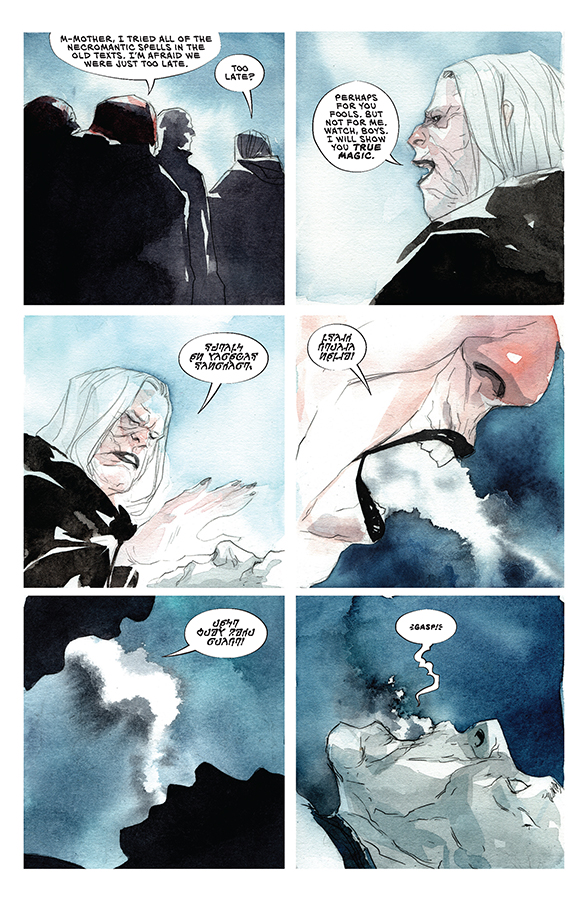 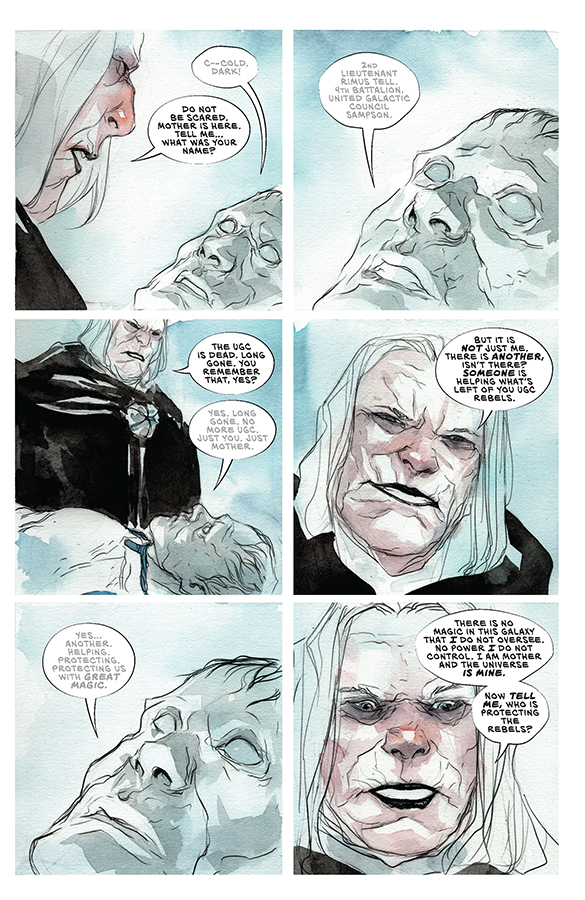 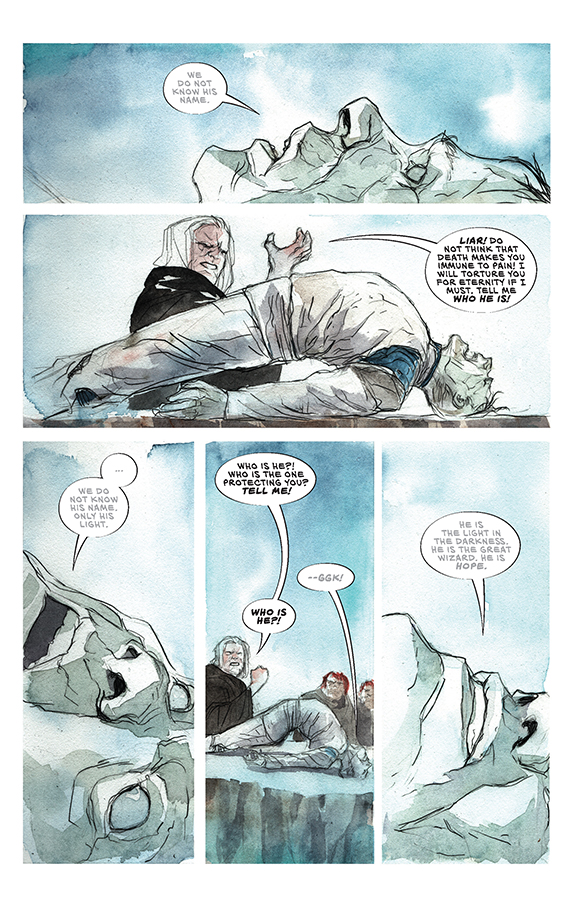 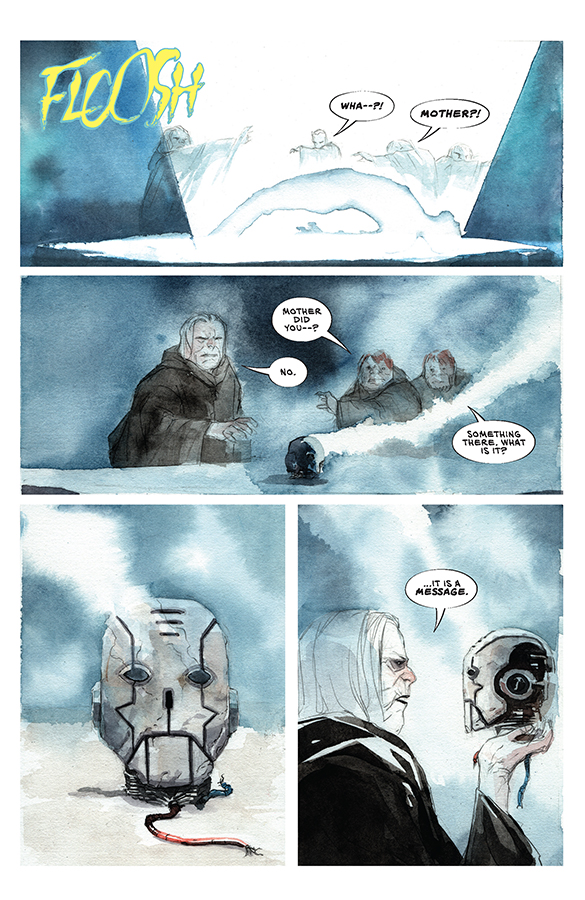 You can pre-order both issues #1 and #2 from TFAW. Issue #2 has a really kick ass cover.

‘THE HAUNTED GALAXY,’ Part One Powerhouse creative team JEFF LEMIRE and DUSTIN NGUYEN launch an all-new sequel series to DESCENDER with the launch of ASCENDER! Set ten years after the conclusion of DESCENDER’s storyline, magic has taken the place of machinery and the rules are very different indeed… Mila, the daughter of Andy and Effie from DESCENDER, spends her days exploring the lonely wilds of the planet Sampson and trying to stay out of the clutches of the evil disciples of the all-powerful vampire witch known only as Mother. But, like her parents, Mila doesn’t like to play by the rules, and when a certain robot pal of her dad’s shows up, nothing will ever be the same! With all the scope and heart of the sci-fi classic DESCENDER, LEMIRE and NGUYEN reunite to take readers on an unforgettable fantasy quest! ‘THE HAUNTED GALAXY,’ Part Two (of Five)-Mila reunites her dad Andy with his old robot pal, Bandit, but their heartwarming reunion doesn’t last for long. It’s forbidden to have robot tech, and soon they’re on the run from a troll militia with a vampire commander. Meanwhile, the vamp witch Mother moves to consolidate power on Gnish.