Fresh off the Image Press release is news that the new book Sonata is going back for an additional printing, that has new cover art as well. 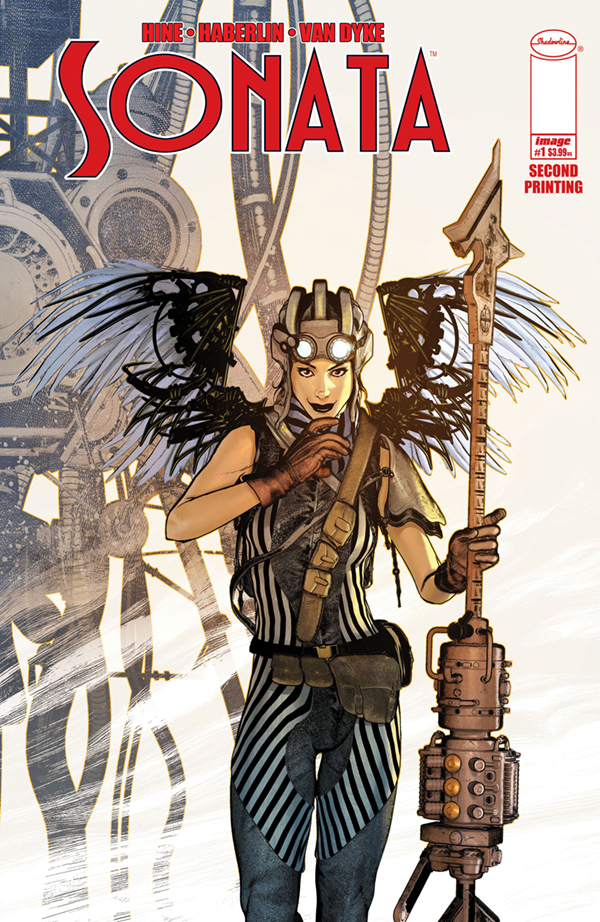 Critically acclaimed writer David Hine (Spider-man Noir) and artist Brian Haberlin (Witchblade, Anomaly) have a new hit with the launch of their steampunk fantasy series in Sonata. The debut issue was immediately rushed back to print by Image/Shadowline yesterday—same day as release—in order to keep up with overwhelming customer demand. The new series also features an exciting Augmented Reality (AR) component to bring the world to life for readers.

Sonata follows two civilizations in a race to colonize a planet thought to be the legendary home of their gods. Sonata, a skilled flier and daughter of the lead Ran engineer, and Pau, the young son of the Tayan colonist leader, must find a way to save themselves and their people before it’s too late. Romeo and Juliet meets Lost in this science-fiction/steampunk world filled with dark secrets, ancient ruins, and the threat of war.

Sonata #1, second printing (Diamond Code MAY198158) will be available on Wednesday, July 10. The final order cutoff deadline for comics retailers is Monday, June 17.

2 thoughts on “Sonata Goes Back for Second Print – New Cover”