Reaver is getting a second printing with new cover art. Click continue to continue reading the Image Press Release:

) and Rebekah Isaacs (Buffy the Vampire Slayer) is being rushed back to print in order to keep up with increasing customer demand for the new fantasy series. 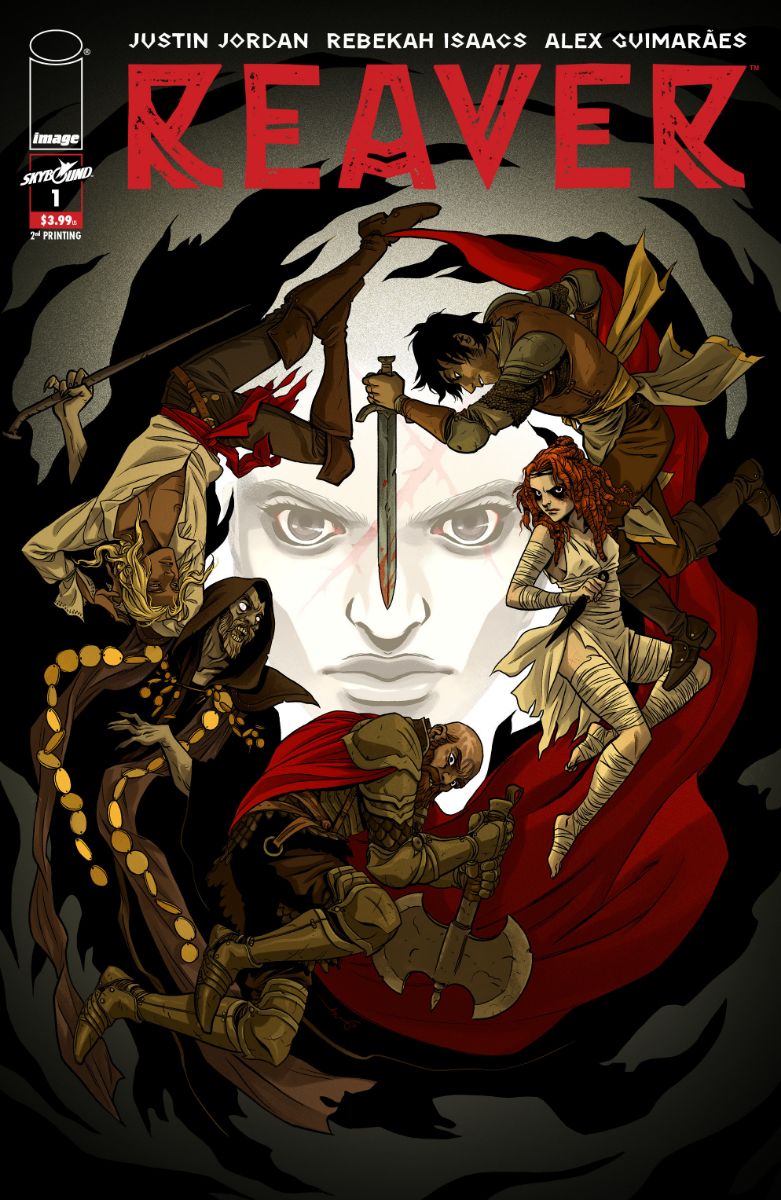 The continent of Madaras once promised a new start for settlers, but 200 years after its discovery, the war rages on. Deep within this savage and untamed land, a darkness builds at that must be stopped at all costs.

To do so, the Imperials assemble six of its most despicable prisoners—a turncoat, a skin eater, a sorcerer and his bodyguard, a serial killer, and the Devil’s Son—the only ones who can stop the end of the new world. They are Hell’s Half-Dozen.

4 thoughts on “Reaver Gets Second Printing with New Cover Art”