A little late to this press release but it’s still worthy of mentioning as this was one of the better Image titles I think in the past 5 years, particularly for an ongoing Image title. You don’t see many Image and indie titles making it this far along the release road..  This is one book I’d love to see adapted in a kick ass long running television show.

The long-running, science fiction/western crossover series East of West by Jonathan Hickman (House of X, Powers of X) and artist Nick Dragotta (Howtoons, Fantastic Four) will come to a show-stopping end with the final issue of the series, East of West #45, set to land in stores this December from Image Comics. 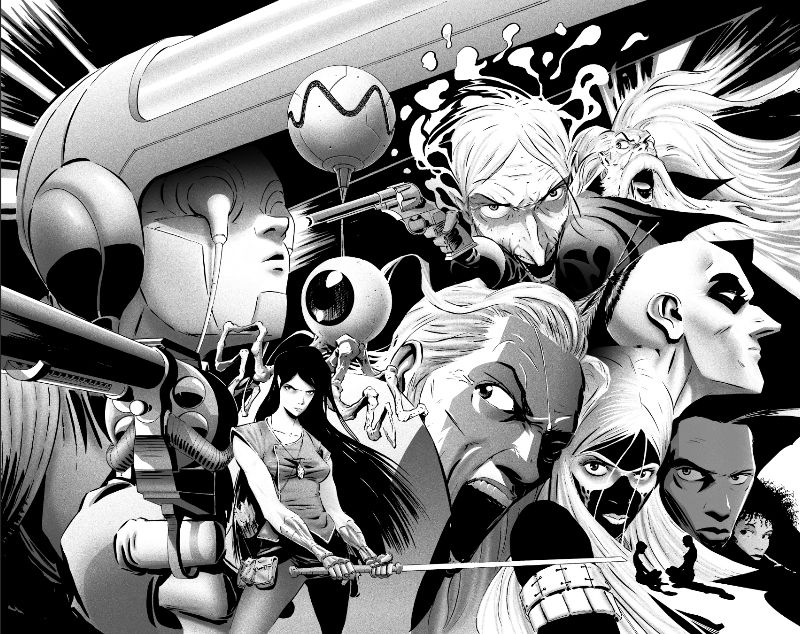 “In this business, it isn’t often that you get to end a project exactly the way you want to, and I think that’s what makes this one so special,” said Hickman. “We started East of West with a story we wanted to tell and we’ve had the incredible honor of having a bunch of fans make that story a reality. So, enjoy it. God knows we have.”

The beloved dystopian series first launched as a monthly series from Image in March 2013 and explores a dystopian America, divided into seven nations, wherein the Four Horsemen of the Apocalypse are cast as heroes.

Dragotta added: “It all goes down in East of West #45, an extra-length, action-packed issue that has been one of my favorites to draw. Creatively with Jonathan, Frank, and Rus, East of West has been an incredible ride, and none of it would have been possible without you—the readers—and Image Comics. We did it, 45 issues… thank you and enjoy the end times.”

In East of West #45, the epic world-building, political intrigue, and character drama wrap up into a final showdown that will shock fans.

East of West #45 will be available at comic book shops on Wednesday, December 25.

East of West is also be available for purchase across many digital platforms, including the official Image Comics iOS app, Amazon Kindle, Apple Books, comiXology, and Google Play.